BTS’ 'Permission to Dance' is More than Just Another Hit, it’s a Self-Reflective Anthem

In three minutes and seven seconds, BTS uses feel-good pop to show why they never needed anyone’s permission in the first place — and why you shouldn’t either.
Written by
Aimée KwanJuly 9, 2021 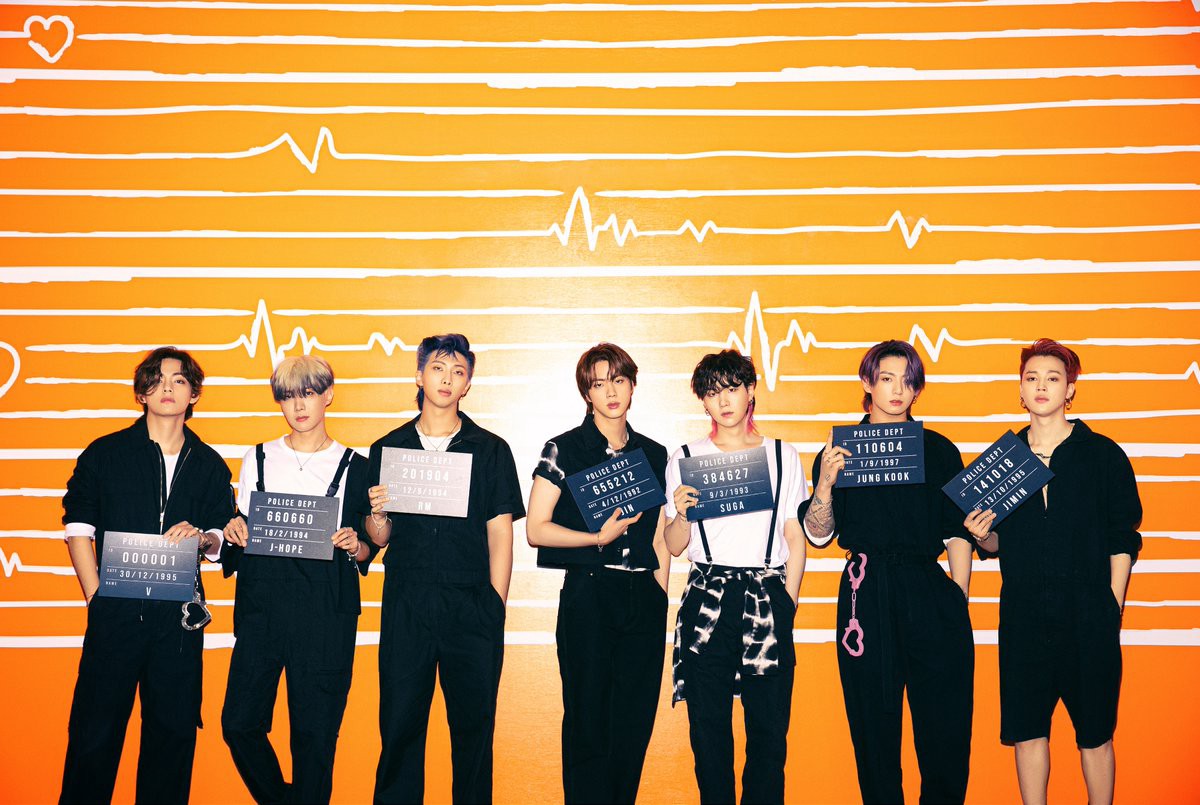 ‘When the nights get colder, and the rhythm’s got you falling behind, just dream about that moment when you look yourself right in the eye, eye, eye… then you say: I wanna dance.’

We’ve now reached that rather remarkable point in time when BTS (Bangtan Sonyeondan) releasing new music feels something akin to a global event. After all, where’s the lie in that: there have been a multitude of fan events set up all over the world for the 9th of July release of the group’s newest track, Permission to Dance. The song might essentially be a b-side to go alongside BTS’ 2021 smash hit Butter, but as anyone even vaguely acquainted with the group knows, BTS goes as hard on their b-sides as they do on their title tracks.

Permission to Dance is no exception. A happy pop track that sits on a bed of bright piano, strings and the odd funky guitar, it harkens back to some of the best feel good musical song out there. Indeed, if BTS were ever to create a musical based on their discography one day — and let’s face it, anything’s possible with them — I’d feel incredibly hard done by if this song was not included.

The lyrics also accompany this musical feel of the song, with the seven artists expressing both the acknowledgement of the bitter things in life that can face you. What’s solution to all the hardship and stress you feel life throws at you? Why, just let go, feel the music and dance.

But beyond the song’s surface message and the happy, serotonin-boosting video that accompanies it, Bangtan Sonyeondan is tapping into much deeper ideas that might be missed with just a casual listen.

Throughout BTS’ eight-year career, they’ve dealt with their fair share of cold nights and naysayers that have pushed back against the art they wanted to create. Ask any ARMY (the singular and plural term for BTS’ fans), and they’ll be able to tell you about the swathes of racist and xenophobic abuse that have plagued the group, as well as mistreatment in the early days of their career due to the fact that back then, their company Big Hit Entertainment — now HYBE — were virtually unknown. It would be quite an understatement to say that in their career the group has had many reasons to feel like they should stop dancing, or at least, that they don’t deserve to.

Their fans are not (as the stereotype would have you believe) just confined to young teenage girls, but encompasses people of all genders, ages, sexual orientations, abilities and ethnicities. It’s not uncommon to find an ARMY chatting about whether or not their mother and grandfather have the same favourite tracks as they do, or to find an ARMY who’s sent gifts to another ARMY friend thousands of miles away. Most ARMYs would say that BTS’ music and lyrics give them empowerment due to the group’s constant exploration of society, identity and emotion in their art.

Permission to Dance follows this vein in a way that is poignant due to the fact that whilst the group have never been bigger, they have continued to deal with detractors that simply dislike the fact the group cannot seem to stop reaching greater heights.

Weverse Magazine, a publication that is put out by HYBE, recently published an in-depth article discussing racism against the Asian community, particularly in the West. Within that, they were able to briefly reflect upon BTS’ own mistreatment (and it is not the first time Weverse Magazine has addressed this) in Western countries, which has only persisted irrespective of breaking global sales records or achieving recognition by other big names in the music industry. Instead of getting more respect for being Korean artists that have succeeded in a Western market whilst predominantly singing in Korean, they’ve still found themselves snubbed or used for clout. A Grammy nomination still hasn’t gifted them equal respect from the Western music industry, a feeling many other Grammy nominees who belong to minorities can identify with.

In life, everyone has their own experience of this: playing the game to hope your survival or success will justify your personal sacrifices. That might be feeling you have to hide your sexuality, pretending your mental health is okay or being forced to use pronouns you don’t wish to in order to just… make things easier. But for who are you making things easier? Yourself? Or others?

In that sense, Permission to Dance isn’t just about finding joy for yourself when you feel things aren’t so great. If that were so, the song could, perhaps, just as effectively be called I Wanna Dance.

‘There’s always something that’s standing in the way,
But if you don’t let it faze ya,
You’ll know just how to break,

’Cause there’s no looking back,
There ain’t no one to prove.’

However, with the repetition of the words such as ‘permission’, ‘prove’ and ‘break’ throughout the song they remind us that it’s okay to let go of the conventions that stop you from being yourself as you are. You certainly shouldn’t have to get anyone’s approval to feel comfortable in your own skin. In the track, the concept of dancing becomes a symbol of freedom, of expressing exactly what you wish, or to be who you really are without being afraid of anyone else’s opinion.

At the beginning of the track, Jungkook sings:

Which of us has not felt the wish to return to the innocence of who we were when we were younger, before we knew which rules we had to stick to in order to be accepted by the status quo? Perhaps if we all had a bit more of that in our soul, and therefore a tad more compassion for both ourselves and others as a result, the world would be a better place.

A line in the song’s pre-chorus reflects the song’s deeper message well:

At the end of the day, we’re better when we don’t put on pretences: when we don’t ‘talk’ or chat rubbish to make others or ourselves feel that we’re keeping up appearances. After all, actions often say more than a thousand words, and if we just choose to ‘be’ instead of all the posing and posturing, who knows what happiness we might find?

So yes, Permission to Dance is ultimately a great summer bop, another fun track that will no doubt please all ARMY and be an earworm alongside the rest of their work. It might not be the septet’s best song; though when their discography includes tracks such as Spring Day, Pied Piper and Black Swan, they do not need to prove to anyone that they can consistently put out masterpieces. Yet with the song’s positive lyrics, it can easily catch on with casual listeners who might just hear a snippet of the track as it plays on the radio or on a friend’s party mix. It’ll certainly make the rounds on many ‘feel-good’, ‘shower’ or ‘summer party’ playlists to come.

Thus amongst the song’s unstoppable brightness, BTS are joyfully acknowledging that they’re rising above the need for validation from people who would never give them permission to ‘just be’ in the first place. A tad ironically, through their third English offering, they’ve fully realised that now they can truly be whatever they wish. The track is, at its core, defiant expression encased within a feel-good musical wrapper.

In Permission to Dance, BTS certainly don’t need permission to be themselves anymore: and neither should you.

Permission to Dance is out now. BTS can be found on Instagram, Twitter and most other music platforms.