Fivel Stewart On Modern Culture, Identity and More In 'Umma'

Fivel Stewart takes to the silver screen alongside Sandra Oh in brand new movie Umma, where her character Chris grapples with an unconventional upbringing and a troubled mother. The actress sits down with &ASIAN to tell us about bringing her character to life.
Written by
Aimée KwanMarch 18, 2022 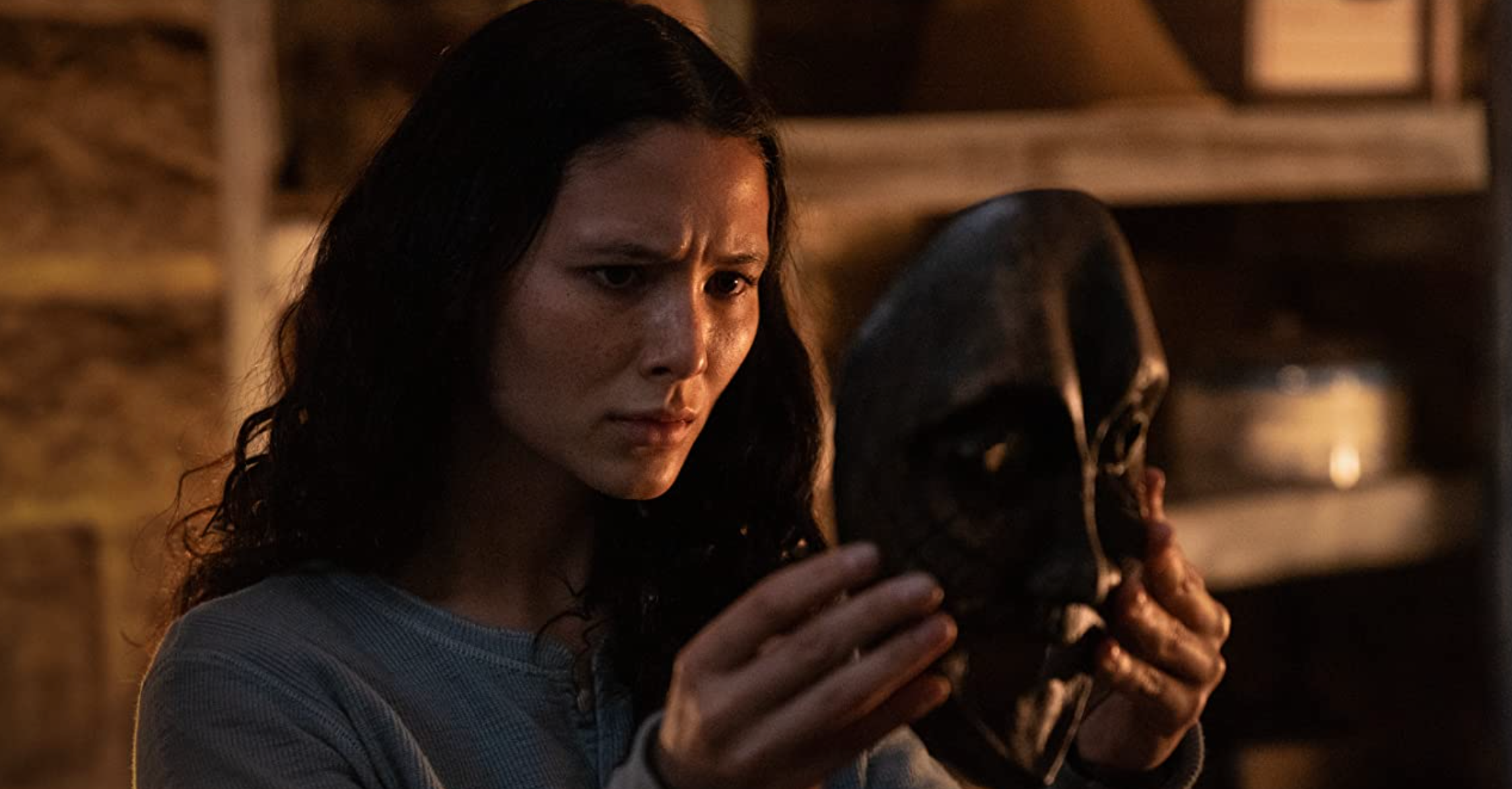 Thank you so much for speaking to me today! What I really loved about your performance in Umma was how, even though Chris has obviously had a very restricted, unconventional upbringing, there's never any sense that the way she's turned out is... a caricature; she felt so real to life.

What was the process of creating that character like for you?

Well, I think the dynamic between Amanda (Sandra Oh) and Chris... we already developed a mom-ish relationship between each other. So to sit in Chris's body and to be that kind of, timid, more shy and not experienced person, and to have my mom be the more powerful person in our relationship was quite was quite easy to step into because we kind of were already building that on set, and in our real life together.

When it comes to Chris' mindset where she's never had the internet, she's never had electric lights, stuff like that... how much did you do to create that lived experience? Was that something quite easy for you to get into or actually quite a struggle?

No, no, it was quite easy. I mean, I don't really go on my phone. Much. I just, like, got an Instagram five years ago.

So that whole, technological device and being attached to the internet and my phone...  I am not like that personally, so it wasn't too far of a stretch for me.

When it comes to the East Asian heritage you have through your mother: how did being part of this movie helps you connect with that?

Or did you conversely try and hold off on that on purpose because that's Chris' experience?

I definitely connected to it. Because, you know, I'm Asian, but I'm American. I look one way, but my culture is another and my mom, she's Chinese, Japanese and Korean and I have never really asked her about her heritage, or her culture or how she was brought up.

So it really allowed me to feel comfortable to be like, "Mom, I want to see pictures of your umma or your appa (Korean for father)" and she started printing them out! Like, her and I got, I would say, a lot closer just because I knew what she went through as a young woman being Asian.

How much do you think the movie connects with the Asian American experience in general?

That idea that, within people, you might possess multiple cultures, multiple ethnicities and you have learn to express all those things in different ways and around different people.

Yeah, I think it really captures it. I mean, you see this woman [Amanda] running away from it, and she can't, because it's a part of her. And it's a beautiful thing about her.

I think that you come to realise that you should didn't run away from who you are or what you look like or what your culture is because you will find beauty in it. And I think Amanda ends up maybe though hard ways, finding that out, but I think ultimately she will realise like, "Maybe I shouldn't raise Chris so foreign to who she is because in the end, it will hurt her."

You've worked on films and productions with horror and supernatural elements before.

How was the process on Umma different from the experiences you've had on those other productions?

It's complicated I feel like when people bring up like my past of production, I feel like a lot of the things that I was doing when I was younger was just like... to try it out, to see if I wanted to do it. So you know, now those things are out there, and they're a part of me, which is great, because they were just a learning experience.

But I would say this is like my first... I mean, I did do a film called The Haunting of Sharon Tate, and my dad stunt coordinated it. I was just supposed to be a stunt woman, but I ended up being one of the female, like, killers. So I guess that would be kind of similar.

But to be really immersed, and to have dialogue and to have a character and to build a relationship... I would say this is like my first actual 'film'. And, I mean, it feels so good. Like, I'm so excited to see it in theatres and to see it with the music and like... yeah, I'm stoked.

What  do you hope people, especially people around Chris' age and your age take from watching the movie?

Just to embrace who you are. Just to not run away from these things, even if you think they are weird or strange, or if you think you should look one way and you don't... to detach from that thought, because the end of the day what you have no one else does, and you are one unique individual, so to really embrace that.

Umma is out today.