lewloh, The B-Sides: A Behind-the-Scenes Look at His Time with &ASIAN

In the epilogue to lewloh's exclusive interview with &ASIAN, we share a couple of extra cuts from the photoshoot, as well as a few videos and special comments from lewloh himself.
Written by
Aimée KwanMay 13, 2022 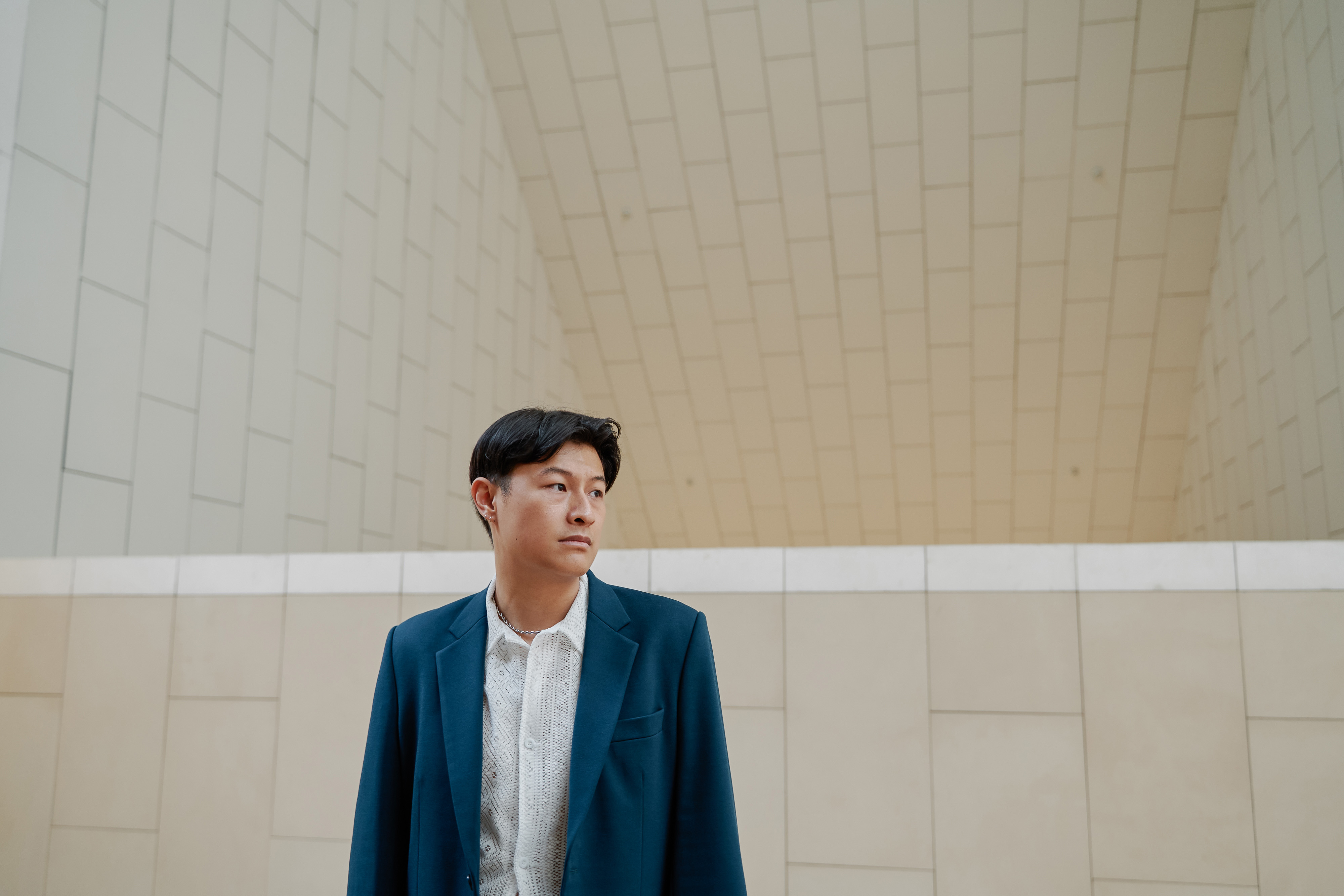 During a few days in early March, folk-pop singer-songwriter lewloh spent time with the &ASIAN team, sharing his many thoughts about music, representation and more, from his home base in Singapore.

His photoshoot with &ASIAN collaborator Joel Chua was held in Singapore, with our creative team in the UK and US sharing ideas with Joel before the shoot, and many ideas were shared regarding the shoot's location; one team member's experiences in Singapore were an initial starting point for ideas.

Joel suggested utilising the urban architecture in Singapore to create the effect of "isolation in an urban setting".

Our Creative Director for the shoot, Yin Ting Lau, added, "I think that the motif of repetitive architecture super effectively represents the pressure of conformity that hangs over Asian youth."

Regarding the shoot, lewloh reflected, "Joel and I decided we were going to explore a different aesthetic for this shoot. Instead of my go-to nature, we wanted to approach the shoot with an urban/corporate lens."

"I was very curious about the idea that the business suit can feel constricting and uncomfortable, and wanted to see how much movement and 'creativity' I could express in it. So I donned my senior prom suit, which barely fit... and these are the pictures we composed!"

Our &ASIAN collaborator  Joel Chua can be found on Instagram.