In the first single from their upcoming English album, MONSTA X sends out a tender message of lost love through another ballad that showcases their vocals.
Written by
Aimée KwanSeptember 10, 2021 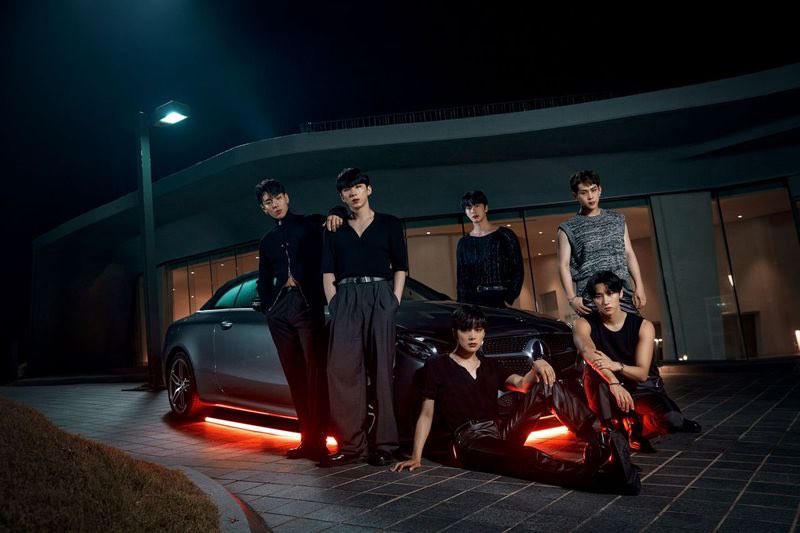 Excitement was in the air when earlier this year, news was dropped that boy-group MONSTA X would release a new English album soon. In between the release of their first English album ALL ABOUT LUV in the first quarter of 2020 the group have released two Korean EPs, one Korean full-length album and a Japanese full-length album, not to mention the odd extra single here and there. Previous member Wonho is now pursuing his own successful solo career, eldest member Shownu has recently enlisted in the military (as is mandatory for all Korean men by the age of 30) and all the other members also now host their own shows (Minhyuk on his own, Joohoney and Hyungwon, and Kihyun and I.M. doing shows in pairs).

It’s safe to say so much as happened the members’ careers that it’s a wonder MONSTA X has found time to record another English album. Yet somehow they have, and ‘One Day’, the first single from the album, has now been served to get hardcore fans and casual listeners alike excited for the upcoming record.

It’s a sad, melancholic track that speaks of a lost love and sits at the same table as the group’s other reflective English love songs while also harkening back to the best 90s and 00s boy-band ballads. Without a rap section the song gives all the members a chance to really show off their vocal skills; their voices blend well, and it’s as much a pleasure to hear as it was in one of their 2020 MVP tracks ‘Sorry Not Sorry’. Since the group’s Korean discography is often more fast-paced and heavily layered, it’s always great to hear them in tracks where they can play with other soundscapes. In ‘One Day’, even though the song’s lyrics talk directly of romantic love, there are moments where the chorus taps into the emotions of anyone missing loved ones, romantic or no:

ALL ABOUT LUV was slowly introduced to the public through a variety of singles: the radio friendly ‘WHO DO U LUV? (feat. French Montana)’, slick and groovy ‘MIDDLE OF THE NIGHT’ and sweet-as-candy ballad ‘SOMEONE’S SOMEONE’. Therefore it’s safe to say that whilst ‘One Day’ is a ballad perfect for autumn, we should be ready to expect the unexpected with future upcoming singles before the album drops.

We’ve still yet to receive a release date for MONSTA X’s upcoming English album but until we get more news or information, we’ll all enjoy taking a moment curled up under the blankets listening to this little gem of a heartwrencher.

One Day is out now. MONSTA X can be found on Instagram, Twitter and all major music streaming platforms.