SEVENTEEN Are Unstoppable Artists In 'Face the Sun'

The thirteen-member group's fourth LP is a scorching set of some of their most confident and enthralling music.
Written by
Aimée KwanMay 27, 2022 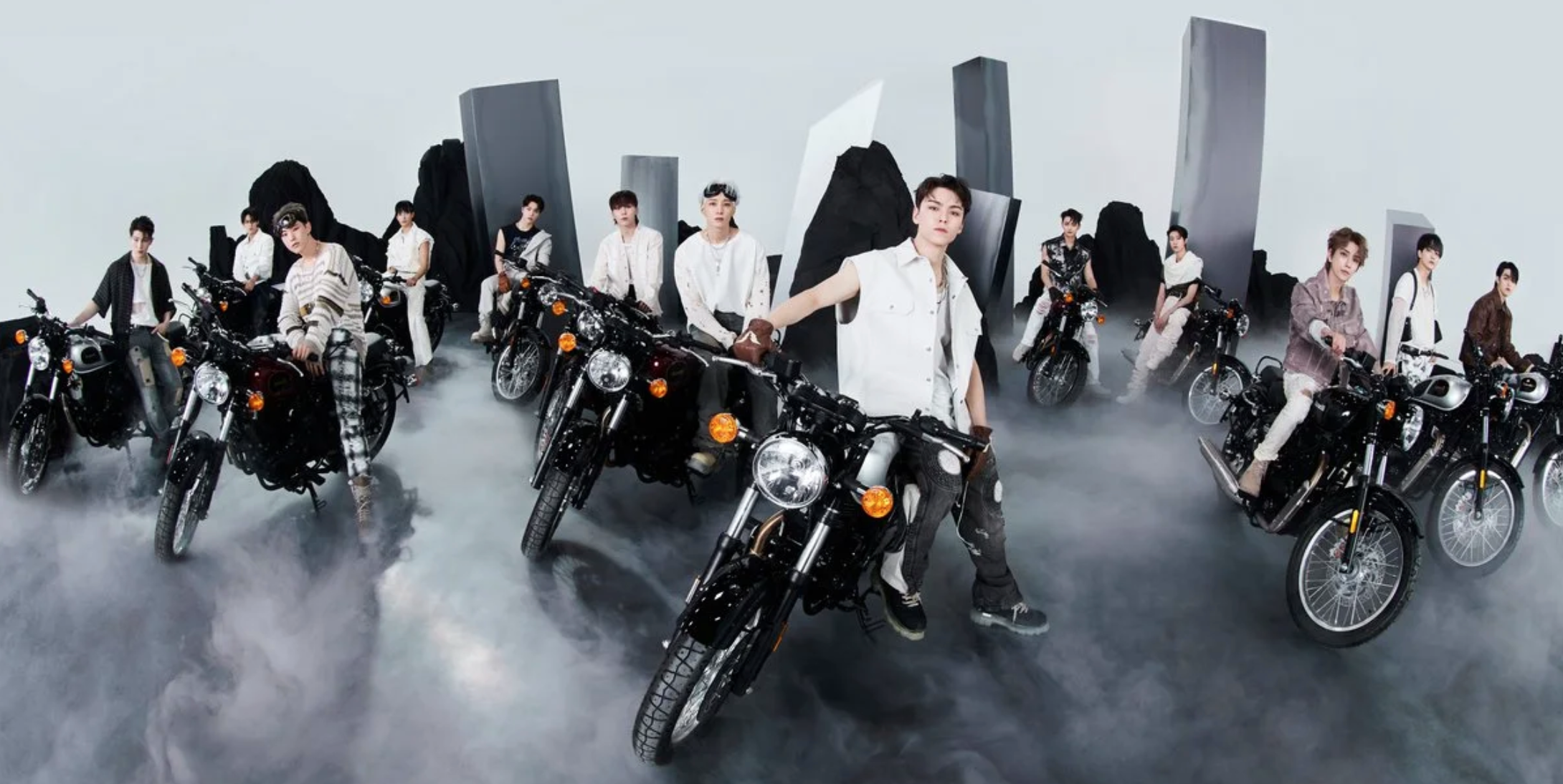 For listeners using Apple Music or who purchased a certain version of SEVENTEEN’s newest album Face the Sun on iTunes, they would have had the chance to listen to a tenth track at the end of the album where one of the group’s members, Vernon, explains in detail the narrative throughline of the album, its themes, and the level of the group’s creative involvement in the album. He says, “WOOZI co-wrote all [the] tracks that complete this album, and S.Coups, Hoshi, WONWOO, Mingyu and myself, Vernon, participated in writing the composition and lyrics”. The overall message is clear: the group does not wish to have their artistic integrity or conscientiousness questioned for even a second.

For a group that managed to survive K-Pop’s seven-year-curse and renewed their contracts with all 13 members intact, perhaps we should not be surprised at this boldness and confidence. Company restrictions common across the industry that limit an idol’s artistic input (especially in a group’s early years) have led to the over-asserted stereotype that groups have no creative control, awareness or say when it comes to their music. Yet SEVENTEEN has been self-producing from the very beginning, and for a group so long in the game, it seems only right that they assert that they’re still here not because they are merely products within the industry, but because they’re artists to the last.

Title track ‘HOT’ appears second on the album’s tracklist, and follows the gentle all-English-language serenade that was the group’s earlier release ‘Darl+ing’. However, ‘HOT’ is very different from its predecessor, as the fast tempo hip-hop pop track runs breathlessly from beginning to end. The song’s lyrics see the group revel in their own self-confidence and assurance in the path that lays before them. Whilst the track opens with a Latin guitar lick that harkens back to the most fabulous telenovelas and old-school Westerns, a siren sound punctuates throughout the rest of the instrumental: this SEVENTEEN have come to burn it up and leave naught but scorch marks in their wake.

Lyrically, all the songs on the album convey arguably the greatest level of fearlessness that the group has ever exhibited consistently in a project. Songs such as ‘DON QUIXOTE’ and ‘March’ see the members sing of freedom and lack of concern for how people might see or critique them, with all their energy instead focused on making the world their own. The songs that focus on love touch on open passion and an empowering lack of doubt in the feelings they possess, and ‘Domino’ and ‘IF you leave’ continue on this lyrical trend that the group also explored in their previous 2021 release Attacca. Even if love is felt for just a moment, or destined to burn out tomorrow is no matter, for conviction in their emotions is never-wavering.

This lyrical confidence is balanced out with the album’s composition: on average the nine-track record runs on a fast tempo and just as ‘HOT’ is a breathless caper from beginning to end, so is the record. Even though the album clocks in at just under half an hour, it speeds by for the listener.

Some songs tap into the SEVENTEEN soundscape CARATs (the term for their fans) will be familiar with, such as the ballad ‘IF you leave me’, the fun pop-bop ‘’bout you’ and the dance-pop track ‘Domino’. Yet as to be expected from the group, they continue to push the envelope: ‘Shadow’ is a song that initially starts as though it might become an 80s-inspired pop track, before a drum-and-bass beat takes over that eventually meshes beautifully with a chorus where a strummed guitar is the star of the instrumental.

‘March’ is possibly the most rock song the group has ever put out and a nice nod to the rock sounds they also used in their previous hit title track ‘Rock with you’, whilst by contrast ‘Ash’ is one of the most hip-hop tracks the group has ever released and is an understated but intense song that sees the group round off the record with the affirmation that they’ll move ‘Towards the next world, higher…’.

Bold and incandescent is a perfect way to describe Face the Sun, and perhaps no less than such would have sufficed for a group whose last full length album (2019’s An Ode) was critically acclaimed and still holds up as one of their best records ever. Face the Sun is perhaps a testament to why the group has both lasted so long and have never stopped growing; the album is unlike any other record the group has put out before, a feat when you consider that their discography features  a whopping ten EPs, (now) four LPs and two repackages.

Vernon states, “We wanted to portray the cathartic release of making the courageous choice to confront your inner shadows. This album will take listeners from the moment of facing your deepest fear, to the grand dreams that emerge in overcoming these fears and finally, coming together to move past the weight of such fears and face a new world.”

It’s a striking narrative that the album sees through with excitement and exhilaration and is perhaps perfect for many of us figuring out how to confront our own fears and so emerge renewed in this still-tentative post-pandemic world.

In ‘DON QUIXOTE’ the group sing:

More than ever, SEVENTEEN know who they are, what they want and are primed to take on any obstacles that might come their way. In Face the Sun, they hope you’ll join them.

Face the Sun is out now. SEVENTEEN is on Instagram, Twitter and all major streaming platforms. Translated English lyrics are from lyricskpop.net

'Hallyu! The Korean Wave' At The Victoria & Albert Museum: An Exhibition Perfect For Fans & Newcomers Alike

The museum's newest exhibition celebrating the global reach of Korean popular culture is a rewarding visit for anyone already in love with it, and worthy of much exploration for those encountering the phenomenon for the first time.
by
Aimée Kwan

Yoojin Choi On Bringing The Hallyu Wave To Life

&ASIAN sits down with one of the curators of the newest V&A exhibition Hallyu! The Korean Wave, Yoojin Choi, to talk all things Hallyu, the essence of Korean culture, and much more.
by
Aimée Kwan

The multi-hyphenate sits down with &ASIAN to talk about Lollapalooza's expansion into India and the launch of her and her husband's new music label, Imprint Label.
by
Francesca Verceles-Zara