WONHO Returns At The Top of His Game In 'Obsession'

The pop star smoothly saunters into Feburary with his signature slick sound and a dose of vulnerability.
Written by
Aimée KwanFebruary 16, 2022 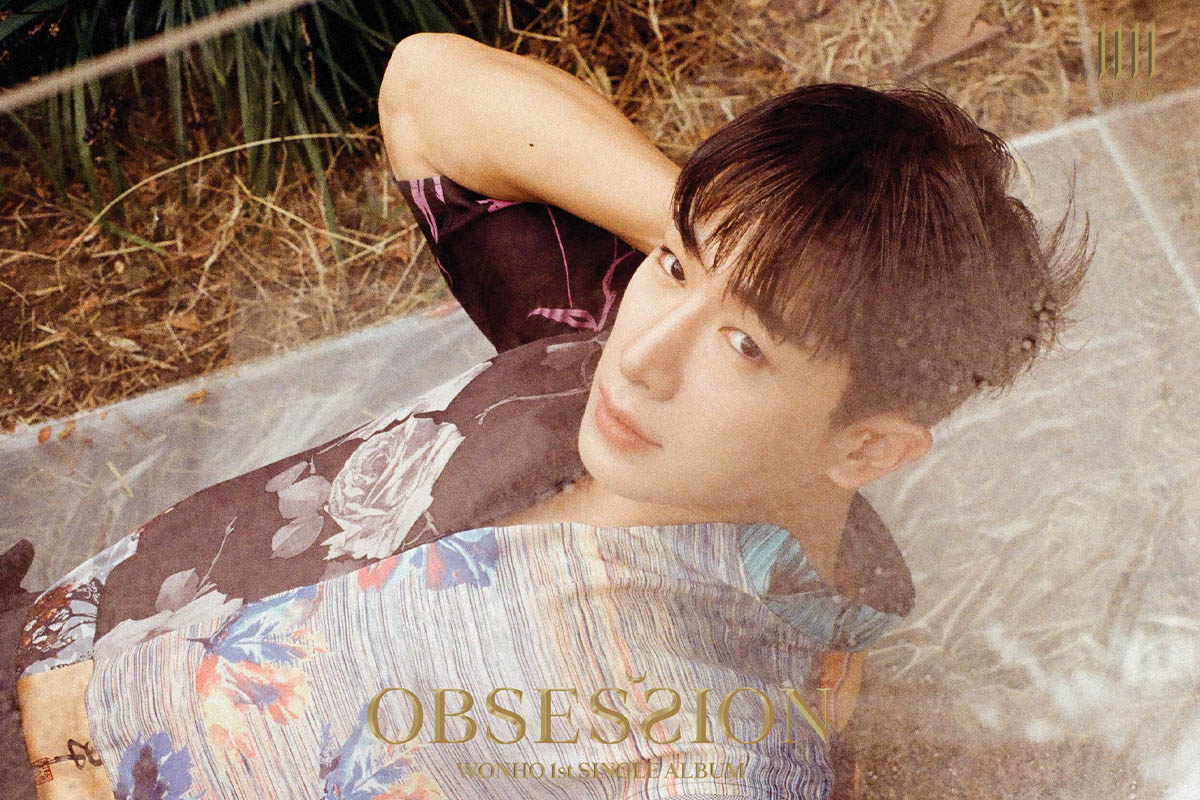 WONHO for 'Obsession'. Photo: Highline Entertainment.
Now Reading:
WONHO Returns At The Top of His Game In 'Obsession'

The last time we saw WONHO, he was bringing a dose of summer sunshine to our autumn 2021 discographies with EP Blue Letter. The record was somewhat of a departure from his dance-pop and R&B tinged past records, and showed off a side to WONHO that we hadn’t seen much since his solo debut.

Now, in his first-ever single album Obsession, he serves us six minutes of precise pop goodness in both Korean and English that serves to remind us just why recognition for his work has been growing surely but steadily over the past year.

Title track ‘EYE ON YOU’ is WONHO at his dance-pop best. The visually arresting and supernatural inspired music video aside, WONHO and the dance-pop genre have always been a match made in heaven. The gentle tone of his voice often seems to add a dimension of both self-awareness and sultriness to such electro beats, and ‘EYE ON YOU’ is no exception. Whilst he sings of a potential future lover that he simply cannot ignore, the music video once again shows off the physique that made WONHO go viral on TikTok in 2020. The title track stands alongside siblings ‘Open Mind’ and ‘Lose’ sonically, and will surely please both WENEE (the name for his fans) and casual listeners alike.

Second track ‘Somebody’ is no dud either. An English-language pop track buoyed by a simple but oh-so-effective bass line, this time WONHO sings about his anxiety and loneliness. The song itself is catchy enough and WONHO’s vocals sit front and center, never overwhelmed by the track’s instrumental. Yet it also shows off his underrated ability as a lyricist, something he also partook in when he was a member of MONSTA X. In ‘Somebody’, alongside ENAN (SAVAGE HOUSE GANG) and Sun Ahn he pens:

Obsession is a short but sweet offering from WONHO, and he mentioned during Changmin’s Free Hug show on Naver NOW how he intentionally chose to come back with a single album as opposed to a mini-album so that he could focus on just these two tracks.

Such careful attention has paid dividends. Both tracks show off the different sides of his personality and artistry that make him so beloved and he moves between the Korean and English track deftly: a reminder of why WONHO fits being a crossover artist so well. For those not yet acquainted with his work, Obsession is the perfect introduction, capturing so much about his sound and artistry in so little time. Ever since his solo debut fans have been clamouring for more people to see why he deserves recognition for not just his skills but also the acknowledgment that he is more than just another pop artist. In Obsession, WONHO certainly pays back their faith.

Obsession is out now. WONHO is on Instagram, Twitter and on all major streaming platforms. All translated lyrics are from LyricsTranslate.com.