5 Things We Learned From BTS's Online Concert, 'Permission to Dance'

BTS reached 197 countries around the world on Sunday with a concert as jaw-dropping as we would expect from the Grammy-nominated group. But what stood out the most?
Written by
Aimée KwanOctober 24, 2021 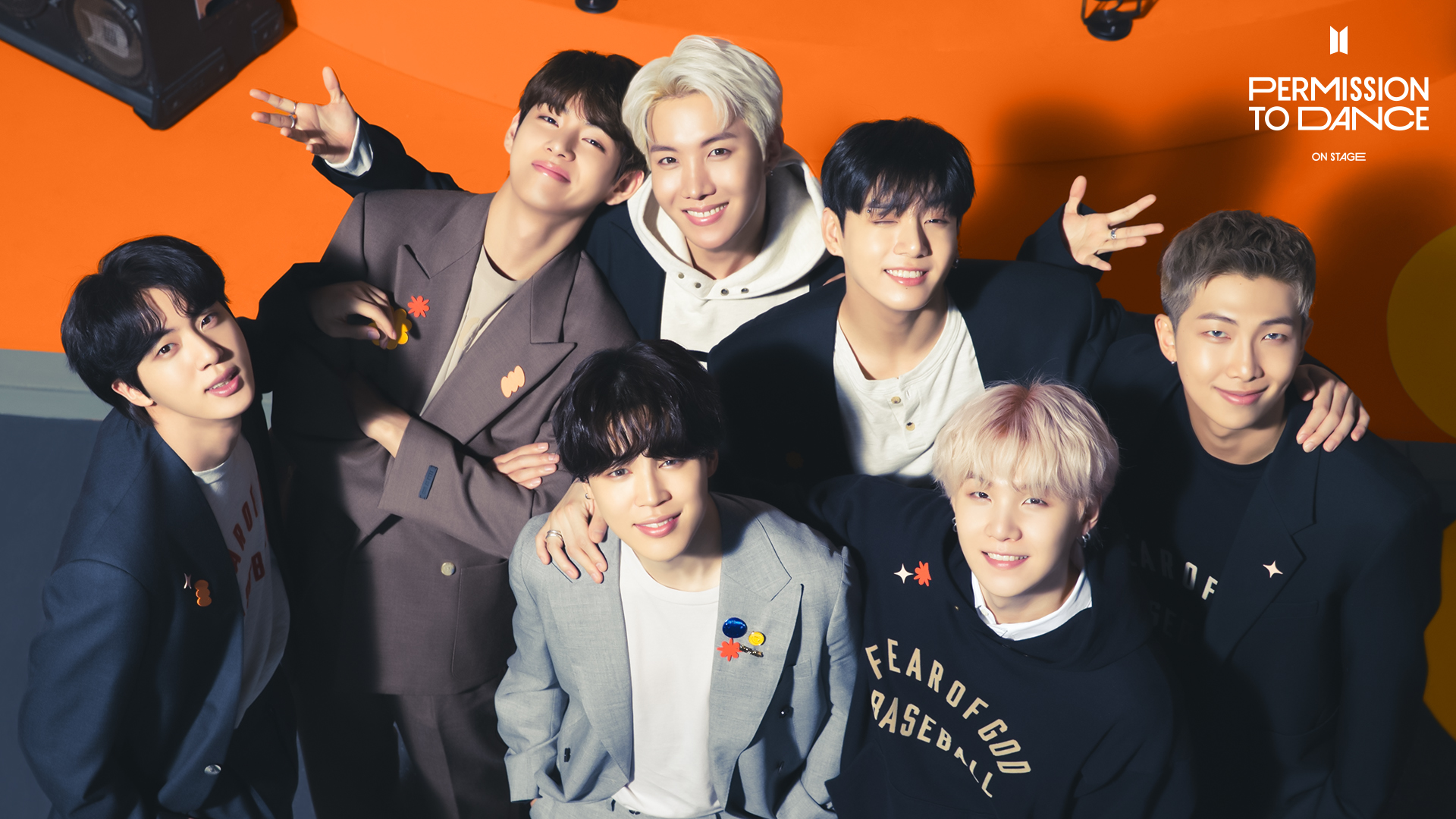 This review features spoilers. (You have been warned).

BTS had millions of their fans (also known as ARMY) abuzz when they announced their first concert of 2021 would not only be online, but would also run for four dates in Los Angeles (the uplifting SOWOOZOO they broadcast live in June of this year was technically a fanmeet, not a concert - though it certainly was on a scale of many a concert). With the last of the LA dates set to be broadcast live on the 2nd of December, BTS' online concert broadcast yesterday from Seoul served as a treat for all their fans wondering what they would be able to experience in person if they were lucky enough to cop a ticket.

The three hour concert was a three-hour spectacular that could be appreciated by both casual listeners and die-hard fans: yet if you missed it, or just want a refresher before the LA broadcast, here are some of our most notable moments:

Even the most casual ARMY will be able to tell you that the group has experimented with solo and unit songs within the group's huge discography. In all the groups latest tours: the WINGS tour (2017), as well as the Love Yourself (2018-2019) and Love Yourself: Speak Yourself (2019) tours, all seven of the members had performed their own solo songs on stage. 2020's online concert Map of the Soul ON:E was no different. Permission to Dance changed things up by featuring all seven members throughout with no solo stages in sight. At the end of the concert, member V (who had to spend a large portion of the concert sitting - more on that in a bit), mentioned that crafting the setlist in this way was deliberate, saying 'without any solo acts, you won't be missing any seven of us'.

It was truly a joy to have all the members on stage from beginning to end, and we throughly hope they got a good rest at the end of the night.

2. V's injury was an unexpected occurrence, but a reminder of the intricacy of the group's stages and cohesion.

Due to an injury in his calf muscles sustained during a rehearsal, V was unable to take part in most of the dancing during the concert and reduced his movement by sitting down and never exerting himself beyond walking or standing. As fans trended hashtags around the world in support, his lack of presence in the dances only re-highlighted how intricate the group's choreographies are and harked back to the year before, when member SUGA also had to take time off from performing following shoulder surgery. During the concert all the other members continued to perform the dances as magnificently as one would expect, but it was a stark reminder that every member in BTS is vital: there are no fillers in their lineup.

Hopefully V will be fully recovered (get well soon, V!) by the time the group's LA dates roll around, and ARMY will be able to enjoy a version of the concert with all the members fit and healthy.

3. BigHit Music are missing a trick and a half by not releasing a concert or remix album.

For years fans have been clamouring for BTS' company to release any special concert remixes and mash-ups that pop up - I'm looking at you, light-up umbrella groove remix of 'Boy with Luv' - and the numerous remixes that also popped up during Permission to Dance had us all crying out for these to be dropped as well. Perhaps BigHit could put out some concert albums, perhaps they do some remix ones: one thing's for sure, the second these tracks are released, it won't be a moment too soon.

Remix highlights from Sunday include a 'Save Me / I Need You' mash-up, a happiness inducing transition from 'Stay' into 'So What' and yet more great remixes of both 'IDOL' and 'Boy with Luv'. Just drop these versions, BigHit. We promise you won't regret it.

4. Even with no crowd, the scale of the production was truly stunning.

There was a moment, after one of the group's most heartbreaking songs 'Blue & Grey', when they shifted from the ballad into hit track 'Black Swan'. The six members that were able to dance then performed a truly breathtaking sequence that we would honestly do a disservice by spoiling. It was one of several gasp-out-loud moments during the concert, and a statement that the group will never let up when it comes to putting on a stand-out show. The members even addressed this during the end of the concert, telling fans how they thought deeply about how to maintain tension throughout such a long show, especially as fans would not always be there (as was the case on Sunday). It is exciting to think how these spectacular moments will be even more appreciated when BTS get to perform in front of a live audience, and that is reason enough to get a ticket to catch the live broadcast of the LA show.

ARMY who are lucky enough to watch the group in person this year are certainly in for a treat.

5. The group's final messages to their fans were deeply emotional and also a reminder of the hardships many artists have had to go through during the pandemic - no matter how successful they may be.

Much has been said about the personal difficulties that artists have had to face during the pandemic, with the lack of touring and promotional opportunities not just harming their livelihoods but also their ability to create and grow. After performing the deeply emotional songs 'Epilogue: Young Forever' and 'Spring Day' near the end of the concert, when the group spoke to fans these struggles were touched on by all the members.

Leader RM's words were particularly poignant: "I sometimes wonder if I still have motivation. I need motivation to move forward. But it seems to fade away; but the situation is all the same in the world. No one's exempted from it. So I started working out, but I'm reaching my limit. I forgot my identity. So it's been hard... so I waited so long for today: in a place full of 50, 000 ARMY, then I'd get my identity back. But V was not able to join us, it was a bit unfortunate. But what I felt today is, to see you offline again would give me motivation enough. Just ARMY watching and having fun with us is enough."

BTS can be found on Instagram, Twitter, and all streaming platforms. All translations of quotes courtesy of the live translators during the concert.