The group’s newest Japanese single also stands strong as a great Christmas track in its own right.
Written by
Aimée KwanNovember 29, 2021 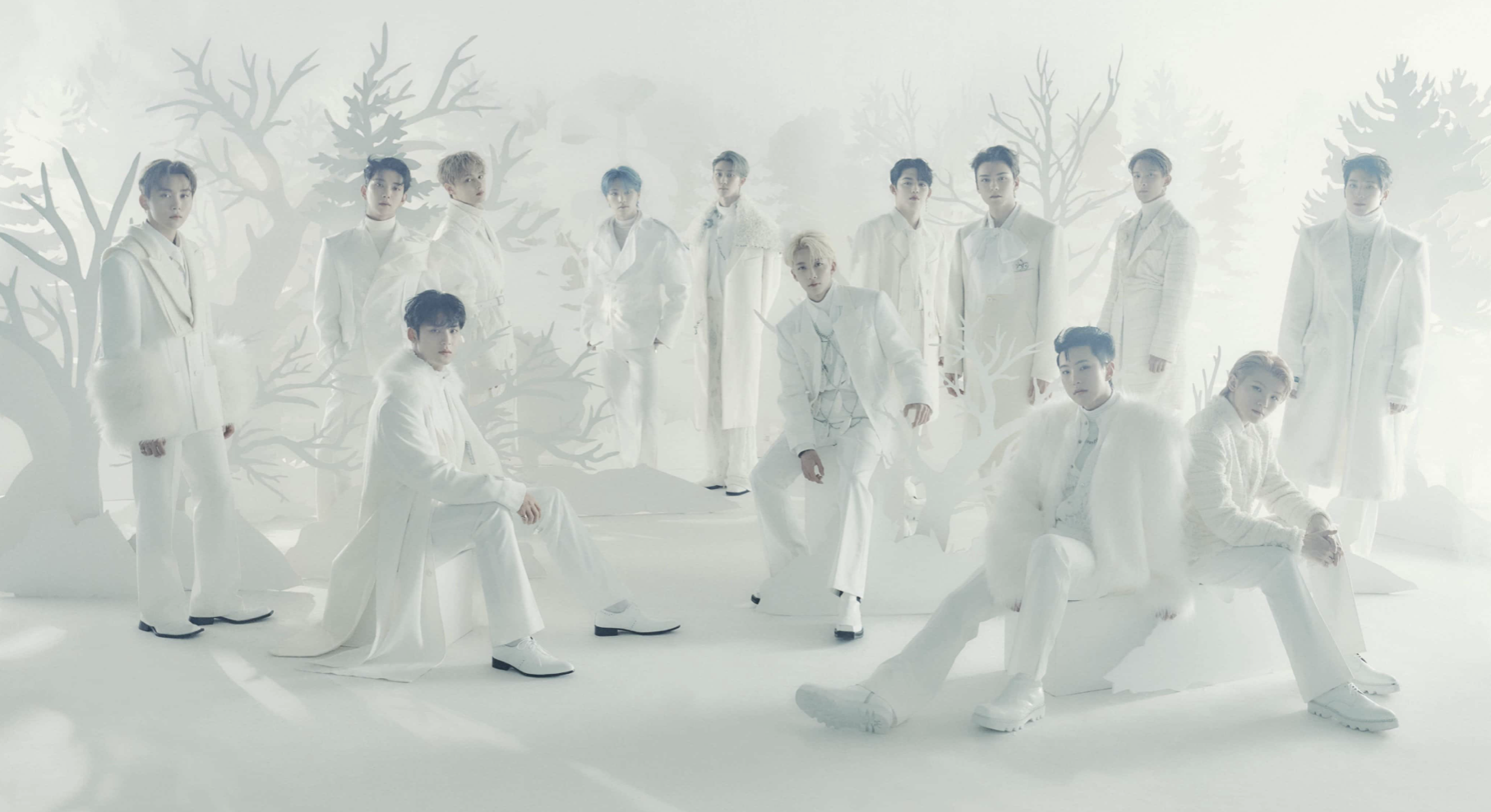 Thirteen-member group SEVENTEEN have given listeners some great Japanese singles over the years. Though they have yet to release a full-length Japanese album, hit singles such as ‘24H’ and ‘Fallin’ Flower’ are as beloved by fans (also known as CARAT) as their more promoted Korean language releases. Hot on the heels of earlier 2021 Japanese single ‘Not Alone’ (ひとりじゃない in Japanese) the group are back once more.

Newest Japanese single ‘Power of Love’ (あいのちから in Japanese) sees the group try something new with their solid Japanese output by being a full-on Christmas song released in time for the holiday season. A nondescript ballad promoted with a bunch of winter images this is not: Christmas music enthusiasts will not be disappointed in the slightest in how it embraces the best things about the seasonal genre.

The song’s lyrics see the group reflecting on the passing of time, the sadness such introspection can bring as well as the realisation that there is always an opportunity to rise up when we come together and embrace love. Therefore, whilst the song taps into some popular Christmas tropes to a T (without actually referencing the holiday directly) it is in the song’s instrumentals that we are able to sink fully into its Christmas season soundscape.

As a gentle ballad we see 80s-esque synths joined by bells aplenty: both sleigh and otherwise. This results in a track that sounds like the kind of classic winter pop hit you might have heard on the radio or seen on MTV when you were a kid, all sweet and up in its feels, and the soft vocals from the members complement the holiday instrumentals well.

Alongside ‘Power of Love’, the single album also features the Japanese language versions of the group’s popular Korean language songs Home and Snap Shoot, providing some upbeat shots of comfort and joy into the release.

It is always a fun and special moment when a prolific and well-known artist forays into holiday season music for the first time. Sometimes they stick the landing, sometimes the output is forgotten quicker than yesterday’s snow. ‘Power of Love’ is a song that so easily brings back classic Christmas nostalgia to the listener, and that’s no bad thing: after all, aren’t warm memories of joy and togetherness exactly what Christmas is all about?

Power of Love あいのちから is out now. SEVENTEEN is on Instagram, Twitter and all major streaming platforms.