Leading up to the release of Netflix’s live-action adaptation of Cowboy Bebop, &ASIAN attended the virtual listening party for Steve Aoki’s exclusive remix of “Tank!”, where the DJ and the show's star John Cho chatted about the new adaptation, representation and more. Yin Ting Lau reports back below...
Written by
Yin Ting LauNovember 17, 2021 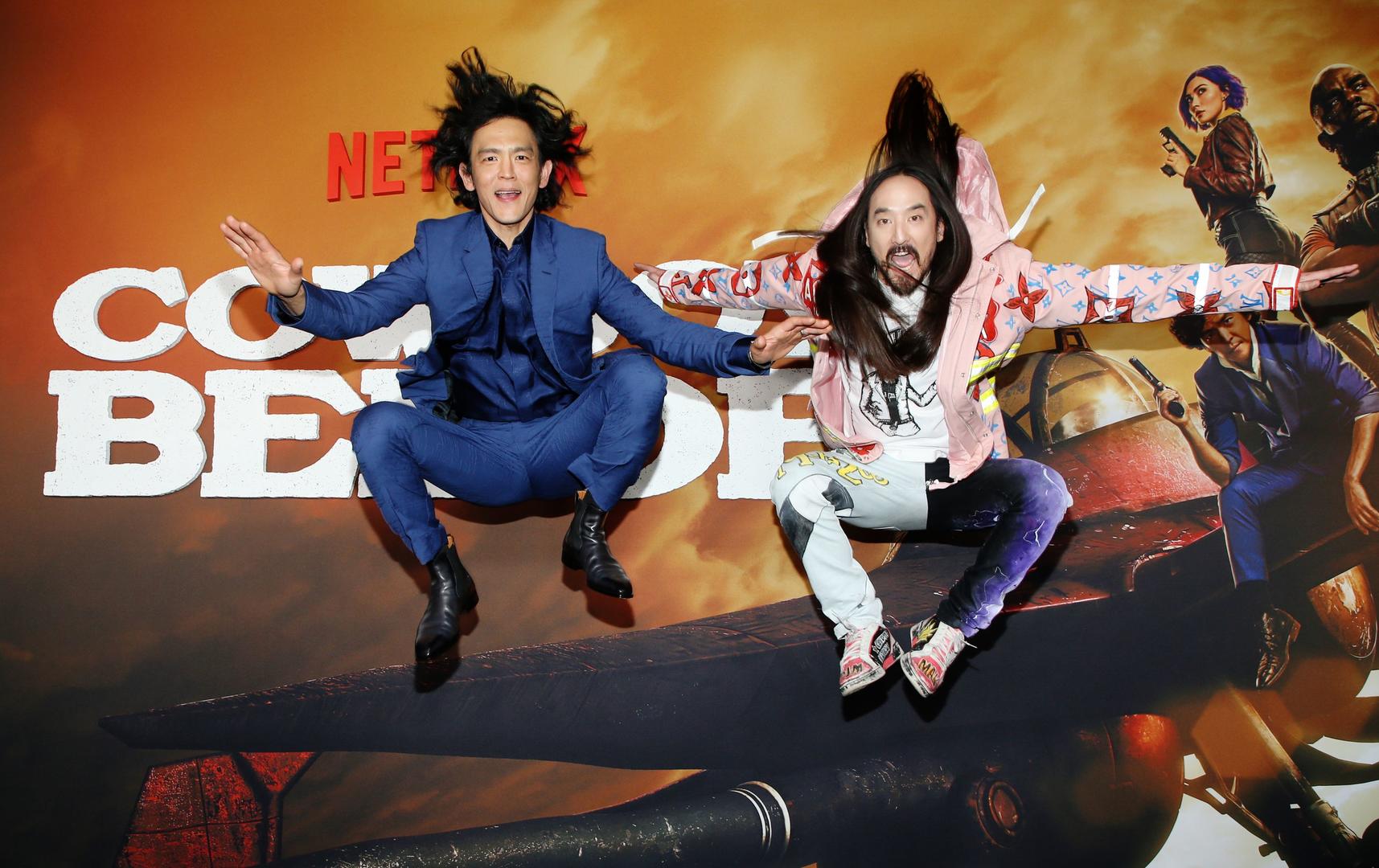 Composed by the legendary Yoko Kanno (Cowboy Bebop, Cardcaptor Sakura, Turn a Gundam) and performed by SEATBELTS, “Tank!” was first as the main opening theme to Cowboy Bebop's original 1998 series. On the track, Kanno’s jazzy big band influence demonstrates just one facet of her signature fluency across genres ranging from classical to techno to J-Pop, an aural-cultural hybridisation that echoes the undefinable genre that the original series itself inhabits: this is the “won’t-be-pinned-down” openness which one suspects more than contributes to Cowboy Bebop’s ongoing global popularity. It is therefore no surprise that for another chance at new audiences unfamiliar with Cowboy Bebop, the music itself undergoes another cross-genre transformation, this time under the fingertips of the beloved cake-throwing EDM phenomenon, Steve Aoki.
‍

For all us lucky enough to attend the exclusive listening party between the DJ and Cowboy Bebop star John Cho, we were privy to a both fun and thoughtful conversation between the two artists. It was surprisingly poignant to hear Aoki ruminating on the comparatively lower numbers of Asian DJs or artists who have made it worldwide outside of the K-Pop genre: even without being well-versed in EDM, I myself have been aware for years of Aoki’s solitary Asian presence within the exclusive group of international artists that never seem to go out of style. It’s both a testament to his insane hustle and to the need for more Asian representation in the arts, especially for a genre that consistently enjoys a substantial Asian/AAPI/BESEA fan base.

Likewise, John Cho is also a fixture in an adjacent industry whose esteemed standing as an Asian-American actor also feels lonely. But the guy is good and he’s good in everything: Cho most impacted my life for being the MILF guy (American Pie), for being the stoner guy (Harold and Kumar), and basically for breaking the stereotypes of being an Asian kid and letting me relax about messing myself up; outside of that, his impressive filmography has always had the flavours of “we are not a monolith!” and he never misses. Thus, the irony is that when we needed a likeness to protest the total lack of AAPI/BESEA presence within our media, we really only had one face: his.

Seeing Aoki and Cho together in conversation could’ve been weirder due to their different careers and trajectories, but in realising the facts above, it’s actually decidedly not-weird and very real. They both have incredible hair; they both have been each other in a way, just in different fields. It’s not a surprise to hear them agree on the always iconic AAPI/BESEA Feelings (Track 1: “Never American enough, never Asian enough either”), but also now with their longevity, to watch them be excited about being able to participate in projects that tie back to genres or hobbies they might’ve kept more private when younger: when it was still “uncool,” as Cho puts it.

The unspoken subtext of necessary assimilation coupled with hearing them talk about their entire career as an endless striving to “break the mould” and not getting typecasted... I left the event just happy for them to finally indulge in something that they do see themselves and their roots in. Maybe this is the kind of mainstream impact that begins to justify the existence of Cowboy Bebop (no matter the critical or hardcore fan response), just so future Asian kids don’t have to pretend the things they like are “uncool” to other people ever again.

The awareness that Cho and Aoki indicate when the comes to shift in media diversity is what I’ll take with me when I watch Netflix’s Cowboy Bebop: it’s definitely going to honour the original material, but I’m prepared for a more hybrid take that will represent the adaptation’s priority of bringing in new fans unfamiliar to anime, not just fans of the original, for better or for worse.

Cowboy Bebop is out on the 19th of November on Netflix.