ASTRO’s ‘SWITCH ON’: Sometimes, Things Really Do Get Better with Age

In their second record of 2021, the six-piece group prove that the best things come to those who wait.
Written by
Aimée KwanAugust 3, 2021 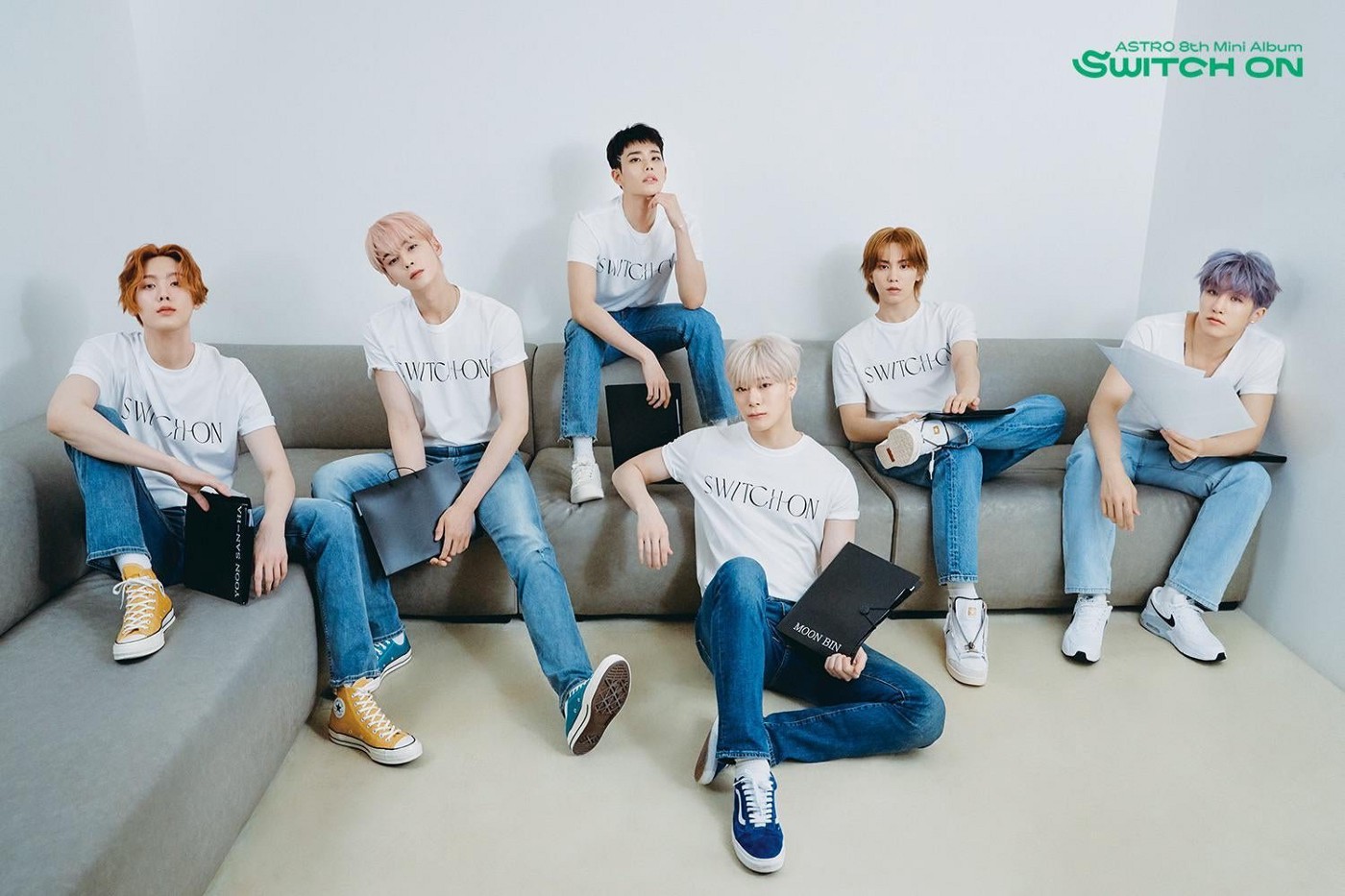 ASTRO for ‘Switch On’. Photo: Fantagio Entertainment.
Now Reading:
ASTRO’s ‘SWITCH ON’: Sometimes, Things Really Do Get Better with Age

Korean group ASTRO have held a special place in the K-Pop landscape up until the end of last year. Consistent without an overwhelming explosion of growth, the well-known boy group under Fantagio Entertainment have cultivated a loyal fandom (known as Aroha) whilst posting respectable album sales and popping out the odd hit you’d recognize if it came up on shuffle.

Member Cha Eun-woo’s lead actor stint on internationally popular drama True Beauty in late 2020-early 2021 was the talk of the town, and a successful subunit debut from members Moonbin & Sanha in September 2020 earned the duo a music show award — the fastest a subunit has ever been given one.

In newest EP SWITCH ON, the group are determined to build on this success with a selection of tracks that shows how they’ve maintained such a loyal following, whilst also displaying their growth as writers and musicians as well as performers.

Title track ‘After Midnight’ is a complete contrast to their previous title track ‘ONE’, and instantly stands alongside some of the group’s best such as ‘Crazy Sexy Cool’. With a disco beat, the song taps into the retro sound that is all over pop music at the moment. It’s an instant earworm that is clearly geared to bring a smile to fans and attract casual listeners.

However, the album’s strength lies not just in its title track but in the consistency and narrative between all six tracks on the mini album. Second track ‘Footprint’ could easily have been a title track in its own right, and indeed got its own special video a day before the album’s release. Its electropop sound makes it one of the most fun tracks on the album and helps to establish the summer sound that holds the album together.

If ‘Waterfall’ is the sweeping ballad of the album, then ‘Sunset Sky’ is the slow, sit-around-a-campfire jam. Both tracks are soft enough to get out the feels, whilst being light and breezy in moments to continue with the sun-tinged sonic landscape of the album.

Yet it’s ‘MY ZONE’ that is the MVP of the record: in this slick electro-dance track, here ASTRO go for a more sophisticated sound than the general public might initially associate with them. The vocals of the group compliment the groove of the chorus well whilst not being drowned out by the instrumental; this is the dance track made for your summer party, the song you’d put on to vibe to when it's two am and you wish to lose yourself for just a moment.

‘It’s my space, so don’t interfere, the natural feeling that I don’t want to suppress…’

By the time the album rounds off with upbeat song ‘Don’t Worry’, ASTRO have taken us through a twenty-minute pop music kaleidoscope that showcases their ability to tackle multiple sounds within a record without its musical flow jarring at all. The members’ writing and composing credits appear on every track on the album, and given that this has now produced one of the group’s best albums to date, I’d hope that the group flex their creative influence more in upcoming records.

Ask any Aroha, and they’ll tell you that this year they’re finally seeing the levels of growth and recognition they feel ASTRO have long since deserved. SWITCH ON is a testament to this faith, proving why you should never write off a group too early.

Five years after their debut, ASTRO have never sounded better.

SWITCH ON is out now. ASTRO can be found on Instagram, Twitter and all music streaming platforms.