The last installment in the group's ZERO : FEVER series rounds off the group's four-album run in spectacular fashion.
Written by
Aimée KwanDecember 11, 2021 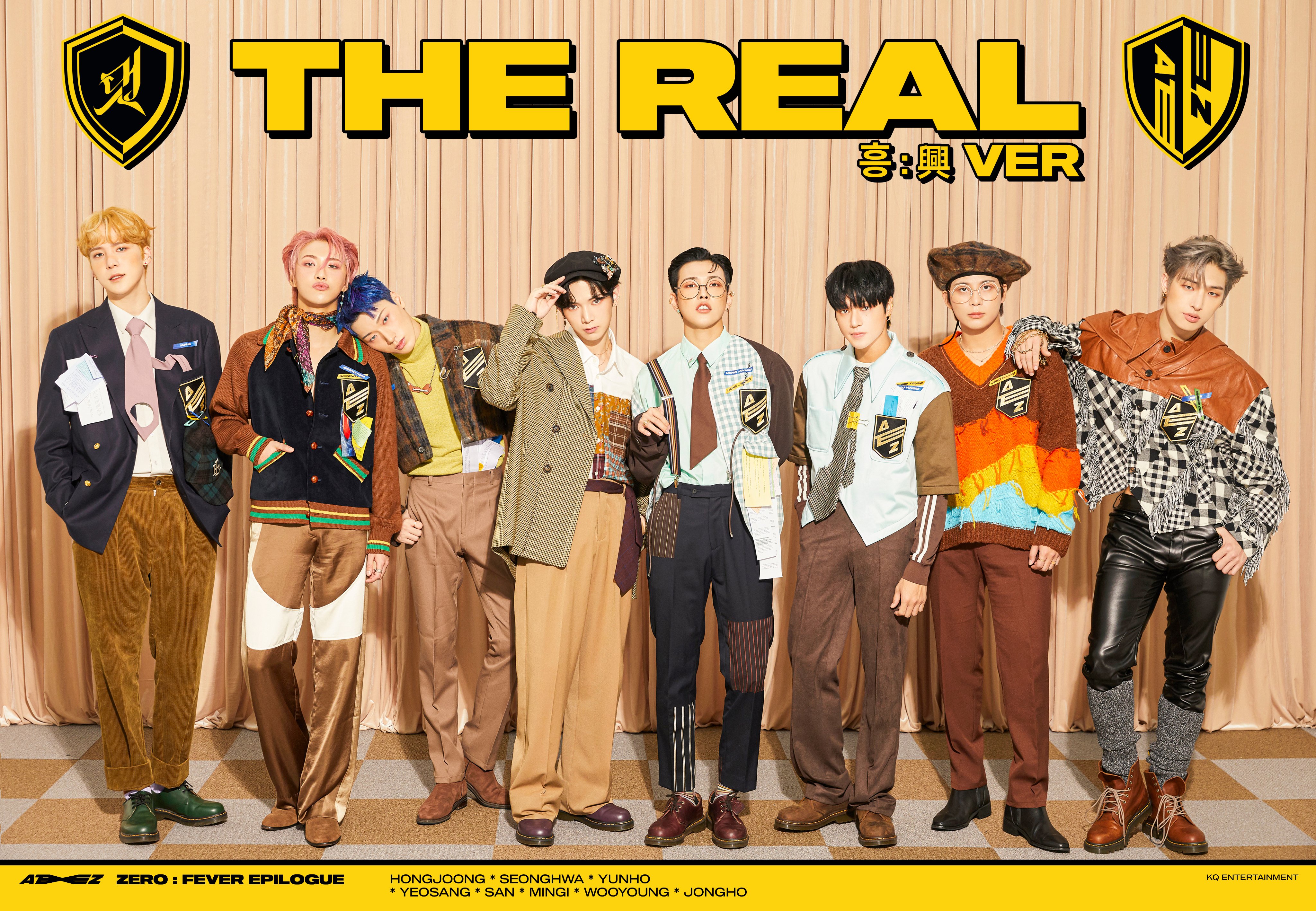 If any group has made crafting an epic narrative a fundamental part of their musical artistry, it’s eight-member group ATEEZ. They made their name with the five-part TREASURE series of albums (2018– January 2020), and they’ve rounded off 2021 in full force with the fourth and final installment of their second series, ZERO : FEVER EPILOGUE. The ZERO : FEVER series in general has been transformative for the group, which has seen them explore more facets of their sound than ever before, whilst their turn on KINGDOM: LEGENDARY WAR has also helped to bring in a whole new legion of ATINY (the name of ATEEZ’ fans).

It is, then, perhaps fitting that the title track for this album is a remix of their finale song from that show: ‘멋(The Real) (흥 : 興 Ver.)’. The remix’s instrumental is more layered than the original, with the chorus’ iconic hook a notable beneficiary of this amping up : serving to make an already great hype track even better.

Yet we have to wait until track six to get to ‘The Real’, and it’s notable that ATEEZ takes us through the emotional ringer that is ballad ‘Be With You’, epic album opener ‘Turbulence’ and smooth R&B-pop serenade ‘The Letter’ all at the beginning of the tracklist. If ATEEZ are known for their big, no-holds-barred songs and stages, this tenderly passionate opening to ZERO : FEVER EPILOGUE flips the narrative, displaying the group’s confidence in how their slower songs can enrapture listeners just as much as their larger-than-life songs do.

However, an ATEEZ album would not be so without their epic sweeping choruses, and much of the latter half of the album is devoted to their newest pop anthems. Older tracks ‘WAVE (Overture)’ and ‘Wonderland (Symphony No.9)’ pick up where ‘The Real’ left off with orchestral level instrumentals, and the listener is taken on a wild auditory ride all the way until final track ‘Outro: Over the Horizon’. Arguably the most joyful and euphoric track on the album, the stadium-ready rock-inspired song rounds off the record with a beautiful message:

Wandering around with this unknown fever,
We now rise towards a new path.

ZERO : FEVER EPILOGUE is the kind of album that keeps surprising no matter if you’re listening to it for the first time or for the twenty-first time. ATEEZ have long since solidified their sound, but in this newest record, the way they have carefully crafted their tracklist makes the album one you simply have to keep delving into to get more out of in order to enjoy how all the tracks (both old and new) tie together — both in this record and in recognition of previous albums. What is perhaps just as enjoyable is how, as happened in the TREASURE series, the album continues the ZERO : FEVER narrative thread whilst not sounding like a gratuitous album of castaway songs that didn’t make it into the other three installments of the series.

Even the most casual of listeners can identify the journey the ZERO : FEVER series has taken us on: if Part 1 was the bright, if questioning and tentative opening to the series, Part 2 the darker and more angst-filled chapter and Part 3 the hopeful, defiant dawn than comes after one's trials, then the EPILOGUE reads as a poignant farewell to a journey that has made them more confident, more vulnerable and therefore better than ever before. It is a very special thing to see an artist’s growth and experimentation explored so openly and unabashedly album to album, and ZERO : FEVER EPILOGUE’s ultimate conclusion to this chapter of ATEEZ’ journey reminds us why.

Two series in, and ATEEZ’ artistic momentum shows no signs of stalling any time soon. We can’t wait to see what series three brings.

ZERO : FEVER EPILOGUE is out now. ATEEZ can be found on Instagram, Twitter and all major music platforms. All translated lyrics are from lyricskpop.net.