ATEEZ Light Up London In Their 'THE FELLOWSHIP: BEGINNING OF THE END' Concerts

The eight-member boy group bring no less than incandescent performances to the OVO Arena Wembley.
Written by
Aimée KwanMay 2, 2022 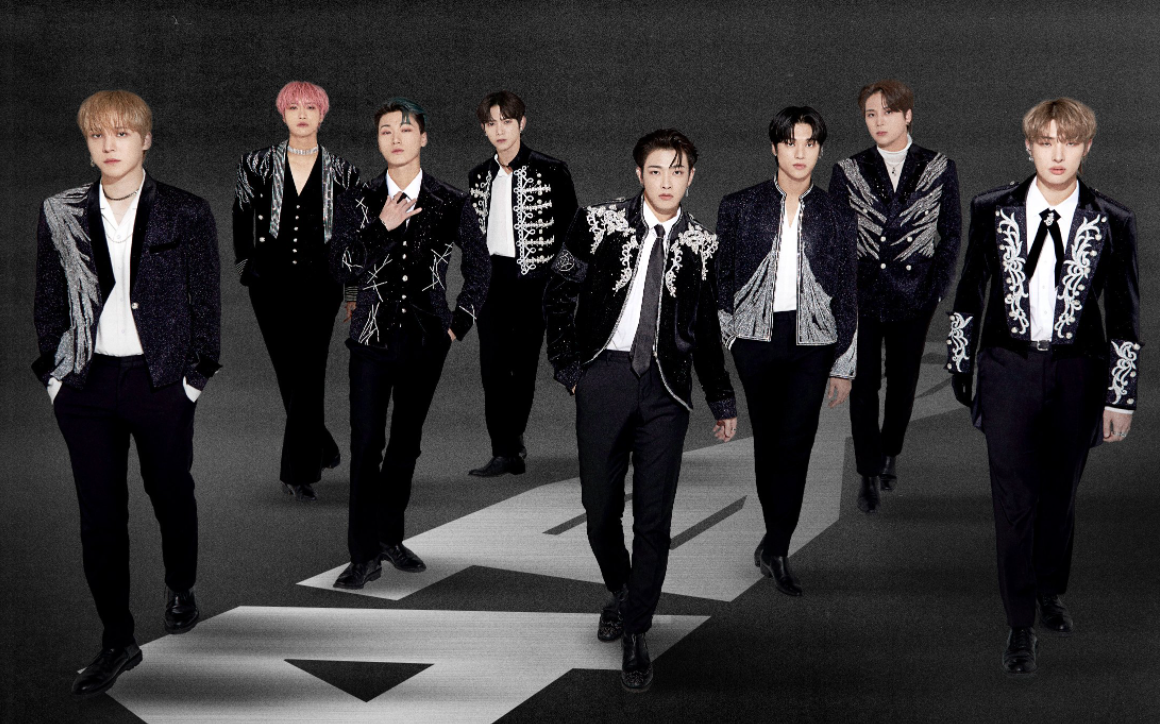 All photos: Aimée Kwan.
Now Reading:
ATEEZ Light Up London In Their 'THE FELLOWSHIP: BEGINNING OF THE END' Concerts

Given the consistent artistic and commercial success that ATEEZ possess, it's both sobering and remarkable to think that they've spent half their careers performing live online concerts to empty venues and have promoted over half their discography with only staff members and production crew present. Yet near the end of the final day of the London stop of their THE FELLOWSHIP: BEGINNING OF THE END tour, the fact it had been three years since they had come to the capital was raised by the members, in reflection of how much being able to see their fans faces once more truly meant to them.

The feeling is so obviously mutual: fans (also known as ATINY) danced to ATEEZ songs outside the venue whilst others handed out glowsticks and photocards to others, and never did you see the merchandise cart outside without a sizeable queue in front of it. Even before the group appeared in person, fans were screaming, chanting and singing along to the group's music videos that appeared on the screens and a palpable buzz could be felt throughout the stadium.

Hard-hitting pop bangers run throughout ATEEZ entire discography and in this department the group did not disappoint, with appropriately high-octane performances of 'Firework (I'm The One)', 'HALA HALA (Hearts Awakened, Live Alive)' and 'The Real (Heung Version)' getting the crowd - who were on their feet throughout the concert - somehow even more energised than one might think possible. The members themselves referred to the great B-sides in their catalogue that also deserved a chance to be showcased, and the chance to catch such beloved tracks as 'Precious' and 'ROCKY' performed live served to reinforce just how solid the group's discography truly is. Indeed, when legendary B-side 'Take Me Home' was released last year as part of ZERO : FEVER, Pt. 2, it was a song begging to be played to arenas of adoring fans, and the group's utterly epic performance of the song - featuring some riveting choreography with some mirrors - proved such an assessment to be right.

ATEEZ are a group constantly experimenting with ways to forward their musical narrative, and the concert's tracklist also gave space for their softer and brighter tracks to take pride of place. Upbeat song 'Eternal Sunshine' appeared as an encore song after the group's leader Hongjoong mentioned via VOD how the song was written as a tribute of sorts to Atiny. Other bright tracks such as 'Wave' and 'Dancing Like Butterly Wings' showcased the group's ability to fuse their intense stages with uplifting sincerity, and encore ballad 'Star 1117' served to elicit tears from many a fan.

A particularly endearing moment in a concert full of endearing moments was when fellow KQ Entertainment artist and frequent ATEEZ collaborator Maddox was brought out by the group and sang a two songs for the just-as-enthusiastic crowd. The now South-Korean based artist spent the first ten years of his life brought up in the UK, and it was clear throughout his interactions with ATINY just how much being able to perform to a home crowd of sorts truly meant to him. During a concert that demonstrated why ATEEZ are so successful, it was a reminder of how all these performers are also just artists with dreams to perform and connect with others through their work.

Whilst ATEEZ return to London was no doubt a thrill for UK fans longing for them to come back to British shores, fans from other parts of Europe were also in attendance, jetting in from France, Spain and Holland (but to name a few) even though the group also had tour stops in those countries. A testament to how both their musical soundscape and the messages in their lyrics have inspired deep loyalty and emotional connection from people around the world.

At the end of the concert, the group's leader Hongjoong asked if ATINY would continue to stay with them. The answer from the crowd: a resounding and undoubtable yes. After the all tears, feels and one hell of a party they've brought to London, it's easy to see why.