ATEEZ’s newest single drop is both a shot of summer sunshine and a fabulous demonstration of artistic growth for the eight-piece boy group.
Written by
Aimée KwanJuly 30, 2021 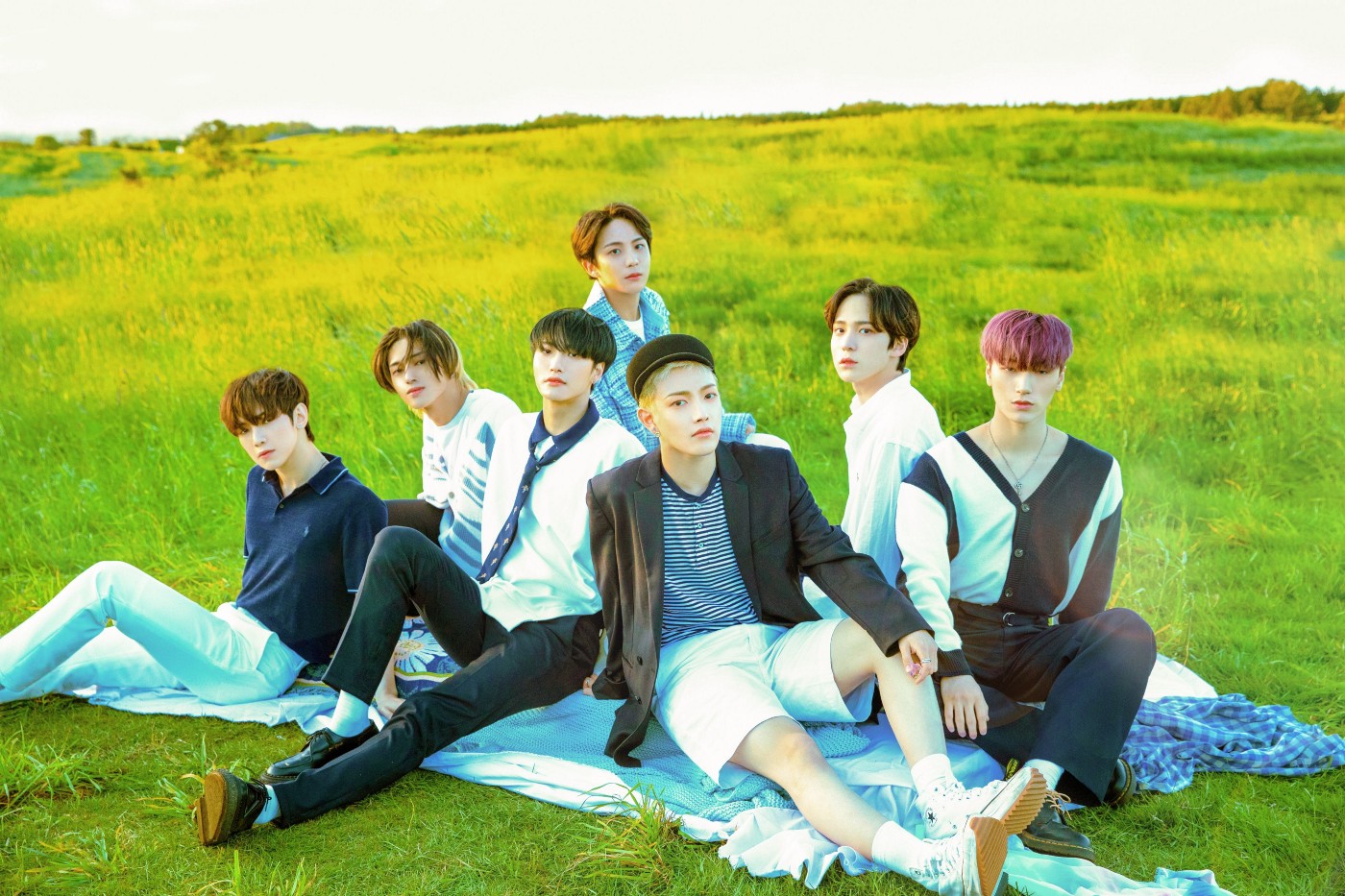 ATEEZ in a promotional photo for Dreamers. Photo copyright KQ Entertainment, Nippon Columbia.
Now Reading:
ATEEZ Show Yet Another Side of Their Growth in New Japanese Single ‘Dreamers’

Korean group ATEEZ have had a busy year: from dropping EP Zero: Fever Part. 2 in March, to starring on MNet’s survival show Kingdom all spring, not to mention a full-length Japanese album, it’s hard to imagine when the eight-piece group had time to record and prep for yet another Japanese single.

Yet Dreamers has nevertheless arrived, a release featuring three tracks and one instrumental, and is their first music drop since member Mingi’s return from a health-related hiatus. Given all the group have been up to, it would be easy to assume that Dreamers is an afterthought of a single, a little bit of music to put out while their fans wait for a bigger Korean album release later in the year.

Not so. ‘Dreamers’, the single’s title track, is a fun, upbeat song that sits well within ATEEZ’ wheelhouse: danceable beats and a catchy chorus with just a hit of tropical sound to add to that summer feel.

But ‘Blue Summer’ is the outstanding gem on the tracklist, with the B-side standing alongside some of ATEEZ’ best such as ‘MIST’ and ‘Fever’. The comforting groove and bright sound of the track fit the overall refreshing tone of the single release and its concept photos. If the group’s record TREASURE EP.3: One To All is their perfect summer album (and one of their best records to date), ‘Blue Summer’ is a track that fits perfectly in that soundscape, a comforting song that is both feel-good and arguably their best Japanese B-side to date.

The group’s harmonies and vocals stand out across the release, and as light instrumentals allow the melodies to soar, vocalist San’s falsetto moments and main vocalist Jongho’s total ownership of the end of the chorus of ‘Blue Summer’ stand out as particular highlights.

Given that Dreamers is their first music release since ‘The Real’ (which was released as part of their turn on Kingdom), one can’t help but notice the stark contrast between the pure hype of ATEEZ’ previous offering and the summer joy that comes across the entire single. If ‘Dreamers’ is the pool party bop, ‘Blue Summer’ is the windows-open, evening-breeze song, and ‘Still Here (Acoustic Ver.)’ is the track you play on your road trip.

Japanese releases can often contrast significantly with the tone and sound of a Korean artist’s Korean discography, and ATEEZ’ last two Japanese drops — Into the A to Z and now Dreamers — are no exception, appearing much fresher and brighter than their usual Korean releases. Yet where for some artists the tonal adjustment can be jarring, ATEEZ has managed to pull off the shift as not merely a necessity for the Japanese market but has instead utilised it to show how they’re able to grow and play with other concepts besides the more intense artistry that is their usual sandbox.

If anything, the release is two or three tracks too short, and you come away from listening to it wishing the group had just gone for it and made it a full EP as the four track (three, if you subtract the instrumental) release is so enjoyable.

Ultimately, Dreamers is a lovely summer postcard of a single, one that will tide over existing Atiny (the name for ATEEZ’ fans) until another album drop, is a gentle hello to new Atiny who have taken to the group after Kingdom and for the casual listener is a great addition to any summer playlist.

Given that the group’s worldwide growth shows no signs of slowing down, all that remains to be seen is where ATEEZ dare to take us next.