Billlie Continue To Create Their Own Unique Musical Universe

The group's newest album 'the Billage of perception: chapter two' definitively sets them apart from the crowd.
Written by
Aimée KwanSeptember 6, 2022 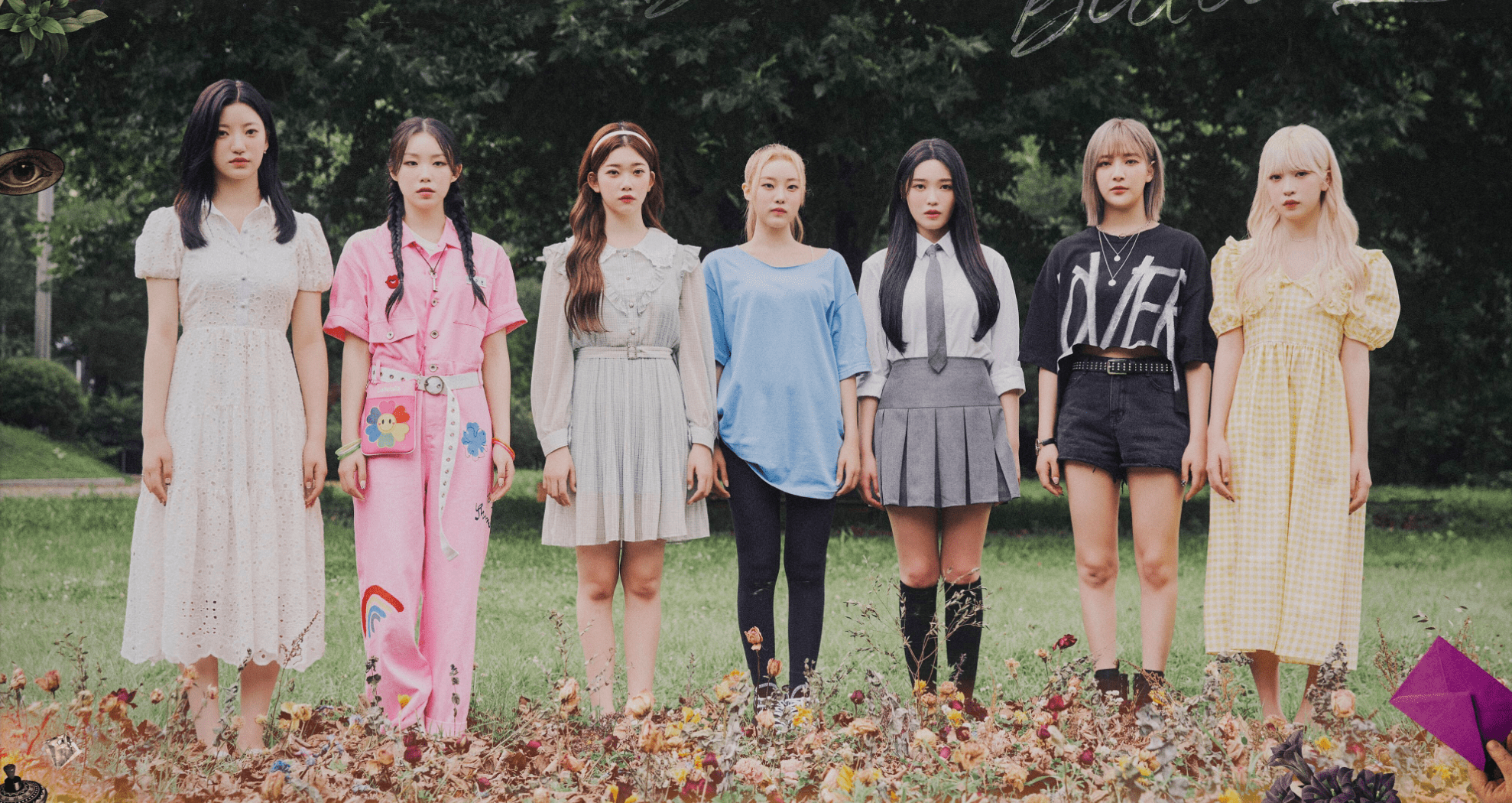 Just under six months ago, seven-member girl group Billlie put out their sophomore EP, the collective soul and unconscious: chapter one, an album that worked hard to assert the group’s experimental, very otherwordly electro-pop sound. Their newest record, the Billage of perception: chapter two initially seems set up to follow the group’s debut record the Billage of perception: chapter one. Yet it ends up doing much more, showcasing why the group are one of the most intriguing acts in the K-pop landscape today.

Title track ‘RING ma Bell (what a wonderful world)’ is a rock-pop jam that also heralds the first time the group have fully ventured into the genre. Despite it being one of the most rock-pop title tracks put out by any K-pop group this year, it still remains infectiously catchy. The slightly darker side to the group’s visual universe via the Billage of perception series of talbums ties in perfectly with the anthemic, energetic chorus and as one might expect, the music video sees the members in full rocker style. Whilst the song’s title also ties back to the group’s debut single ‘RING X RING’, listening to all their title tracks one after the other displays just much the group has experimented with this sound whilst keeping a consistent edge across all their title tracks.

‘my B = the Birth of emotion’ and ‘Mcguffins ~ who’s the Joker’ join the title track as the most high energy songs on the album. The former plays with video game sounds and a plethora of synth pop to delightful effect whilst the latter features twinges of Latin trap and Chicano hip-hop, as referenced by the group in their album liner notes. All three upbeat songs keep the pace of the album flowing when in balance with their slower tracks, whilst the diversity in genre between them means that no track feels like filler.

Slower songs come by way of fan track ‘B@ck 2 where we Belong’, as well as ‘B’rave ~ a song for Matilda’ and ‘$un palace (Stroop effect)’. ‘$un palace (Stroop effect)’ joins its twin from the collective soul and unconscious: chapter one, ‘M◐◑N palace’, by also creating a chill and bright atmostphere via its use of synths and acid jazz elements. ‘B’rave ~ a song for Matilda’ sees the members return to R&B-pop that enables the members to show off their vocal abilities under a different guise than ‘B@ck 2 where we belong’, which will surely be as loved as their previous fan song ‘believe’. Just like its predecessor, it is a comforting ballad that rounds off the album on a sweet note.

Overall, the group have put together an album that is just as cohesive as the sparkling the collective soul and unconscious: chapter one, whilst taking care to not retread the same ground. The record’s soundscape still pops and bubbles with the same effervescence as its predecessors, but the intensity that runs through every song — most often through the instrumentals — ties it back to the same intensity found in the Billage of perception: chapter one whilst also highlighting the group’s ability to keeping pushing the envelope of their sound.

Even a light delve into their music videos and album notes show how meticulous the group’s visual world building is alongside the music, and connecting the many hints and easter eggs in their song’s lyrics and gloriously fun song titles is very rewarding for anyone drawn in by the group’s visual style. However, even for the casual listener simply looking to check out the group’s discography, Billlie’s newest offering builds on the music they have already released by consolidating their experimental pop vision.

In short: Billlie-pop has more than come into its own. Across all three of the group’s albums, listeners can come to expect some of the most out-there K-pop music right now, a soundtrack to a mirrorverse of our own world that is slightly zany, slightly twisted, and the possibly most fun place in the universe to drop in and visit.

the Billage of perception: chapter two is out now. Billlie is on Instagram, Twitter and all major streaming platforms.