Billlie's 'the collective soul and unconscious: chapter one': The Rookie Girl Group Stands Out From The Crowd

The seven-member girl group follows up a strong and unique debut with an intriguing and unexpected second EP.
Written by
Aimée KwanFebruary 23, 2022 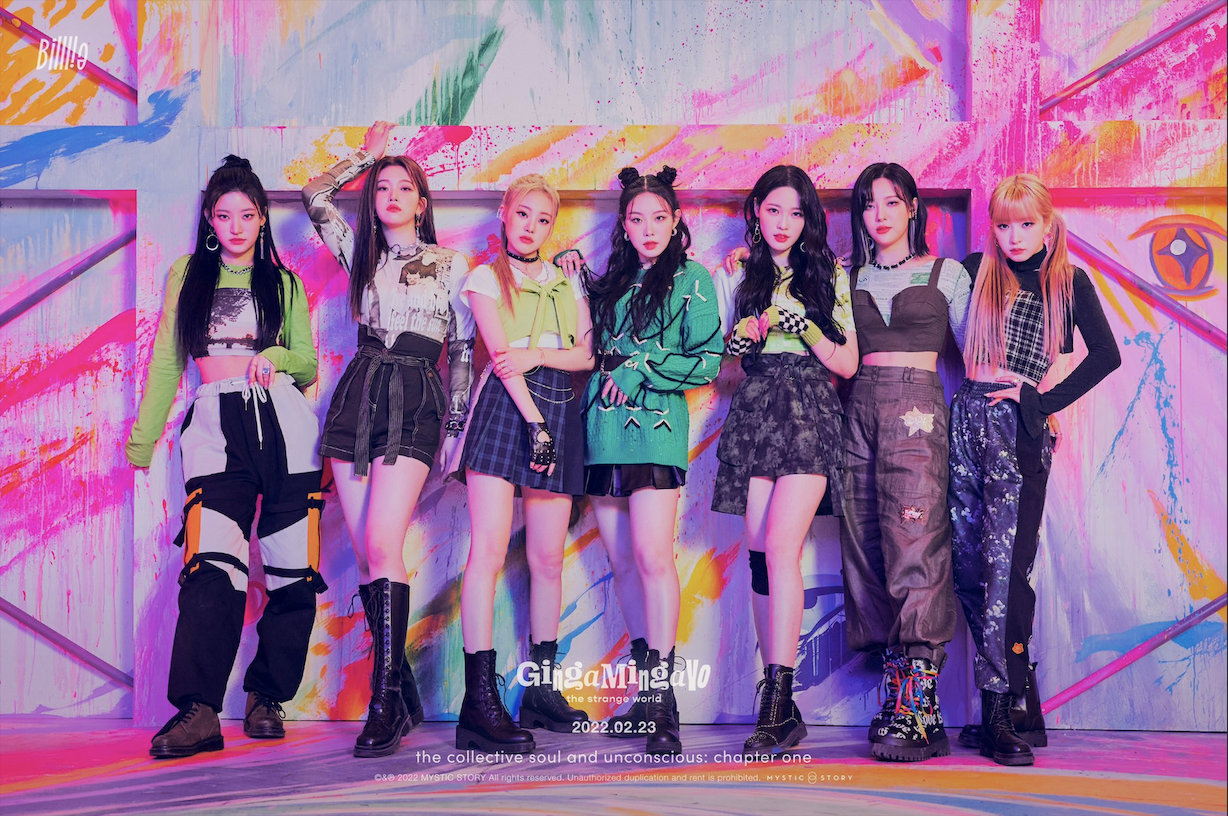 Girl group Billie have been around for just under four months, but they already left a strong mark last year with their debut record the Billage of perception: chapter one. With an unconventional pop sound reflected across the entire EP and their title track ‘RING X RING’, which was paired up with visual concepts that look as though Tim Burton and Wes Anderson teamed up to work with a K-Pop group, it’s hard not to be at least a little bit intrigued by what these rookies have to offer.

Their newest record the collective soul and unconscious: chapter one continues to surprise in only the best way, starting off with the title track ‘GingaMingaYo (the strange world)’. The song is electropop mixed with a hint of ‘Old Macdonald Had a Farm’, which sounds like it should not work or make sense in any way, shape or form… except it absolutely, completely and utterly does. The hook is killer and when layered on top of the club beat works in a way that is delightfully zany and experimental. For anyone wondering if such a title track was paired with an equally out-there music video, it 100% is:

Just like their previous EP, Billie’s b-sides are in many ways the main event here. ‘a sign ~ anonymous’ follows on with a fun synth groove and gives the members the space to show off some of their vocals and harmonies whilst ‘overlap 1/1’ sees Billie lean more into an R&B sound than they have done thus far in their discography. All the songs in the EP enjoy playing with electro and synth sounds, and the glittery, slightly otherworldly effect that is sprinkled across the entire album as a result, is pretty whilst also keeping the listener in the same kind of musical trance that the Billage of Perception: chapter one also achieved (though by different means).

The gloriously named ‘M◐◑N palace’ is arguably one of the best tracks on the album. It stands as the shortest song on the record, clocking in at only two minutes twenty-four seconds long; the instrumental is sugary sweet without being too cloying, and the members’ vocals on top are sublime to hear as they interweave with one another. Final track ‘believe’ is an anthem created for their fans (also known as Belllie’ve) and the lyrics are as earnest and sweet as one might expect from such a song.

Listening to the collective soul and unconscious: chapter one is a little like taking a musical hop into another world, so well held together musically due to the strength of concept the group and their producers had for this record. This is similar to what made the Billage of perception an equally fascinating album: but whilst that record took you to a slightly creepy village that Coraline‘s fake parents might inhabit, in this new album we’re visiting a modern-day Wonderland run by Willy Wonka. The production is slick, addictive and makes you want to come back for more whilst never overshadowing how well the member’s vocal capabilities have improved since debut. It’s a very different record to their first EP, but experimentation is a commonality in both, though both utilise slightly different genres and soundscapes. Both times the results are fascinating and enjoyable to experience.

So many questions, and that’s not even talking about the group’s sound or music video concepts. Billlie has very swiftly set up their sound to be ‘pop, but left field and oh so slightly off-kilter’, giving them the space to be both unlike many other groups in the market and as well wonderfully unpredictable. It’s exciting, it's escapist, it’s chaotic and it’s fun, and we could all do with a little more of that in our lives.

the collective soul and unconscious: chapter one is out now. Billlie is on Instagram, Twitter and on all major streaming platforms.