The rapper and dancer extraordinaire puts on the performance of a lifetime as he becomes the first South Korean headliner of the festival in history.
Written by
Francesca Verceles-ZaraAugust 5, 2022 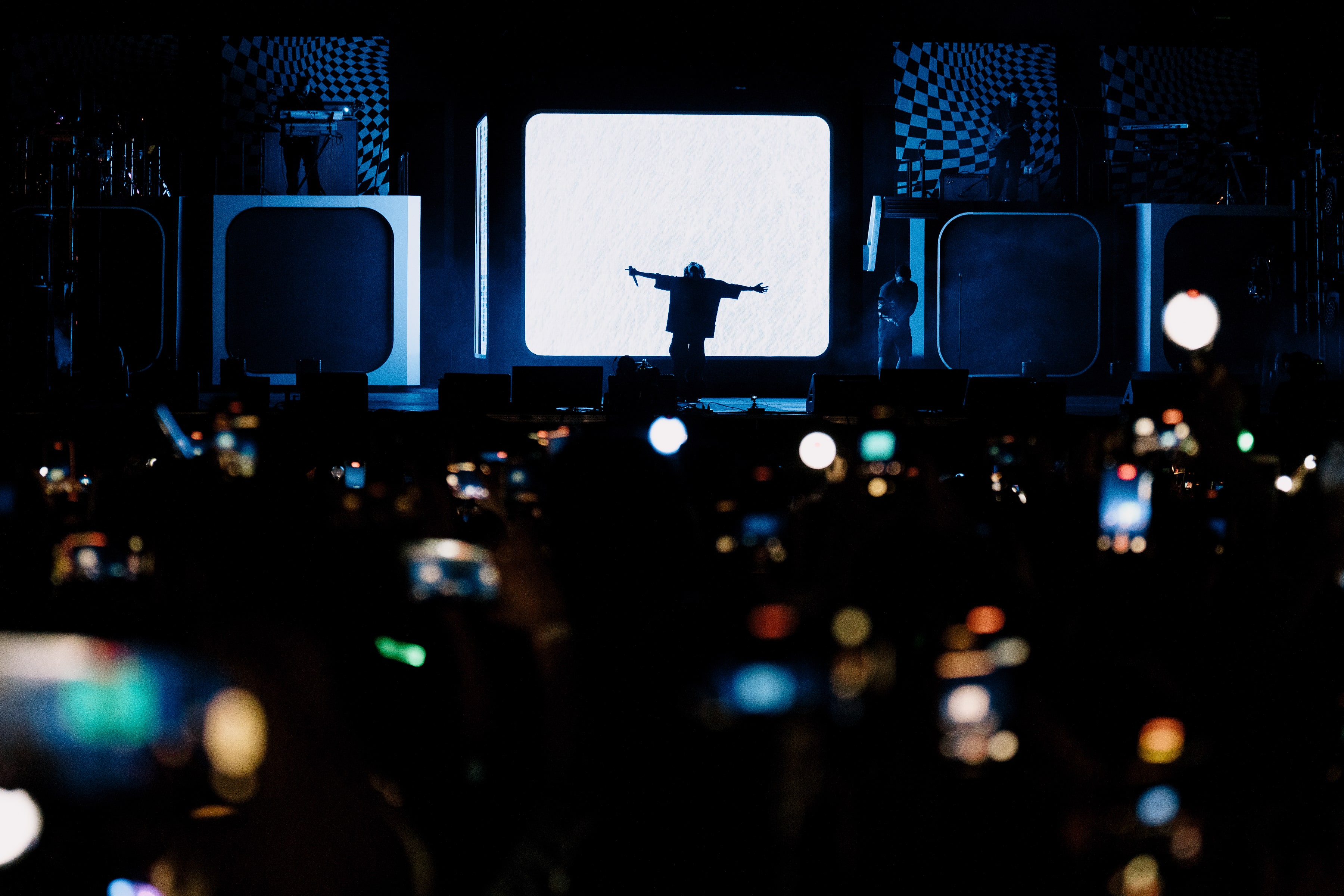 Like many others, I have heard on multiple occasions from family, friends and colleagues who have experienced a BTS concert in real life that it is truly a special event to witness, and they were not wrong in the slightest: watching BTS member j-hope's Lollapalooza headlining set on Sunday was definitely unforgettable.

Even prior to making it to the BudLight Seltzer stage on Sunday, everywhere on SNS and even in the days leading up to the set, ARMY (the term for BTS' fans) was teeming with excitement for their hope, j-hope, to take the Lollapalooza stage. Signs of their affection for him was shown by fans breaking records by him having been the highest selling act in Lollapalooza’s 31 year running history and by selling out his merchandise stands within a couple of hours on the day of his set.

This definitely was no regular concert as on his shoulders he bears the title of being the first South Korean to headline a major US festival;
and this was just coming on the heels of just having dropped his second solo album Jack In The Box. This was the first of what we hope to be many solo endeavours we get to see from the BTS members, and what a way to start off the second chapter of his journey as an artist.

As night fell in Chicago and restless ARMY fell into a brief silence, j-hope started his set with softly with an introduction VCR that reflected back to the 'Intro' of Jack in the Box, then lit the stage up with ‘MORE’ to set the mood for the rest of his set. The air seemed to buzz with electricity as Army bombs bobbed up and down as ‘Base Line’ rolled into a song from his group’s discography ‘BTS Cypher Pt.1’. Another unmissable moment was born when Becky G appeared on stage, and the crowd burst with excitement as the two performed their collaboration ‘Chicken Noodle Soup’. This was a more than brilliant surprise within the middle of the set, and it was a highlight to see him bring out another artist for his highly anticipated set. At the end of his time on stage, j-hope left the crowd, both fans and casual listeners alike, with best wishes for their futures, closing out with nothing other than hope with his song ‘Future’.

The live band treatments to his existing discography really enhanced the musicality of each track, giving each performance a different flavour and perspective to the original studio recordings. With hard hitting beats from the drums and deep bass that could shake any concert-goer’s bones, it truly felt as if the music was live and would make the hairs on the back of anyone’s neck stand up. j-hope really shook the stage, and the reverberations from his performance could surely be felt not just in the crowd, but in the homes of the 14.9 million global viewers who tuned in online to watch him perform.

j-hope as an individual artist is certainly a force to be reckoned with, especially as far as vocal stability and dance performance goes. Such abilities are not unusual to see from all the BTS members; however, this initial introduction to his full out solo career outside of BTS reminds the world
of the vast depth of his talent and star power. Given the huge reception from around the world when he was added to the bill for Lollapalooza, the overall high-level production of his performance was certainly expected from the main dancer as per his long-standing and illustrious career. It was great to see him take to the stage with a certain looseness and playfulness that one might not get to see as often in a group context given the precise and logistically complex performances involved, and this further level of openness from him was a treat for both fans and casual listeners alike.

The expectations of having j-hope be the first headlining Asian act for Lollapalooza were certainly exceeded; however, to those who are already familiar with him and BTS this was, remarkably, just another day of him showing off his excellence as an artist. BTS’ bar is indeed that high.

j-hope displayed not just the best of himself, but also how such brilliant Asian acts deserve to have their place in the sun and headline such festivals. We hope to see more diversity on the set lists of these festivals; what a dazzling crown jewel of a performance audiences around the world would have missed had j-hope not had the opportunity.

Jack In The Box is out now. j-hope can be found on Instagram, Twitter (as a member of BTS), and all streaming platforms.