Chloé Zhao Creates a Universe that Dazzles In Marvel's 'Eternals'

In the studio's most ambitious film since 'Avengers: Endgame', a star-studded cast and crew push the boundaries of the Marvel Cinematic Universe.
Written by
Aimée KwanNovember 5, 2021 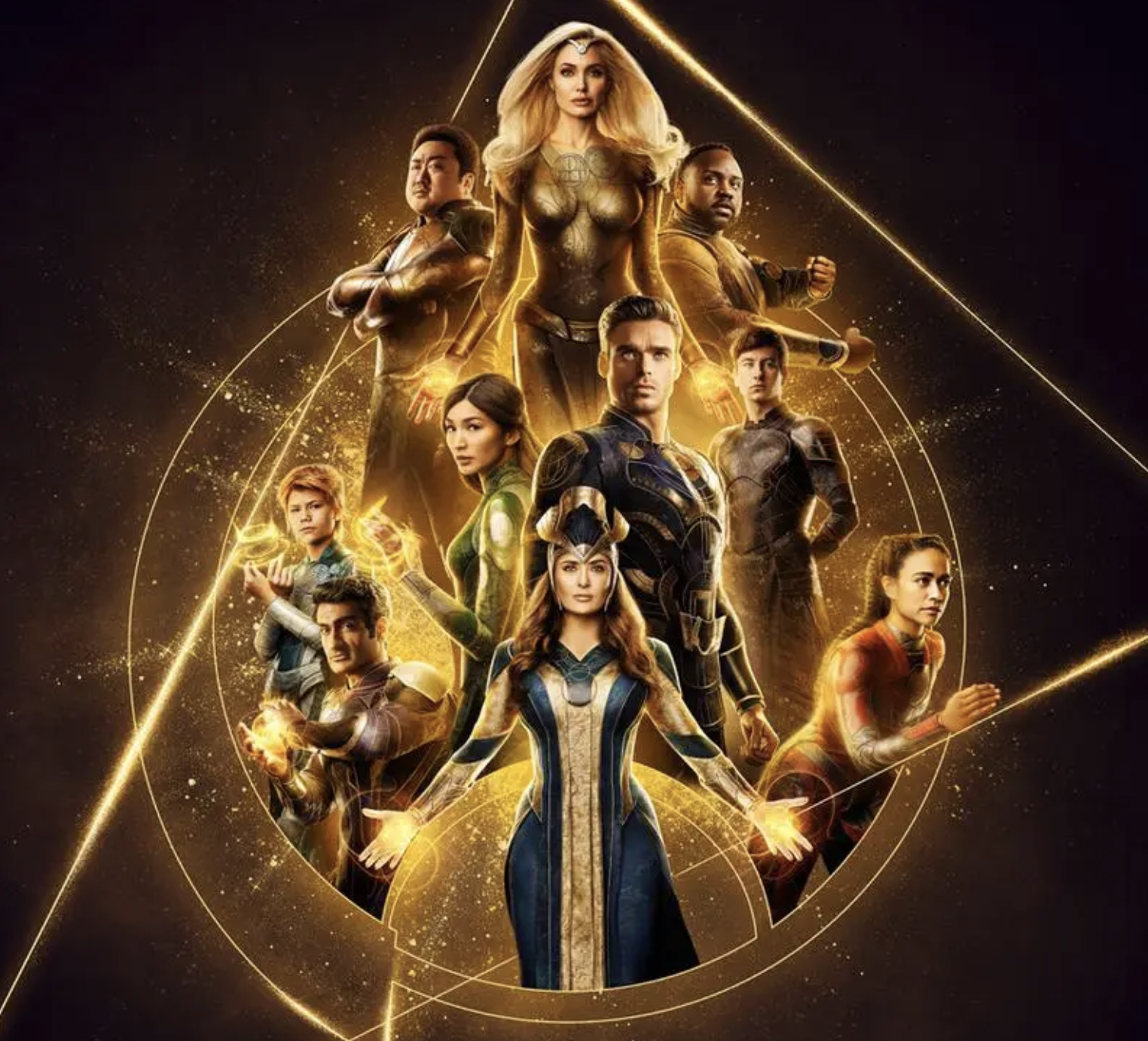 It is really this simple: Eternals is unlike any Marvel film ever made, for better or worse. Over a decade the studio has made the business creating superhero films the whole family can enjoy their bread and butter: a deceptively simple dish that, by their hand, is now worth billions. Just like bread and butter, a large chunk of Marvel's earlier properties are easily identifiable alongside their source material, and it is only in the studio's last few films like Black Panther, Shang Chi and the Ten Rings, Black Widow and Captain Marvel, all of which show the studio's push towards more diverse leads and storytelling.

Eternals continues this trend: the heroes themselves are from diverse backgrounds, with British Asian actress Gemma Chan leading the charge alongside Richard Madden, Salma Hayek, Kumail Nanjiani and Angelina Jolie - and that's just the tip of the iceberg. Lauren Ridoff's Makkari pulls off a great performance in her few scenes as the studio's first deaf superhero (not to mention her great chemistry with Barry Keoghan's Druig), Lia McHugh as Sprite is an absolute scene-stealer and the dynamic between Don Lee's Gilgamesh and Jolie's Thena begs for the duo to get their own Disney+ series.

However, the sheer scope of what director Chloé Zhao strives to achieve is the true star of the show. The film's ambition goes far beyond its diverse casting: Eternals takes us on an epic saga through time, the earth and the Universe to an extent never seen before in the Marvel Cinematic Universe (MCU). Showing snapshots of the entirety of human history is a big part of the movie: but Zhao uses this aspect to make sure it's not a solely Westernised recap of the our growth as a species. There are times it feels like you're watching a historical drama, and given the movie's long 2 hour and 37 minute run time there are moments you wish that Eternals was perhaps split into two or turned into a limited series in order to spend more time with every single setting and narrative thread.

Besides the main present-day narrative through which we follow Chan's Sersi, there are at least another dozen story threads that pop up as well. Some exist merely as little tidbits, such as Nanjiani's multiple 'lives' as a Bollywood superstar, or aforementioned flashbacks to a previous point in history (whether on Earth or elsewhere). Zhao's ability to inject richness and a sense of intimacy into many a frame makes even the most minor storylines seem so full of life and worth exploring that we can only hope that the MCU will expand upon the Eternals universe more, whether that be in feature sequels or in Disney+ offerings.

The shots themselves are beautiful: the world of the Eternals so precisely and gently crafted that it appears ethereal and timeless. If the Avengers are the world of the men, the Eternals are the world of the elves. Though these heroes are traversing our earth, you get the distinct sense that these Eternals don't simply sit and banter around a table full of shwarma in the same way the OG Avengers did way back when, no matter how frivolous they feel. Perhaps this weight is to be expected in characters that are meant to be thousands of years old. Such a change in tone is no bad thing, and under Zhao's care a movie that could have turned out too pretentious or try-hard instead comes across as earnest in its intentions to push the Marvel sandbox further than it's ever gone before.

Across their first three phases Marvel have played with story ideas surrounding what it takes to bring people together, to form families against the odds, to find strength in unity despite differences. Here, the story is reversed: the Eternals start as a ready-made team, one that splinters and - as with all families - has its dysfunctions and its complications. But what happens when you reunite a team or a family that deeply question if or how they should rejoin that entity, or that entity's purpose in the first place?

Therefore, by endeavouring to break out of the mould that has made MCU properties so successful Zhao and her team have created a superhero movie that dazzles merely by the sheer ambition of it all. Some will certainly love and adore it for daring to be so. However, if the Marvel tag and references to the extended universe in the movie were removed, you might easily believe that it's not a Marvel movie at all; for those that want more of the same from the studio, they may be disappointed.

Time will tell how the Eternals will be received by audiences, whether that be as a cult favourite or merely as an MCU anomaly. Yet for the unashamed grand scale, pure escapism and quiet hope that the movie possesses, this newest Marvel offering is, at the very least, well worth checking out.

Eternals is in cinemas now.