CRAVITY’s ‘The Awakening: Written in the Stars’ is Their Best Work Yet

In their first full-length album, the nine-member group put out the most cohesive record of their career.
Written by
Aimée KwanAugust 19, 2021 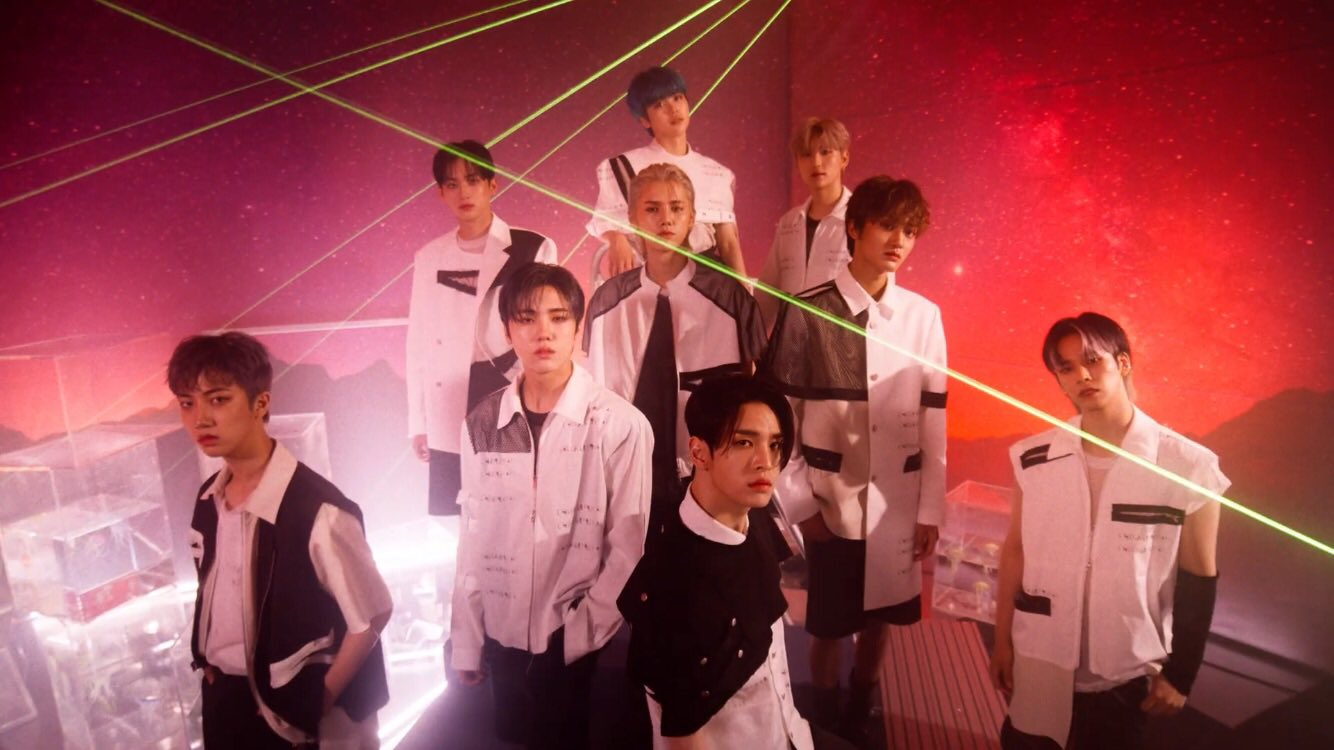 It’s never easy being a rookie in the world of K-Pop. Dozens of groups debut a year, all hoping that they might be able to carve enough of a niche to make a name for themselves. The first two to three years can be crucial: without a solid discography and a stand-out record or two in that time an act can find themselves fading out of the market all too easily.

Despite this, CRAVITY have been doing everything right since their debut last year; three solid mini albums helped them establish a strong fanbase that have seen their record sales go from strength to strength. After several rookie award nods at the end of 2020, their last mini album, Hideout: Be Our Voice - Season 3, came out in January of this year and took the group’s overall album sales to over 400k worldwide.

The Awakening: Written in the Stars finally drops after the group’s longest ever break between records and proves the age-old saying that the best things come to those who wait. Title track ‘Gas Pedal’ is a solid opener to the album with a dreamy pre-chorus and electro-beats that serve as the perfect soundtrack for the group’s science-fiction inspired music video:

A new production team called PCDC feature on six of the album’s eight tracks. PCDC apparently stands for ‘Produced for CRAVITY, Directed for CRAVITY’. If this is a move from Starship Entertainment, the group’s company, to really ensure the group has a tailored and distinctive sound, it’s a move that’s worked in spades since the album truly shines through its B-sides: PCDC song ‘VENI VIDI VICI’ could easily compete for title track status. The soaring guitar solo in the middle of the track is one of highlights of the album and the song is sure to be a concert favourite when CRAVITY can set out on their first tour.

Notable highlights come by way of the last three songs on the album, ‘Grand Prix’, ‘Divin’’ and ‘GO GO’, all of which boast slick production, beautiful vocals and earworm choruses. Despite what its title might suggest, ‘Grand Prix’ stands on the same stage as the other A+ CRAVITY electro-dance bop in their discography, ‘Dangerous’. ‘Divin’’ has arguably one of the best and prettiest choruses in the album; the track revels in its chill city-pop vibe that allows the best of the group’s vocal abilities to shine through. By contrast, bossa nova-inspired ballad ‘GO GO’ gives space for CRAVITY to showcase inter-member harmonies in a more stylish way than they’ve ever done before. It’s a tender but strong ending to the album that makes you wish the record would run for another ten minutes.

Written in the Stars is a record that is a pleasure to listen to from beginning to end, and its short running time of 25 minutes zips by in a flash. Given that the record is being touted as the first part of a full album whilst being listed as a full-length album in its own right, one can’t help but hope that CRAVITY will follow this up with a second album that is just as strong as this offering, if not stronger.

If before CRAVITY had proven they were capable of putting out records with a mixture of great tracks, their first LP is evidence that they’ve finally started to finesse their sound. The record escapes both the potential full-length album quality slump which can be the bane of any artist, while also pulling together a polished and cohesive narrative. After seeing the group work overtime in the past year to assert their space in the already oversaturated 4th Generation K-Pop landscape, it’s incredibly gratifying to see them put out the best record they’ve ever done. We may very well be seeing an announcement soon that the group has finally hit half a million in accumulated album sales, and off the back of this record, such an accolade is well-deserved.

In The Awakening: Written in the Stars, CRAVITY haven’t just arrived, they’ve leveled up.

The Awakening: Written in the Stars is out now. CRAVITY can be found on Instagram, Twitter and all other music streaming platforms.