‘Crazy in Love’: ITZY Present Their Boldest, Best Record Ever

The five-piece group’s first full-length record sees them assert why they’re like no other girl group in the K-pop market.
Written by
Aimée KwanSeptember 24, 2021 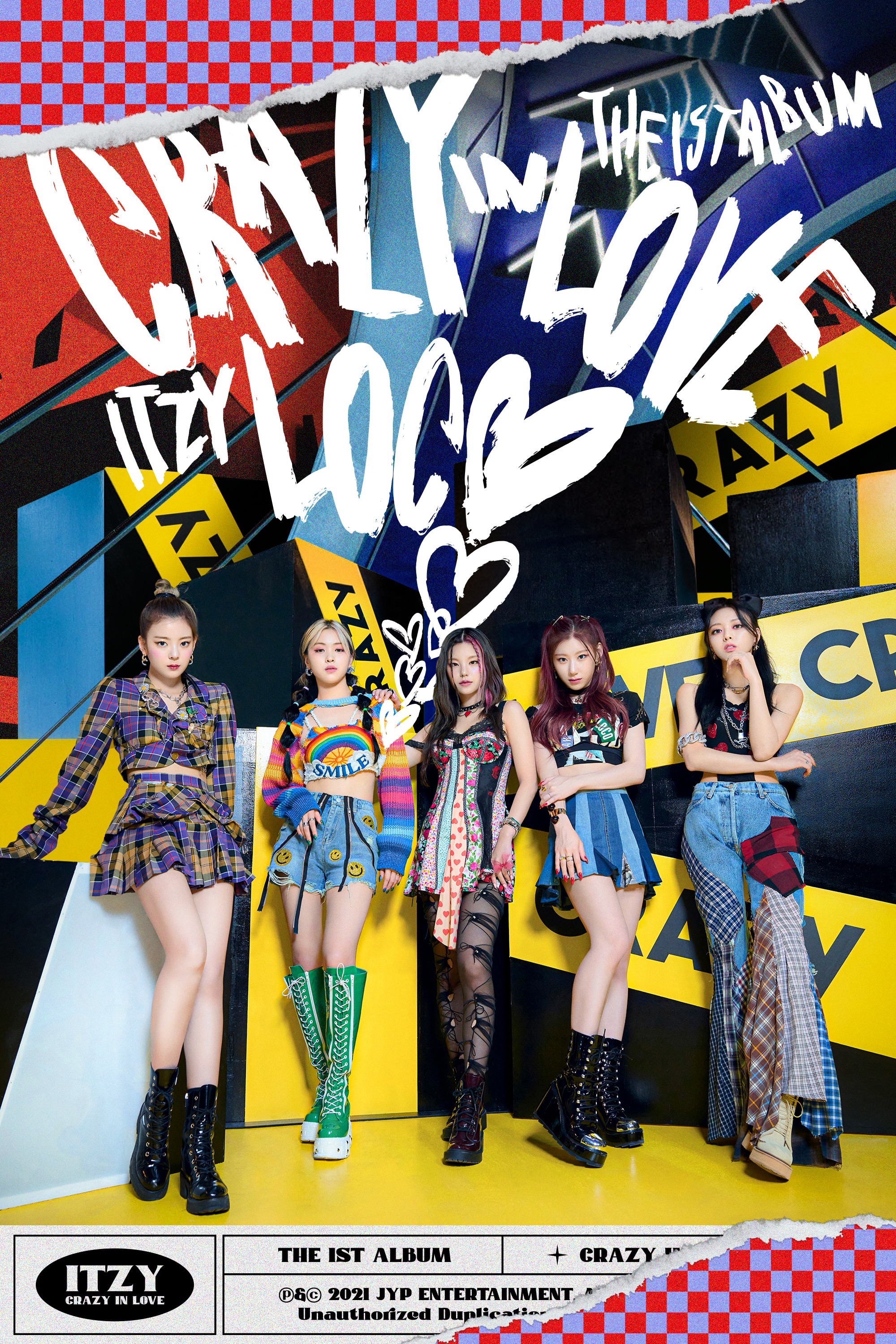 ‘I can do anything
This moment I’ve been waiting for
My heart been beating like this
Like the sound effect twenty, twenty
Responsibilities are heavy but freedom is sweet (Hey!)
I think the world is mine’

That’s a bold message sung there by Lia and Chaeryeong of ITZY on their track ‘#Twenty’, the fourth of nine tracks on the group’s first LP, and one that certainly reflects the strength that threads throughout their newest record. Since their arrival on the scene in 2019, the JYP group has slowly carved out a niche for themselves as the group that isn’t afraid to cause a little chaos. They’re the group you want to run with when you’re tired of the everyday grind, or maybe you just want a no-holds-barred anthem that picks you up when your confidence is all. Call in ITZY. Though the group is versatile enough to still pull off beautiful ballads, a classic sweet-as-candy girl group they are not.

With many empowering anthems peppering the ITZY discography, at first it seems Crazy in Love might follow the trend of their previous records via title track ‘LOCO’. A dance-pop song talking about a love that rends you just a tad incoherent, its chorus is catchy and full-throttle enough to show why it was picked as the album’s title track. The group’s choreography in the music video is enough to show why the song recommends itself as they shift through multiple formations that are unforgettable and fun to watch for the viewer.

In ITZY’s past two records, NOT SHY and GUESS WHO, the group has elevated beyond their initial pop and dance-pop sound and experimented more with hip-hop sounds. There are classic ITZY songs in the album without a doubt, such as ‘LOVE is’ and ‘Sooo LUCKY’, which are two of the strongest songs on the tracklist. Both tracks sound like ITZY and their producers have been inspired by late 90s and early 00s girl group hits and sprinkled them with an ITZY 2021 flair. They’re honest, unapologetic songs and the ‘LOVE is’ chorus holds up as one of their best, chant-like and ready for when the group can finally tour and sing along to it with their fans (also known as MIDZY).

However, the hip-hop infused tracks such as ‘SWIPE’, ‘#Twenty’ and ‘Gas Me Up’ infuse the album with more grit and experimentation, with ‘#Twenty’ in particular a dream track for anyone hoping ITZY would foray into rapping a lot more. ‘SWIPE’ has a beat that runs so tight you can’t help but be just a little swept away, and as one of the most overtly hip-hop songs on the album, it stands in good contrast as a promotional song behind ‘LOCO’. Yet there is no disjoin between the hip-hop tracks and the more classic ITZY-pop tracks, as they are interwoven with one another on the tracklist. That simple ordering is a smart move to maintain the cohesiveness of the LP, where you never feel like the album is split into two or three completely unrelated sections.

For anyone who loves slow songs, ‘Mirror’ is that pop ballad. Appearing at the end of the record it is the calm after the 25 minute whirlwind before, and it also serves as a sweet interlude between the English remix of ‘LOCO’ and six instrumentals of ITZY’s most famous tracks. The tacking on of these extra tracks aside, the core album doesn’t falter and though some of their B-sides might not be as initially iconic or as instantly earworm-y as some of their most famous B-sides, no track is a dud or feels like pointless filler. Just like their company siblings Stray Kids’ newest album NOEASY, both groups have fully utilised the art of tracklist construction to create a project where every track has a purpose for the listener both individually and as a whole.

Crazy in Love is an ITZY album that stands out in their discography for its consistency and the way it transforms the group from power rookies to fully realised artists who completely understand their sound and artistry. The growth that the group has undergone in the past year alone has been fantastic to behold, and if Crazy in Love is any indicator, what avenues ITZY might push their sound down in 2022 is certainly exciting to anticipate.

Crazy in Love is out now. ITZY can be found on Instagram, Twitter and on all major music platforms.