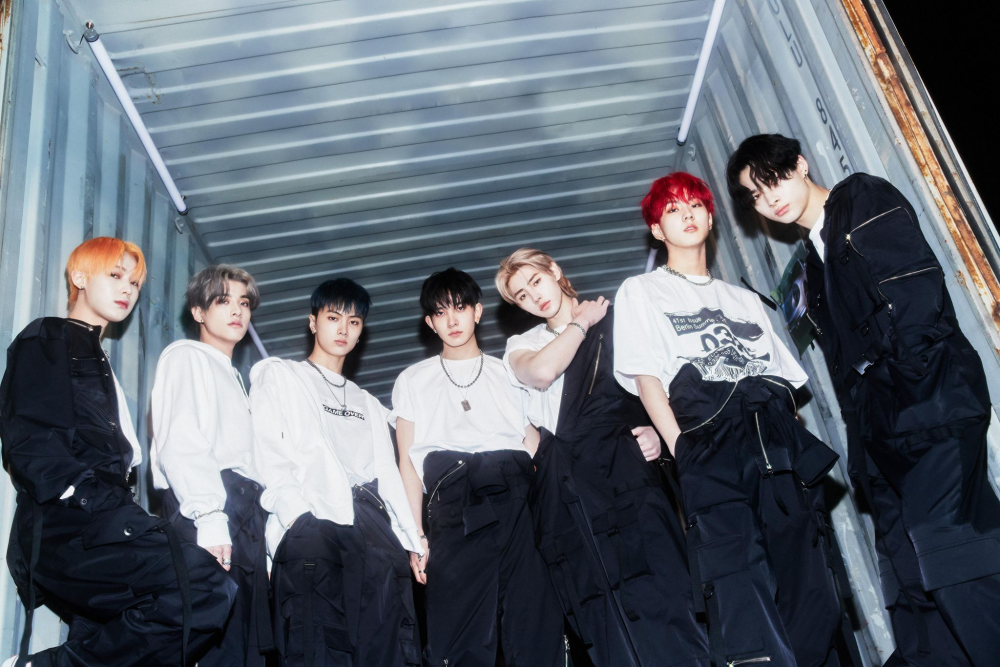 At the very beginning of this year, ENHYPEN dropped DIMENSION : ANSWER, the repackage of their successful full-length album DIMENSION : DILEMMA. It was a triumphant culmination to a year where they had established themselves in the industry, and grown successfully into their sound and image. Yet, as the title of their newest record suggests, MANIFESTO : DAY ONE sees the seven-member group springboard from these heights towards a new beginning.

This is never clearer than in title track ‘Future Perfect (Pass the MIC)’, where the group have utilised the Chicago drill rap subgenre in order to create another anthemic title track. Across their entire discography the group’s title tracks have been big, bolshy anthems capable of bringing any stadium audience to their feet, but with its undeniable trap and hip-hop influences, ‘Future Perfect (Pass the MIC)’ is unlike any other title track they’ve put out whilst still retaining the triumphant, confident sound ENHYPEN has always played with.

Akin to all of their previous albums, ENHYPEN’s b-sides stand out as much, if not even more, than their title tracks. The three track run that takes listeners from ‘ParadoXXX Invasion’, ‘TFW (That Feeling When)’, and culminates in ‘SHOUT OUT’, is a riot from start to finish. ‘ParadoXXX Invasion’ doesn’t let up on the energy set up by the title track for a second, serving the listener with a groovy hip-hop song that could have been the title track in its own right. ‘TFW (That Feeling When)’ then flips the script by being a chill, feel-good song perfect for long summer drives on road trips. Fans of ‘Polaroid Love’ will not be disappointed with another song in a similar wheelhouse; and this new offering has a twinge of nostalgic 90s mellow pop about it too.

‘SHOUT OUT’ is another strong offering (featuring a production credit from group member Jake), and is an out-and-out rock track. The group ahve successfully dabbled with pop-rock elements in previous tracks before, such as with ‘Tamed-Dashed’ and ‘Attention, please!’, and they wear these rock elements well. Whilst many of their other pop-rock inspired songs had more of a darker twinge to them, ‘SHOUT OUT’ is overtly bright and uplifting, tying in well with the track’s optimistic lyrics where the group declare the love and freedom they feel about themselves and the object of their affections.

If there is any downside to this album at all, it is that the records’s opening and closing songs —  named ‘WALK THE LINE’ and ‘Foreshadow’ respectively — are not full tracks and are more like the shorter intro and outro tracks we have seen before in ENHYPEN’s discography. Many of these songs are great in their own right, and ‘WALK THE LINE’ and ‘Foreshadow’ are no exception; but for an album with six tracks, it is a shame that only four of these are full length, especially when the other two sound like they would be fantastic if so. However, it is a testament to the great production team working with ENHYPEN, and in particular, Wonderkid, the producer whose name runs through five of the six tracks on the album.

As a result, ENHYPEN have pulled off one of their most cohesive and confident albums, where they have drawn off the strong musical elements they cultivated across their first four releases and mixed them with the assurance of a group who knows there are new, greater heights they can reach. By utilising new musical elements MANIFESTO : DAY ONE is an album that feels fresh and free whilst also cementing the group’s identity and sound further.

MANIFESTO : DAY ONE has ushered in a fun new dawn for the group, and it’s exciting to wonder what new horizons ENHYPEN will endeavour to run towards next.