The seven-member group drop their first repackage after an incredible first year in the game.
Written by
Aimée KwanJanuary 10, 2022 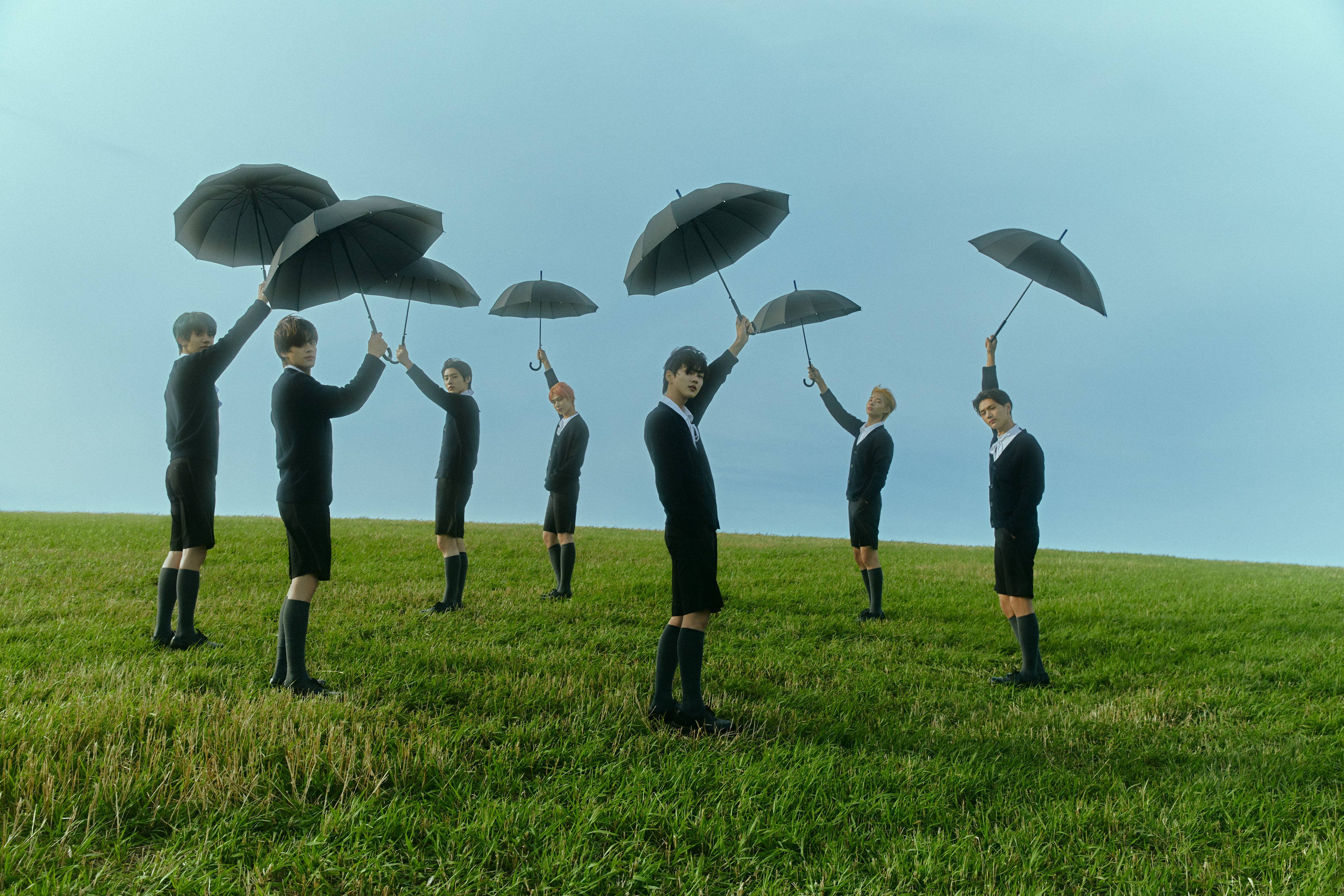 Let’s recap, shall we? Two Korean EPs, one Korean  LP, one Japanese single, two collaboration singles, over a million records sold and now… their first ever repackage in DIMENSION : ANSWER. Just the first thirteen months in ENHYPEN’s career.

Even though the seven-piece group was set up for great beginnings since being formed in Mnet’s I-LAND, to say their opening year has gone like a dream is an understatement. Despite being a repackage of the successful DIMENSION : DILEMMA, when unfolded DIMENSION : ANSWER comes across as celebration of all the group has achieved and who they have become. Title track ‘Blessed-Cursed’ is another rock-pop jam that follows on from the group’s best, and sounds a little as though previous hit title track ‘Drunk-Dazed’ and underrated B-side ‘Mixed Up’ had a baby.

The music video for the song is a glorious 80s and 90s throwback set in the year 2000 that, when compared to the group’s debut video ‘Given-Taken’ truly shows how much all the members of grown: some of them quite literally so. It’s arguably one of the group’s most frenetic and visually arresting music videos, and also continues the immortal vampire universe that has been set up in the group’s videos since the very beginning.

By contrast, the second new song ‘Polaroid Love’ is a breezy pop bop that explores love whilst showcasing the brighter side to the group as they express appreciation for their fans (known as ENGENES). The song was initially unveiled during the group’s EN-CONNECT : COMPANION concert in November 2021 and it’s great to finally hear it in studio form as well.

The last new track ‘Outro : Day 2’ is a song that is, like the group’s other Intro/Outro/Interludes, is made up of gorgeously atmospheric electropop. Judging by both its title and narration, this seems to be a clear indicator that the group will be ushering in a new artistic era this 2022. However, that the last non-Intro/Outro/Interlude song of the ENHYPEN Day One era is a love letter to all the fans that have watched them grow ultimately establishes this repackage as not just an expanded album, but also a celebration of all that ENHYPEN has become. ‘Blessed-Cursed’ revisits the rock-pop sounds that have helped the group stand out, but tracks like ‘Polaroid Love’ remind us why so many listeners have stayed.

ENHYPEN and their success in a microcosm.