(G)I-DLE's 'I NEVER DIE': A Renaissance Record Filled With Power

The five-member girl group return after over a year away with a well-crafted full-length album.
Written by
Aimée KwanMarch 14, 2022 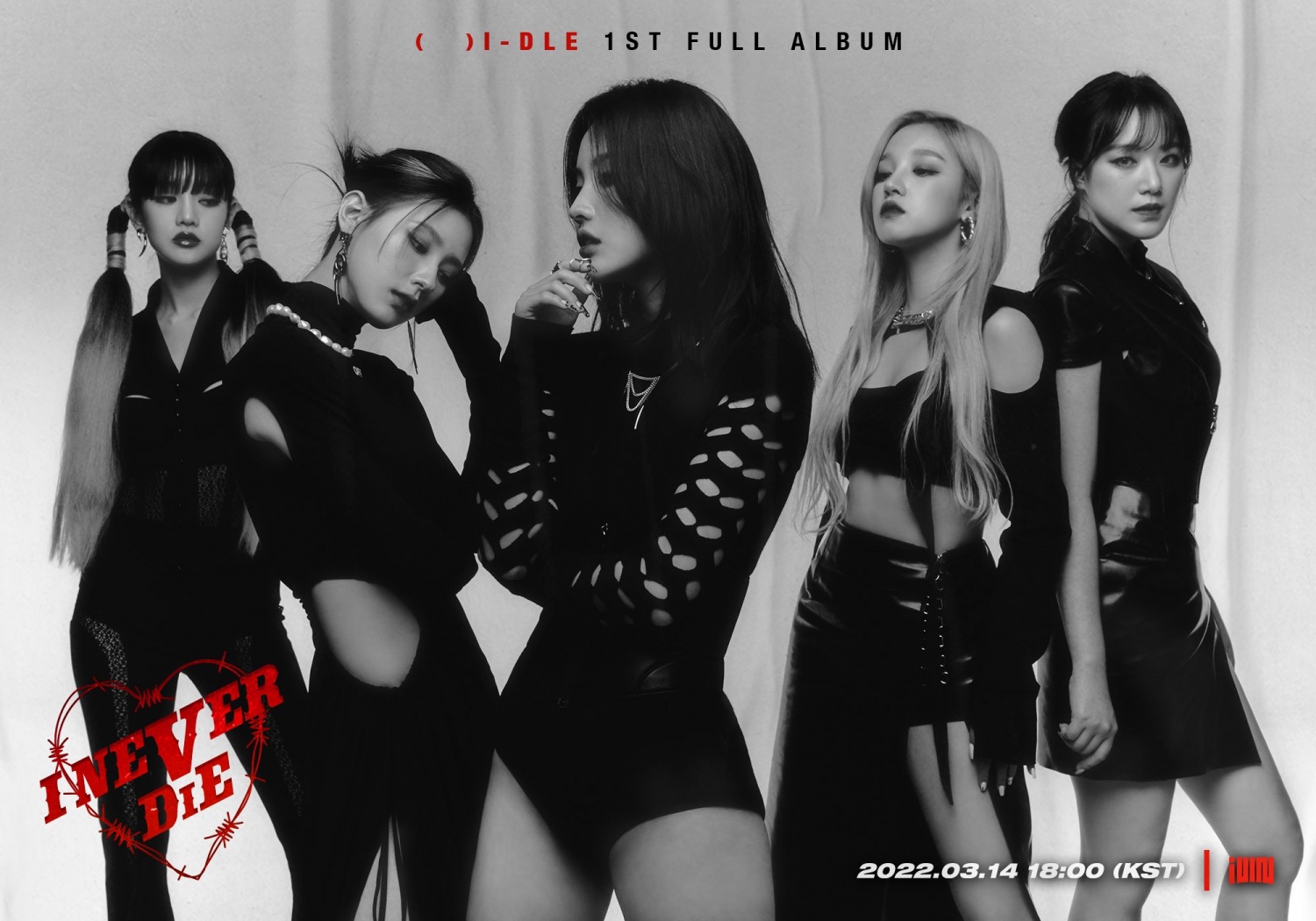 In 2021, (G)I-DLE cemented their status as 4th Generation frontrunners with the extended-play, I burn, a dreamy and theatrical pop symphony. Yet a lot has happened to the group in a year, most notably, the difficult departure of member Soojin that left fans wondering when — or if — the group would be able to return to the stage.

Thus, the title of the group’s first-ever full-length album, I NEVER DIE, has never seemed more appropriate, and the album’s rock-pop title track ‘TOMBOY’ effectively uses the genre to send a strong message about how they’re nobody’s playthings. Hollywood action movies are a clear influence on the song’s music video, with explosions, weapons and cars galore as the group channel some iconic female power performances. Think Thelma and Louise plus Harley Quinn: Birds of Prey, with a little sprinkling of Charlies’ Angels. It’s chaotic, fun, and watch out for the Barbie vs Ken animated section at the end: you won’t be able to look away.

The album features other rock-pop tracks such as ‘Never Stop Me’ and ‘LIAR’, with the former sounding like it has come fresh out of the noughties, and the latter showing off member Yuqi’s skills as both a composer and lyricist. Special mention goes to the bridge of the song, which spotlights the lower half of her vocal register beautifully. Member Minnie takes on lyricist and compositional duties on some of the album’s slower songs, ‘ALREADY’ and ‘ESCAPE’. Both are atmospheric pop songs that bring us back to a more classic (G)I-DLE sound; however, the inclusion of electric guitar in ‘ESCAPE’ ties it well into the album’s overall pop-rock sound.

In the record, the group also come back to the hip-hop sound they haven’t dabbled in too much since one of their earliest tracks ‘$$$’. Songs ‘VILLAIN DIES’ and ‘MY BAG’ are two of the most fun tracks on the album, and in ‘MY BAG’, Minnie’s vocal reference to the opening of the group’s debut title track ‘LATATA’ may put a smile on many a long time fan’s face. The group have not rapped much of late, and hearing all of the members rapping once more is a great bonus on top of an album already full of lovely vocal moments from the members. A hidden gem is the ballad ‘POLAROID’, where Yuqi once again pulls duty as a composer and lyricist as the group reminisces and says their goodbyes to someone: one can’t help but wonder if it’s a farewell to Soojin.

(G)I-DLE‘s never dabbled in the rock-pop sphere before, with much of their previous discography exploring various facets of alt-pop, electro-pop and much more to great aplomb. It speaks to their confidence and skill that they’ve pushed themselves to try out a new sound while balancing this with genres their fans already love. The album’s sound is cohesive from beginning to end, in no small part due to its tracklist: ‘TOMBOY’ through to ‘VILLAIN DIES’ come strong out of the gate, yet the latter’s mid-tempo beat provides an effective transition to the slower section of the album, between ‘ALREADY’ to ‘ESCAPE’, before the curtain falls on the defiant record closers in ‘LIAR’ and ‘MY BAG’.

As a consequence, the album doesn’t lag and it is worth listening to the record in order from beginning to end a fair few times before shuffling or dipping in and out. None of the members are hidden at all, with Soyeon, Shuhua, Yuqi, Minnie and Miyeon all given moments to shine between the album’s eight tracks and for all its cohesion it is almost a shame the record is not ten to twelve tracks long.

In I NEVER DIE, the group has come out fighting, guns ablaze while wearing their hearts on their sleeves. Neverland (the group’s fans) frequently refer  to how the group are ‘self-producing’, such is the group’s heavy creative involvement in their records. A glance at the album’s credits shows how there is member participation in every single track, and in some ways, that makes the message of the record even more meaningful.

Just a year ago, the great reputation the group had cultivated since 2018 seemed to be at risk. Just six months ago, fans were fending away naysayers saying the group might be put on ice.

Yet out of such turmoil, (G)I-DLE have risen up to put together a statement of a record to tell us they don’t plan on going anywhere, anytime soon.

I NEVER DIE is out now. (G)I-DLE is on Instagram, Twitter, and all major music streaming platforms.