GOT7's 'GOT7': A Triumphant Album That Defies The Odds

In some ways, GOT7 shouldn't be here: few to no groups survive leaving their company to return with new music, especially with all members intact. Yet GOT7 have done it, and with no less than a landmark record.
Written by
Francesca Verceles-ZaraMay 24, 2022 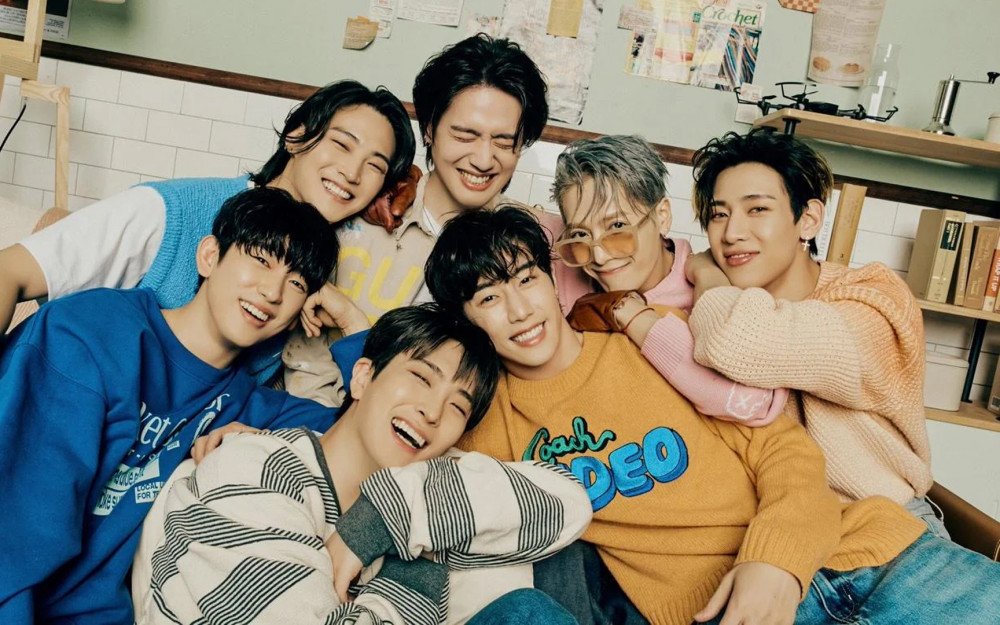 GOT7 for 'GOT7'. Photo: Warner Music Korea.
Now Reading:
GOT7's 'GOT7': A Triumphant Album That Defies The Odds

Every time a group leaves the company they debuted with, a lot of speculation and doubt follows. Will the group come back as a together after the fact? Are the members just focusing on their solo careers moving forward? Many questions arise, but for GOT7 and IGOT7 (a term for their fans) the answers for these questions were clear.

After GOT7’s departure from JYP Entertainment, both Ahgase (another term for their fans) and the boys themselves were excited for the new chapter in their lives and the new opportunities that presented themselves after leaving. Though the boys left to work on their solo projects and signing to different companies one thing was made clear: the group did not disband and are not disbanding.

GOT7 marks their first mini album since November 2020's Breath of Love: Last Piece. Ahgase and those who have been watching the group since their departure have been waiting in anticipation to see what the boys come up with since they retained the full rights to their group name and all of the content they produced under JYPE. With song credits coming from four of the members, much anticipation also comes from seeing what direction the group takes with their sound considering that over the past year they’ve all released their own EPs, albums and singles with very different sounds. Jay B (H1gher Music), Mark (Creative Artist Agency) and Yugyeom (AOMG) went with soulful R&B tracks whilst Youngjae (Sublime Artist Agency) and BamBam (Abyss) dropped more poppy sounding albums. Meanwhile, Jinyoung released 'Dive' between acting projects – a song with a pop rock sound accompanied by a live band - and Jackson explored a multitude of sounds with his projects both with Team Wang and 88rising.

GOT7 consists of six tracks that truly showcases how each member has grown over the past year and a half having departed from what they knew in the idol business, building solo their own careers and establishing themselves as artists; all without losing the integrity of sounding like a unit, which just speaks to their cohesiveness as a group and how well-rounded they are. Not to mention, that four of the seven members wrote and composed all of the songs featured on the record. This isn’t really a surprise as in many of the group’s previous albums, they’ve also written and produced songs; however, this time around, the tracks come from the group without a larger company dictating what would be on the tracklist.

From the top the EP starts off upbeat, riding an experimental beat on the first track 'TRUTH' written by Def. (Jay B) and produced by iHwak who had worked with Jay B on other projects, like the group’s latest title track 'Last Piece'. This then rolls into a dance-pop song 'Drive Me To The Moon' that had a similar vibe (no pun intended) to Youngjae’s debut solo track 'Vibin’, which makes sense with the production team being the same. Indeed, this album really does it’s best to still show GOT7’s individual colours.

Midway through the EP we get to the title track 'NANANA', again written by Def. and produced by Royal Dive, who has worked with GOT7 in the past on tracks like 'Page' and 'THURSDAY'. Riding on tracks such as those, 'NANANA' is a whimsical, R&B-pop track that’s easy to groove to without even knowing it, and is a song that energises you upon multiple listens.

In the back half of the album, the group gives us moodier R&B tracks with 'Two' written by Yugyeom, 'Don’t Care About Me' co-written by Jinyoung and Yugyeom, with the EP closing on another track by the group’s leader, 'Don’t Leave Me Alone'. The final track was a perfect ending to the record, feeling as if it was a group effort to remind Ahgase that even though the seven of them aren’t together all the time, that they would all still be GOT7 no matter what.

GOT7 held a Homecoming Fan Concert this past weekend, which was two days of the group being reunited with their fans for the first time in person for two and a half years. During the fan concert weekend the group revisited classic GOT7 songs such as their debut track 'Girls Girls Girls' and one of their most viral songs 'Just Right ((딱 좋아)', as well as and the song they wrote for Ahgase upon their departure from JYPE 'Encore'. The group also showed off many of their beloved and heartwarming B-sides like 'Playground' and 'Miracle', whilst also finding time to perform two new songs. All of this came together to both remind fans and casual listeners not only of their long musical legacy, but why the group have endeavoured to stay together no matter what.

This comes through in spades in GOT7, an album that not just reads as a celebration of such a long career together, but also as a rebirth for a group that have found themselves with more creative freedom than ever. All in all, the record is a testament to their dedication to each other and their fans, especially given how they have managed to pull such a cohesive record together despite their busy individual schedules, and made it more than worth the wait to see the seven of them come together once more.

We can’t wait to see how the seven of them grow further and how they will come together again for future albums.