Love, Yearning and a Dose of Glitter: MONSTA X's 'Shape of Love'

Pop borne of seven hard-fought years in the industry is the order of the day in the group's newest record.
Written by
Aimée KwanApril 26, 2022 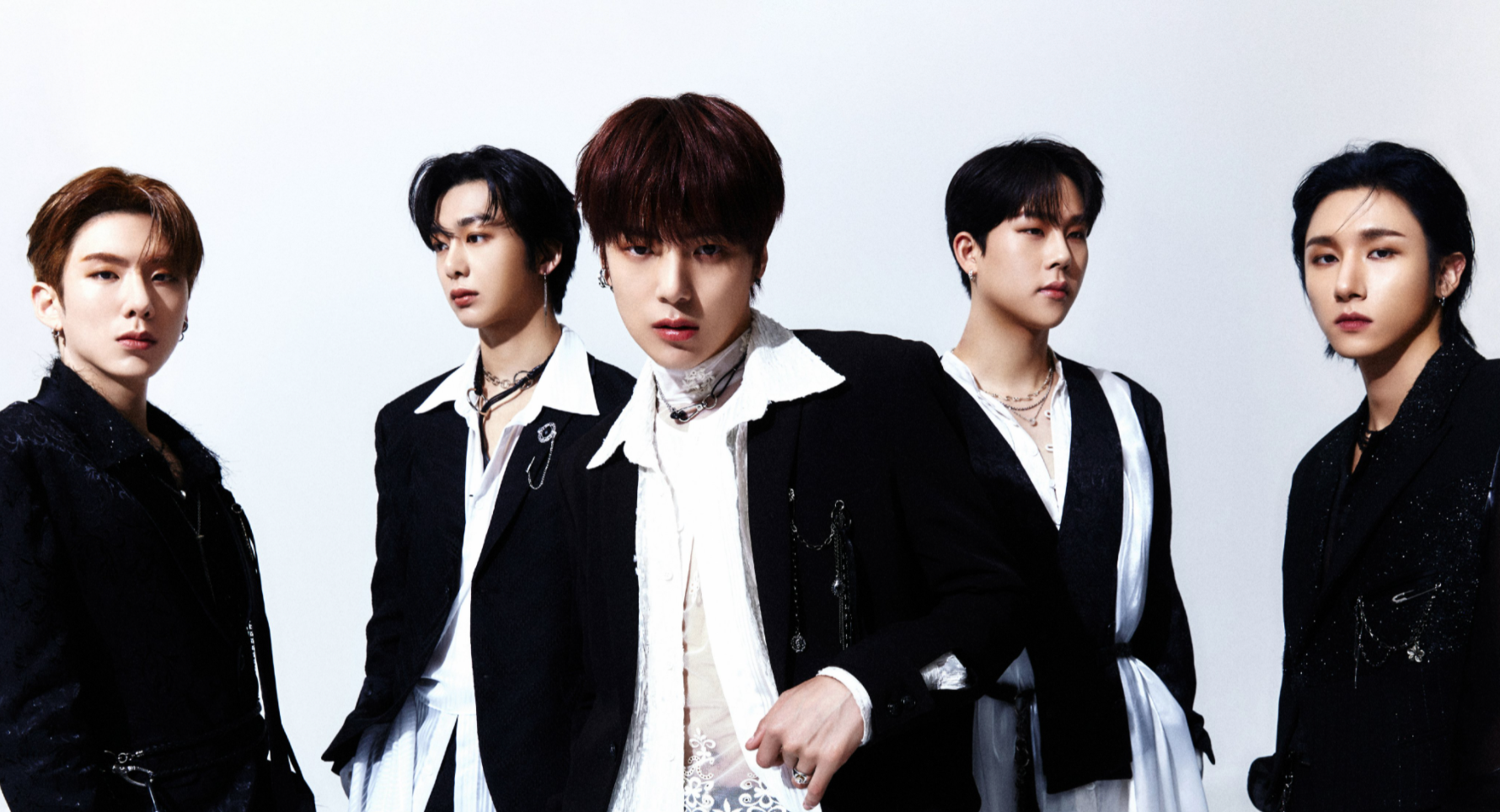 Love: something we all yearn for, the inspiration behind an entire film genre, and a topic that MONSTA X has truly enjoyed singing about across their entire career. Love has dominated some of the group’s biggest moments, from their first English album being pointedly titled ALL ABOUT LUV, to their more vintage hits such as ‘Jealousy’, ‘Shoot Out’ and ‘Play It Cool (feat. Steve Aoki)’ also tackling the topic. Perhaps then, it’s no surprise that the group has chosen to return in 2022 with an album that continues to explore such emotions.

Yet through the album’s title track ‘LOVE’, we can see just how much the group’s sound has evolved since their 2015 debut. It is a pop song with clear R&B influences that continue the trend of the group experimenting beyond the noise music that they had made their own over the first half-decade of their careers. ‘LOVE’ has the familiar bass-heavy chorus that one would expect to hear in a MONSTA X title track, but the occasional injection of synths, saxophone and strings elevate the song and give it a gorgeous glossy vibe.

The album’s only feature is a doozy, titled ‘Burning Up (feat. R3HAB)’, with the Moroccan-Dutch DJ arranging the 80s-esque dance-pop song. The song is perfectly catchy pop, and could easily become one of the B-side hits of the album. The group’s English records have cemented them as consistent crossover artists, and ‘Burning Up’ would have been a perfect track to push to international audiences. The following track ‘Breathe’ helps to enforce the slick and sparkling atmosphere across the album; the R&B-pop track would not go amiss as a Justin Timberlake or latter-career Michael Jackson B-side, with the horns that punctuate the album’s chorus working perfectly alongside the jazz house groove that underpins the song.

There are songs that also fall into the vibe casual listeners might more readily associate with the group, such as ‘Wildfire’ and ‘AND’. Both give more space for the group’s rap line to shine, with both tracks featuring Joohoney and I.M’s involvement as lyricists, whilst the latter song sees I.M. also pull duty as a composer and arranger. However, whilst ‘Wildfire’ deals with the confusion and potential toxicity of consuming love, ‘RUN’ sees the group reflect on all the hope and need such love and companionship can bring… and how you yearn for the one you love in those tougher moments in life. They are arguably the angstiest moments on the album, reflected not just in the lyrics but in the mid-tempo, minor-key soundscape of both songs.

Song ‘사랑한다’ is the most upbeat track on the album, with a tropical-house instrumental peppering the chorus, making it sound like the little sister of their 2020 song ‘Stand Up’. The lyrics are as bright and upbeat as the title suggests, as the group sing of a love that is uplifting and energizing.

In a way, SHAPE OF LOVE is an album split into two halves: the first reflecting the ways the group are continuing to experiment, play and have fun pushing the boundaries of their music, whilst the second pulls the listener back to the sounds that remind you why MONSTA X has maintained such a loyal fanbase for so many years. The group’s contracts should end in May of this year, so any renewal, if forthcoming, should hopefully occur before the group takes off for their US tour in a few weeks.

If the record’s music and message are any indicators, fans should retain hope that the group will remain together. SHAPE OF LOVE showcases how MONSTA X keep continuing to grow musically, whilst their consistent utilisation of love as a lyrical thread throughout suggests that their emotional connection to their fans and their work has still not abated. Thus, whilst we wait with bated breath to see what direction MONSTA X will go in after they wrap up their 2022 tour, SHAPE OF LOVE is a pleasant reminder of how far the group has come in seven years, and how much further they can surely still go.

SHAPE OF LOVE is out now. MONSTA X can be found on Instagram, Twitter and all major music streaming platforms.