We spoke to the Emperor of Mercury Theatre's 'Aladdin', Minal Patel, about his thoughts on diverse casting, his experiences featuring in this new rendition of Aladdin and what he would wish for if he ever had his own genie.
Written by
Aarabi BaheerathanDecember 16, 2021 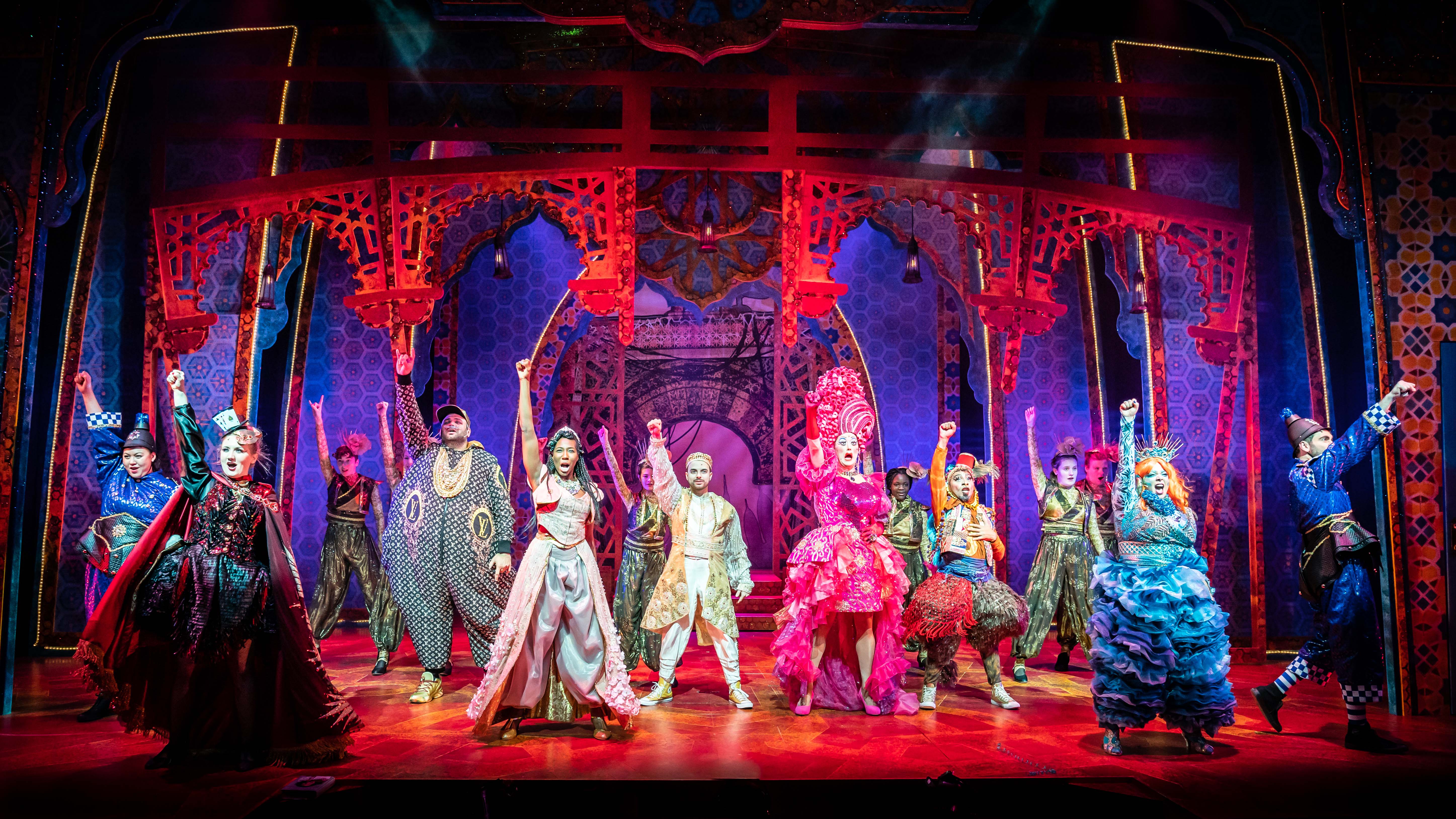 We’re thrilled to be able to speak to you about this show! You play The Emperor of Colchestaria, could you tell us a little bit more about the character?

The Emperor is Jasmine’s father. He’s definitely the kind of guy that likes to come across as high and mighty – as most emperors do, but his frustrations with his daughter and all other sorts of things send him right back down to earth.

We have seen multiple adaptations of Aladdin over the years, what do you think it is about Aladdin as a tale that keeps inspiring creatives and drawing in audiences, especially since it’s a story that invites and encourages more diverse casting than other traditional pantomimes?

I think the Aladdin story is so popular because it shines a light on wanting to follow your dreams, regardless of where you come from and whether or not you have the means to do so. I think audiences love the success story of Aladdin, as well as the whole magical element thrown in – what’s not to love.

It’s great to see such a diverse cast for this pantomime, is that something you feel is often overlooked in the theatre industry?

Yes and no. I’m all for diverse casting – especially when it isn’t shoehorned into a production. I think diverse casting not only brings newness to the story telling and also inspires a diverse audience, but it also feeds our industry with culture and experiences that are awesome and inspiring. Diverse performers bring their culture with them which disrupts the old school paradigm that underpins our industry in the UK and that can feel like a threat for some creative teams but my experience is that the ones who embrace that diversity/culture create astounding working spaces and productions.

What makes this rendition of Aladdin distinctive and special?

The set and costumes are some of the best I’ve seen in a panto. In our production, Aladdin loves rock music so the whole show is filled with anthem after anthem that will surely leave you singing and dancing along. Couple that with the insanely talented and diverse cast we have – it’s definitely nothing like I’ve ever seen before.

The creative director of Mercury Theatre, Ryan McBryde, mentioned that in this version the titular character has dreams of being a rock star. What was it like reimagining this classic with music from Queen, Bon Jovi and more?

It’s been amazing being able to sing and move to all those classics – they never get old. It actually feels like we are at a rock concert. Even the set and costumes have elements of those iconic rock stars in them! I never thought panto could be done this way.

Can we expect any big musical numbers from the Emperor? What sources of inspiration did you use for creating this role?

No big numbers from the Emperor, I’m afraid. My costume and the script really were the only inspiration I could use (once you see it, you know why). It’s a mash up of all the ideas I had in my head! He’s an enjoyable mix of dad and emperor.

It’s been an undoubtedly tough couple of years for the performing arts industry, how does it feel to be back in the theatre? Have you discovered anything about yourself in this pandemic period that you’re now bringing to your artistry.

Of course, it’s so good to be back. I was fortunate enough to have worked for quite a lot of the last year so this is another stepping stone and the audiences just love it. I certainly have discovered a lot about myself– too much to share here, but in essence I think what’s sticking with me is to take every moment as it comes both in life and when it comes to rehearsing a show – be available to newness each day. It’s helping my process as an actor, as well as staying mentally well. It’s helping me to cultivate more patience and awe in what I do.

Is there any particular scene that you can’t wait for audiences to see? Are there any favorite moments you can spoil or tease for us?

There are a few brilliant moments, I think the one that stands out the most is when Aladdin travels to the land of the mummies to save Jasmine! I won’t tell you how he does it but it is suitably rock themed and it won’t let you down!

Why should audiences make sure they head to the Mercury Theatre to see Aladdin this Christmas?

Because you can! It’s safe to say that the Mercury is an incredible venue for actors and audiences. It’s also a great opportunity to be back in seeing live theatre at its best and you really won’t want to miss any of the shows here. It’ll give you the boost of joy and fun that we’ve all been craving.

And finally - we can’t have an interview about Aladdin without asking you this - If you were granted three wishes, what would you wish for?

1. For the planet to rejuvenate itself back to its healthy self.

2. For eternal physical, mental and spiritual health so that I can keep living how I do.

3. For someone else to have 3 wishes.

You can catch Minal Patel in Aladdin at the Mercury Theatre, which runs until the 16th January 2022.