Main vocalist KIHYUN steps away from MONSTA X's R&B pop and noise music to craft his own sound in 'VOYAGER'
Written by
Aimée KwanMarch 15, 2022 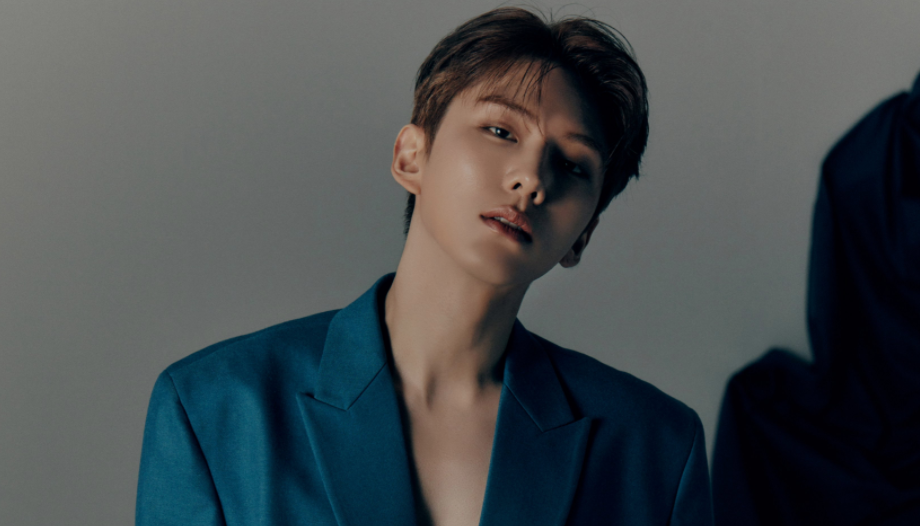 MONSTA X member Yoo Kihyun has long been known for his stand-out vocals, notable due to his great range and powerful tone. However, up until this year, only members I.M and Joohoney have released solo records. In his new three-track single album VOYAGER, KIHYUN finally joins their company; showing, as with the others before him, that he has his own individual colours outside of the group’s well-loved sound.

That title track ‘VOYAGER’ is a rock-pop song should come as no surprise to Monbebe (the name for MONSTA X’s fans), since KIHYUN has often talked about his love of the rock genre. Amongst his covers of numerous rock and rock-pop songs done over the years, his 2020 cover of Imagine Dragons’ ‘Believer’ even received a shoutout from several members of the band. ‘VOYAGER’ is a fun opener to the album, as an upbeat earworm that still gives him the chance to show off some of his vocal skill.

The single album’s two other tracks include ‘, (COMMA)’, another rock-pop song that has more of an alternative feel. The chorus soars, giving more space for him to show off his vocal abilities than in the title track, whilst also reflecting the pensive and emotional nature of the song’s lyrics. Notably, KIHYUN takes on the role of lyricist for this track, and the song taps into feelings of exhaustion, anxiety and yearning for a better tomorrow.

Yet it is in the final track ‘RAIN’ where we are able to indulge in his vocal range the most. Given that we usually hear KIHYUN’s higher registers on MONSTA X tracks, here we see him flex his lower register as a rapper in the second verse. The song steps back from the rock influences to be found in the two earlier tracks, and its sonic landscape is more akin to other slow yet powerful MONSTA X ballads such as ‘Lost in the Dream’ and ‘Nobody Else ’, with heavy bass used to compliment equally strong vocals.

In many ways, VOYAGER lives up to its name: taking the listener on a sonic ride through the many facets of himself that Kihyun wishes to present to us. Whilst ‘VOYAGER’ will surely bring in many listeners, ‘, (COMMA)’ and ‘RAIN’ provide a multitude of reasons to stay. Though rock has started creeping into mainstream K-Pop more of late, KIHYUN’s choosing of the genre as a foundation for his overall sound helps to set him apart from many other idol soloists and keeps VOYAGER an interesting and enjoyable listen.

It will be interesting to see if KIHYUN continues down this rock-pop and alternative route, which has worked so well for him in this single album. With the format and space an EP or LP would offer him, it is exciting to think of how he might try to experiment in the rock-pop space even further. Hopefully, we will not have to wait too long for KIHYUN’s next solo adventure; until then, it is all we can do to enjoy the excursion VOYAGER takes us on.