My Story: Lucy Sheen & Being Othered by the ‘Others’

&ASIAN’s ‘My Story’ series gives writers and contributors the chance to tell us about their lives and personal experiences with honesty and candor. Here, British writer, poet and playwright Lucy Sheen talks about her complex upbringing and how this affects her hopes in both the next generation and in the development of dialogue around race today.
Written by
Lucy SheenMay 21, 2021 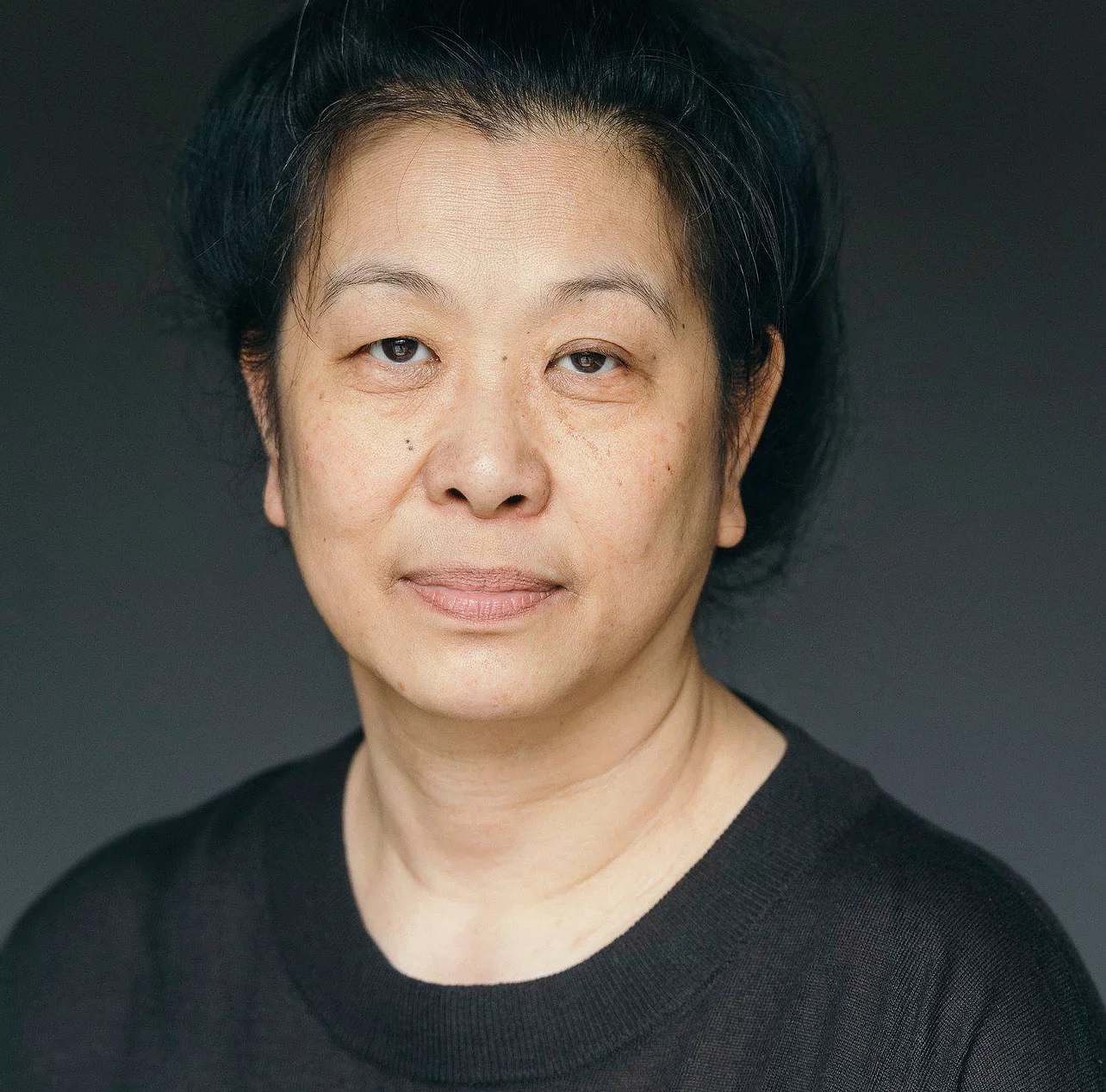 Photo courtesy of Lucy Sheen.
Now Reading:
My Story: Lucy Sheen & Being Othered by the ‘Others’

Recently my daughter and I were invited to appear on Adventure Theatre MTC’s live stream Mixing it Up presented by actress, writer, director and Asian-American activist Erin Quill.

We talked a lot about being ‘mixed’ something, which has affected me more than it has my daughter who is Afro-Asian. Maybe it is a generational thing and an advantage my daughter had of growing up in inner London. Her generation mixes together with such ease, engaging without a second thought with people from so many different heritages and racial backgrounds. There (I hope) lies our future. Where skin tone, strength of melanin, an inability to speak in the language of our ancestors no longer dictates our right to be considered British and ceases to be a barometer of cultural and racial authenticity.

My generation, we’re the generation that carry multiple, compounded and complex, scars. Deep wounds inflicted upon our soft underbelly, by a post-Cold War nation, pre the polyethnic diversity of the 21st Century contemporary United Kingdom (on the streets that is). I often think that my generation is ableist. Shackled by memories, the spectres of empire and colonialism. Much like our immigrant ancestors, who brought with them the fears and injustices from their motherlands. Probably the very things that made them seek refuge in shores far away. That fear seems to continue on in later generations, almost lost in reason or understanding. But it persists and it drives our own xenophobia, fuelling our self-perceived inadequacies. So, when it comes to people like me; culturally displaced, linguistically disenfranchised, shunned by the country that had adopted me, but also shunned by the culture and country of my birth.

I was born, abandoned and orphaned in Hong Kong. Left on the public stairwell of 9 Austin Avenue in downtown Kowloon. That’s where my mixture comes from; where my seeds of identity dislocation emanate from. Where my lineage was disrupted, some might say corrupted. I grew up in a no man’s land as a cultural Frankenstein. UK in the 60s, where people of colour were the exception, the only people that I came across who looked like me appeared inside a black and white TV set.  Richard Barthlemess in Broken Blossoms, Myrna Loy in The Black Watch and The Mask of Fu Manchu, Nils Aster in The Bitter Tea of General Yen, Paul Muni and Luise Rainer in The Good Earth, Peter Lorre as Mr Moto, Katherine Hepburn in Dragon Seed, Yul Brynner in The King and I, Marlon Brando in Tea House of the August Moon, Mickey Rooney in Breakfast at Tiffany’s and Tony Randall in the 7 Faces of Dr. Lao. I later found out that all these actors were imposters who had utilised yellowface to pretend to portray a character of East or South East Asian heritage. This practice was still happening and continues even to this day. I left secondary-modern school and went to Polytechnic in the 70s. Peter Ustinov appeared in the film One of Our Dinosaurs is Missing (1975) as Hnup Wan. Not too long before I left drama school Ustinov took the title role in Charlie Chan and The Curse of the Dragon Queen. Peter Ustinov was an actor and raconteur that I had always admired. I was fortunate enough to meet him whilst I was in Venice for the International Film Festival in 1986. He commented without my prompting that he hoped that there would be more actors of similar heritage to myself who could bring new life into roles that had been typically taken and in hindsight subverted to view and discourse which was prejudicial and, in some cases, hateful.

Throughout my childhood not only was yellowface a common practice, but blacking up on stage and screen was also equally popular and commonplace.  My adoptive family would sit in eager anticipation for The Black and White Minstrel Show to be broadcast at prime-time. At the height of its popularity this variety show was watched by 18 million people in Britain.  We also had the comedy shows, Till Death Do Us Part and Curry and Chips. By the time I went to secondary modern school there was Love Thy Neighbour and Mind Your Language along with Kung Fu starring David Carradine as the Asian-American who becomes a Shaolin monk.

It was the 90s by the time my daughter came along. For British East and South East Asians (BESEAs) the racism and bigotry had changed little from racism and hatred I experienced in the 60s. But this time the racism was directed at both myself and my daughter. Thankfully my daughter does not remember any of the hostility and hatred directed at her.  Mostly it came from young Black women who buggy-rammed and shoved their faces into my daughter’s buggy to get a better look. “What is that?!” I remember one young woman asking with hostility and purpose. I developed a strategy and that was to announce boldly and loudly:

It became a well-used strategy for my daughter’s pre-school years. But not only did we have to put up with the disparaging remarks and some rather invasive physical invasions of our personal space when going about our normal business in public; we also had to endure hateful, demeaning and racist commentary from white people and also from some BESEAs.

It impacted upon me more than it did on my daughter – thankfully. The circles my daughter grew up in were filled with diversity and difference. Traits and differences that in her social circles were seen as things to celebrate and be proud of. Things that made her and friends stronger and more united. It would be interesting to know if that is a more common outlook across young adults of a similar age to my daughter. The ripples of fractured and insecure identity in the UK continue to affect how BESEAs engage and interact with others in the country that is their home, the country to which they are citizens. We continue to battle not only with our own identity but also with how we continue to allow others to impose an identity upon us. The ‘community’ continues to bury its own so-called collective head into the sand. It refuses to acknowledge that internally we have our own problems when it comes to acceptance, to equality and inclusion. How many unacceptable views on gender and sexuality are still wide-spread? We have our own internal racism problems. Some BESEAs are pro the Chinese Communist Party (CCP) and consider others who stand up for free speech in Hong Kong or challenge the policies and actions of the CCP, challenge their treatment of Uyghurs or Tibetans as abuses of human rights, as anti-Chinese. People who are critical of the CCP are often branded as being race traitors and their heritage disputed by those who see any criticism of the CCP to be a criticism of the Chinese people as a whole, which in my humble opinion is ridiculous. State and Populus are not always one and the same.

From a very personal perspective if the community in the UK is to actually become a true community like that of our colleagues and friends of Black, African and Caribbean heritage. BESEAs have to find their own way to positively embrace, include and respect the diversity within our community. To be willing to engage with other BESEAs with differing points of view and genuinely seek to understand those points of view. But be able to disagree but still respect one another and our own diversity and differences. Without resorting to hate, abuse or questionable tactics because the views challenge the old ideas of stability. Without keeping one’s head down and not drawing attention to oneself for fear of reprisals. I would suggest that we are far, far beyond that necessary ideology of our ancestors who migrated to Britain or other western countries. We can no longer afford to be passive bystanders on issues and attitudes towards race and belonging, on how others see us, let alone how we see ourselves. We will never substantively change the narrative if we do not tackle our own shortcomings; if we do not join forces with the rest of this country by standing alongside all those who seek to redress injustices based on colour of skin, racial heritage, gender, age, religion or disability.

Only when the BESEAs embrace their dual heritage or multiple heritages in the context of also being British citizens or having chosen to base themselves here in the UK for work, only then do I think we will really begin to see structural and institutional change. We do not have to deny either portion of who we are. Nor do we need to prefer one aspect of our heritage to the other. We absolutely must hold onto those narratives and stories of immigration and migration. But this is not the only story and should not define or confine us or how others seek to see, represent, or portray us. The narrative continues to evolve and we must evolve with it in our own attitudes towards, race, ethnicity and belonging. We can take pride in where our ancestors came from and how they came to be here. It is not the end. We continue the story; the ongoing narrative is not a dilution of who or what we are but an expansion of who and what we are. For surely that is what makes us the diverse, multifaceted, complex and enriched British East Asians that we are.