As the Tokyo 2020 Paralympics finally get underway this summer, &ASIAN spotlights a few Asian athletes that might go under your radar. In this week’s issue, we highlight Chimi Dema, one of Bhutan’s Paralympic stars.
Written by
Yin Ting LauAugust 20, 2021 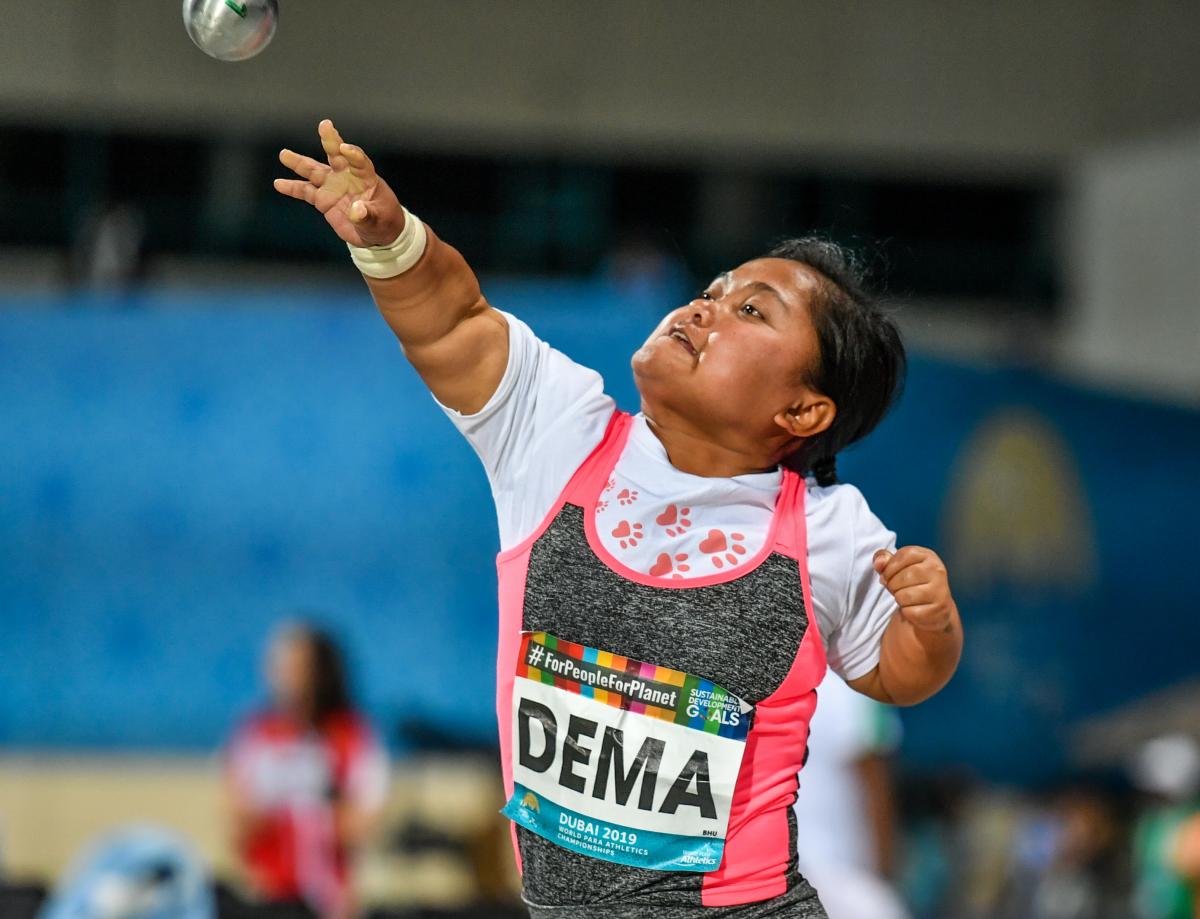 Formed in 2017, Bhutan is one of the newest National Paralympic Committees– Along with their fellow Bhutanese athletes Gyeltshen Gyeltshen (Athletics) and Kinley Dem (Shooting), Dema will be representing Bhutan for the country’s debut at the Tokyo 2020 Paralympic Games!

After losing her job in 2018, Dema heard that Bhutan’s NPC was conducting trials and gave it a try despite not having played any sport before. Within a year, she achieved the Minimum Qualifying Standard for the Paralympics in her debut tournament, throwing 4.29m at the Beijing Grand Prix in May 2019.

Coach Gyeltshen says of Chimi: “Whatever may be the result, Dema will make history by becoming the first athlete to participate in Paralympics in the Kingdom of Bhutan. There are plenty of experienced athletes out there, so the competition is tough. It will be a huge learning curve for her and a huge boost for Bhutan.”

Catch Chimi Dema in the Tokyo 2020 Paralympics this summer.