Film and TV legend Sandra Oh is joined by talented newcomer Rosalie Chiang as mother-daughter duo Ming and Mei in Pixar's new movie Turning Red, about 13-year-old Mei's ability to shapeshift into a red panda, and the chaos that ensues! The two join us for a brief chat ahead of the movie's opening worldwide.
Written by
Aimée KwanMarch 11, 2022 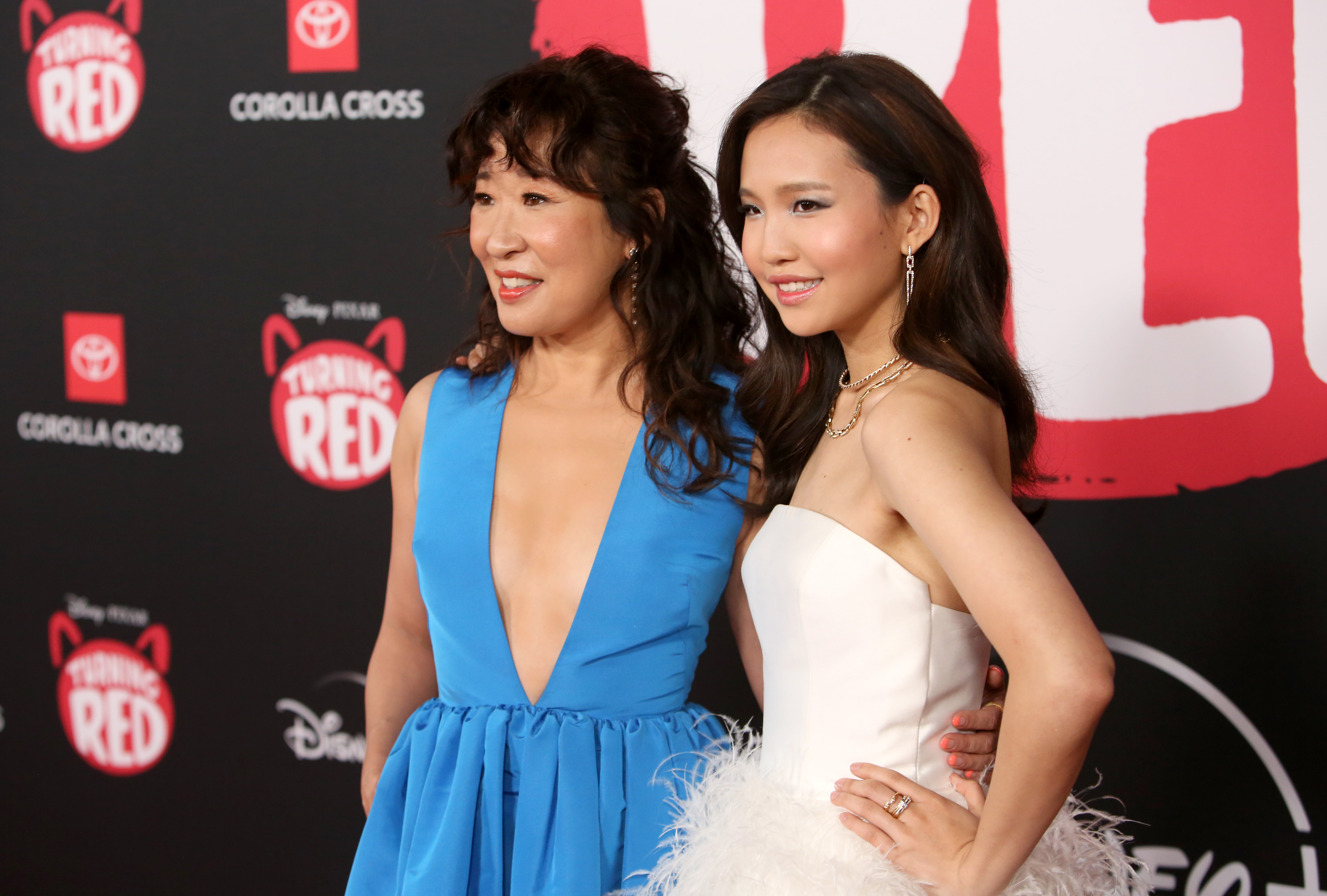 Thank you both for being part of such a wonderful movie!

With the mother daughter relationship you both portray in the movie, I'd love to know if you both actually got the chance to spend time together during production.

RC: I didn't even realise that Sandra was playing my mother until maybe six months before the announcement of the movie! So that obviously means we didn't have the chance to record together per se; we just met at the beginning of press, when press started. But I think that Domee the director had such a clear vision of what she wanted for the movie. She was able to give us really great insight and background so our voices can... I guess, sound good together!

SO: Usually in animation you don't record together and then of course, during the pandemic, we were quite separated. But you know what, like Rosalie was saying... it speaks highly of Domee Shi, our director, and Julia Sho, the co-writer, who really guided us well to be able to help us create a believable relationship.

Rosalie, with the story set in a time before you were born, how much prep did you do to realise that 90s world for yourself?

RC: [The movie] takes place in 2002, Canada, and I don't live in Canada, nor was I born in 2002. But Domee gives great insight, great background, and she has shown me pictures or drawings of what the city looked like. So she was able to put a really clear vision in my head, which I could envision while saying my lines.

Sandra, something that really struck me during the movie, without giving too much away, were the different states we see Ming in; whether that's during the climax of the movie or in her past states. It's so clear vocally, all of different emotional places she goes, just through your voice work.

As an actor, what did you do to get to those places?

SO: Oh, great question, because you go back to the essential parts of what it is to be an actor, right? And that has to do with the script. That has to do with being able to be directed well, to be able to hit those emotional parts. You do see... I mean, also [for] Mei... we go through such a range of emotions.

It's being directed to the correct point of like, if you were, let's say, forming the younger self: in the circumstances, what would that voice be? It's to try and find that place, or [instead] the heightened parts of being angry with Mei, or being just regular mom with Mei... that again, has to do with Domee and and the script that she wrote, because if it's in there, you can play it.

Turning Red is out today worldwide. Check out the other interviews from our special Turning Red week here!