Sitting Down with Turning Red's Domee Shi and Lindsey Collins

&ASIAN's Aimée Kwan had a chance to briefly sit down with Turning Red's Academy Award-winning director Domee Shi and Lindsey Collins, the producer behind WALL-E, Finding Dory, and many more Pixar gems. Check out what they had to say below!
Written by
Aimée KwanMarch 9, 2022 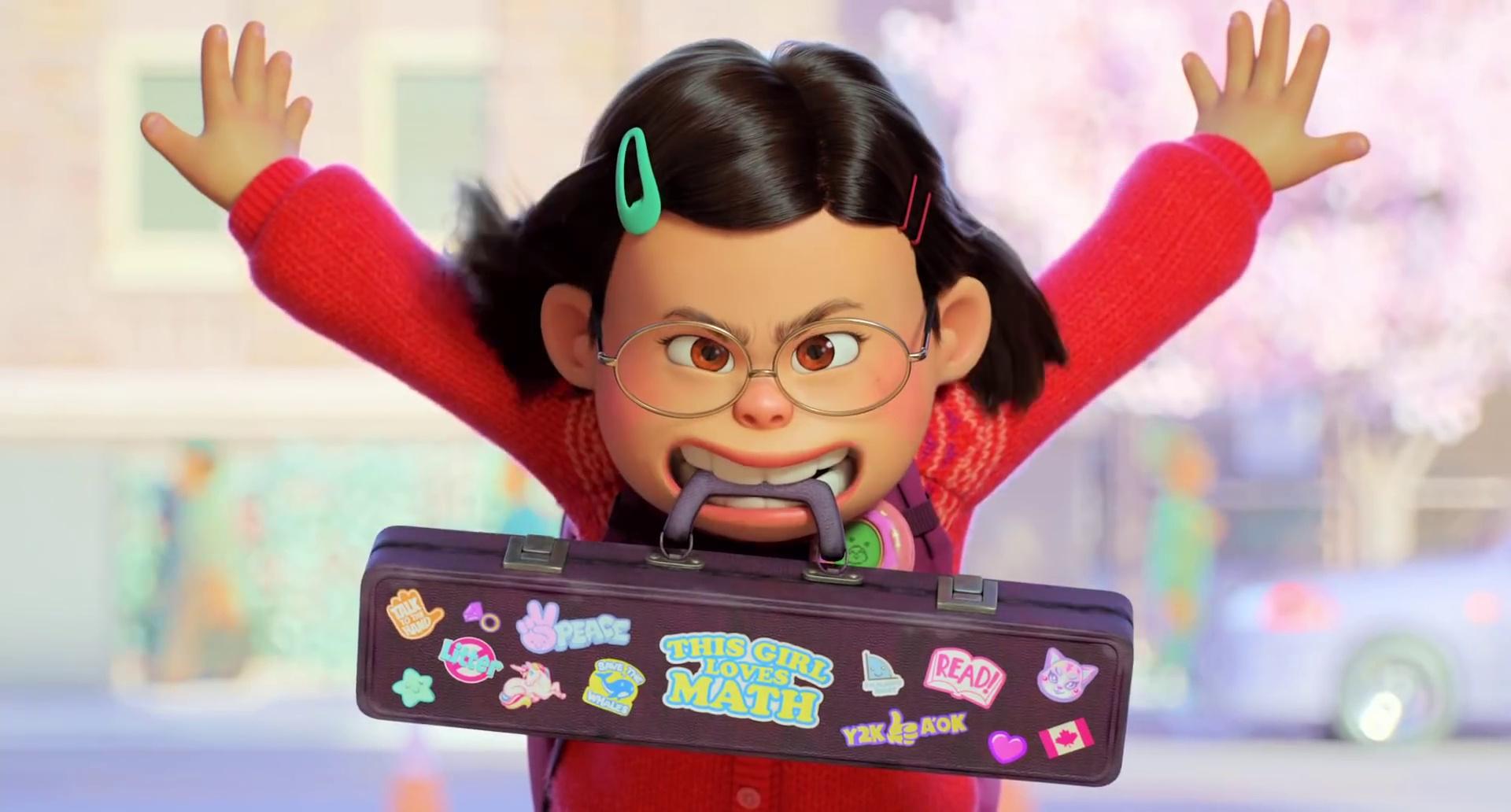 Firstly, thank you for making such a wonderful movie! It resonated so much with me, so thank you so much.

Domee, you picked Toronto because of your Chinese-Canadian heritage. I'd love to know what's the response been like from friends and family over there?

DS: Ah, I hope they like it! We haven't shown many people yet. We're actually about to fly to Canada next week to premiere it in Toronto. I've invited friends, family... all the Canadian city! We're very excited to show them, but from the few Canadians and Torontonians on the crew and the cast - Maitreyi (Ramakrishnan, who plays Priya) Sandra (Oh, who plays Ming) who've watched it - they are so excited. They love all the Canadian references.

LC: Dude, like Canadian pride... It's strong. It's real. So we anticipate, you know, hopefully an international Domee day. That's what we're doing. (laughs)

There are so many little details in reference to Canadian immigrant life that were wonderful to see. One of them was the use of Cantonese and I would love to delve into why you specifically chose to highlight that dialect.

DS: It just came from looking at the population of of Chinatown in Toronto and Chinatowns all over America and Canada and speaking with people who used to live and grow up in in Chinatown, and experts that know all about Chinatown. The original residents of these Chinatowns are from the South of China, from Taishan, Guangdong, so Cantonese and Taishanese are the more common dialects that you hear from a lot of the residents who live in in these Chinatowns [speak in]. So it was important for us when we were recording the loop group for the background characters... deciding what language her family speaks to just honour that truth.

LC: Be authentic to it really.

Lindsey, you've worked on some amazing Pixar movies that have looked at with parent-child relationships, and Turning Red deals with that on multiple levels. How did you figure out with Domee how you wanted to explore these important bonds in a new and different way to what you've done before?

LC: Frankly, Domee came into this movie very early on, wanting to explore the the parent-child relationship, and specifically the mother-daughter relationship. So, you know, the fact that she had such an idea of who these characters were going to be, from these very, very early stages... you kind of got an initial immediate sense that these were going to be really fun characters to explore over the course of the film.

The fact that we were going to be focusing on this 13 year old coming-of-age period of time, [that] was unique to Pixar, and we hadn't kind of really delved into that at all. Most of the films that we do at Pixar are personal stories; they come from a real sense of personal experience and wanting to kind of present that to the audience from a place of real genuine memory and emotion. So it fits in the Pixar library of these types of films in that it is very personal and it is very specific.

But I also think it's really new in the sense we haven't really delved into that dynamic between mother-daughter at that coming-of-age [period]... especially in a modern or relatively modern time and with such kind of, I would say, kind of unapologetic boldness about the real accuracy of all that entails. I mean it is messy and dirty and gross and hairy and painful and awkward and cringy and all of those things that we all remember... it just was all kind of fodder for making this film.

It was really beautiful to me how you also highlighted Chinese ancestral worship. I think that's a big part of Chinese immigrant culture that isn't really talked about or explored a lot.

As soon as I saw Sun Yi (one of Mei's ancestors), I thought of Guan Yin (a Chinese ancestral goddess)... we have a Guan Yin at home that we pray to, and I immediately latched on to that.

Was that (Sun Yi's characterisation) a personal choice from what you experienced with your family?

DS: Yes, but I mean, my family was never super religious. We would visit temples when we lived in China, and pray to Guan Yin, but it would be more of a casual thing. Then you know, we'd also visit our family gravestones and like burn money and paper, iPhones, and paper cars and stuff.

But it was just an interesting opportunity, I think, for us to create our own legend and mythology surrounding the red panda. We talked to several experts about Chinese folklore, Chinese mythology and Chinese religion just to make sure that this idea that we're proposing of this ancestor and her story tied to the red panda and the magic behind it was something... it didn't exist before but [if] was it okay for us to even... like, explore it.

I just love that that in so much Asian culture and in so much Chinese culture, there is this respect and this honouring of your ancestors, and I thought it would just really enhance and and dramatise Mei's struggle even more, between choosing her family and honouring her parents and their wishes versus you know, trying to be her own independent self and drifting more towards like, a Western life and Western culture and Western friends. It just felt like a stronger dynamic. From the beginning, you saw how much her ancestors, how much the temple, meant to her.

Turning Red will be released worldwide on 11th March, 2022. Check out the other interviews from our special Turning Red week here!