The vocalist's first solo EP features a bevy of bright tracks, just in time for spring.
Written by
Aimée KwanMarch 16, 2022 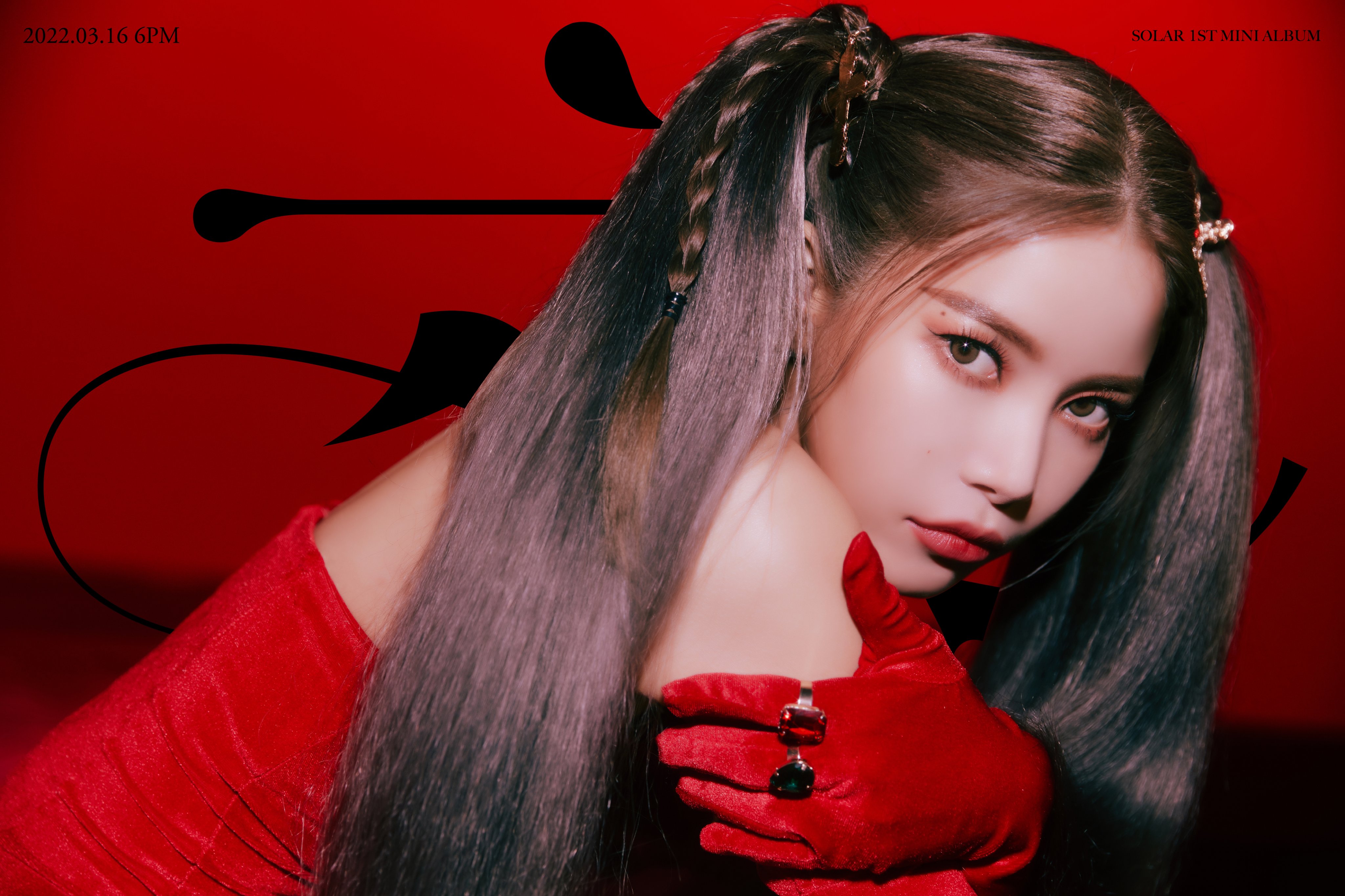 Four member girl group MAMAMOO has long been loved for the very distinct personalities and musical tastes of all their members, and it was never in any doubt that when each member went solo that they would all craft very individual sounds for themselves. As the last of the members to release a solo record, fans (also known as Moomoo) have been waiting to see what kind of record Solar would craft as a follow-up to her 2020 pop jam ‘Spit It Out’.

容 : FACE brings more Solar fun and confidence to the table, as seen through title track ‘HONEY’. The bouncy dance-pop song is complimented by an equally as bright music video with — as one would expect — plenty of honey-themed imagery as well as bright sets that catch the eye. It’s a song that is perfect for the spring and summer months and continues the trend of strong title tracks from the MAMAMOO members.

Of the five tracks on the album, four of them play with contemporary hip-hop and R&B pop sounds, from the dance club-inspired intro (and anthem) ‘RAW’, to the energetic and adorable ‘chap chap’. Solar’s vast vocal range has long been appreciated, but these songs instead help to show softer and lighter textures to her voice. On the final song on the album ‘zinggle zinggle’, Solar conveys to a partner the feelings she has for them, no matter if they fight a little more than she would like. The song is all bright and happy vibes, and sparkles as the album’s closer.

It is in track four, ‘Big Booty’, that we see Solar’s vocal abilities showcased best, with the big band jazz track whisking listeners away to the classiest of jazz clubs. Her voice suits the genre well, and given that ‘Big Booty’ is the longest track on the album, both the big band instrumental and Solar’s own voice are given space to shine. It’s arguably the stand-out song on the album, not just because it is the most different from the other tracks in terms of genre, but also because of the track’s sheer theatricality and cheekiness.

容 : FACE is an album that is, quite simply, fun. You can imagine Solar recording all five tracks with a big smile on her face, and as a result the album has charisma in spades. Released just in time for the coming spring, both fans and casual listeners alike will enjoy how the lightness in Solar’s voice is balanced out with the overall brightness of the album. She has put out many a ballad out before, most notably during her Solar Sensitivity series that saw her cover some classic Korean songs. In that sense, 容 : FACE shows a different side of Solar away from the acoustic and emotional songs that she has been able to own in spades before, and instead joins the upbeat energy of ‘Spit It Out’.

It will be interesting to see where Solar goes in upcoming solar releases: ‘Big Booty’ so clearly showed how she owns the big band jazz space as though she was born to sing the genre. Whether or not she will play more with those sounds in the future remains an exciting prospect simply because few mainstream pop artists venture into that sonic landscape. Yet, even if she decides to stick with the bright pop she completely owns in this album, that’s no bad thing; 容 : FACE is joyful, cute and simply one of the most feel-good albums that has come out this year.