TOMORROW X TOGETHER Reminds Us There’s Skill in Their Chaos

In The Chaos Chapter: FIGHT OR ESCAPE, the unstoppable five-piece boy group enriches their discography by expanding on an already acclaimed album.
Written by
Aimée KwanAugust 17, 2021 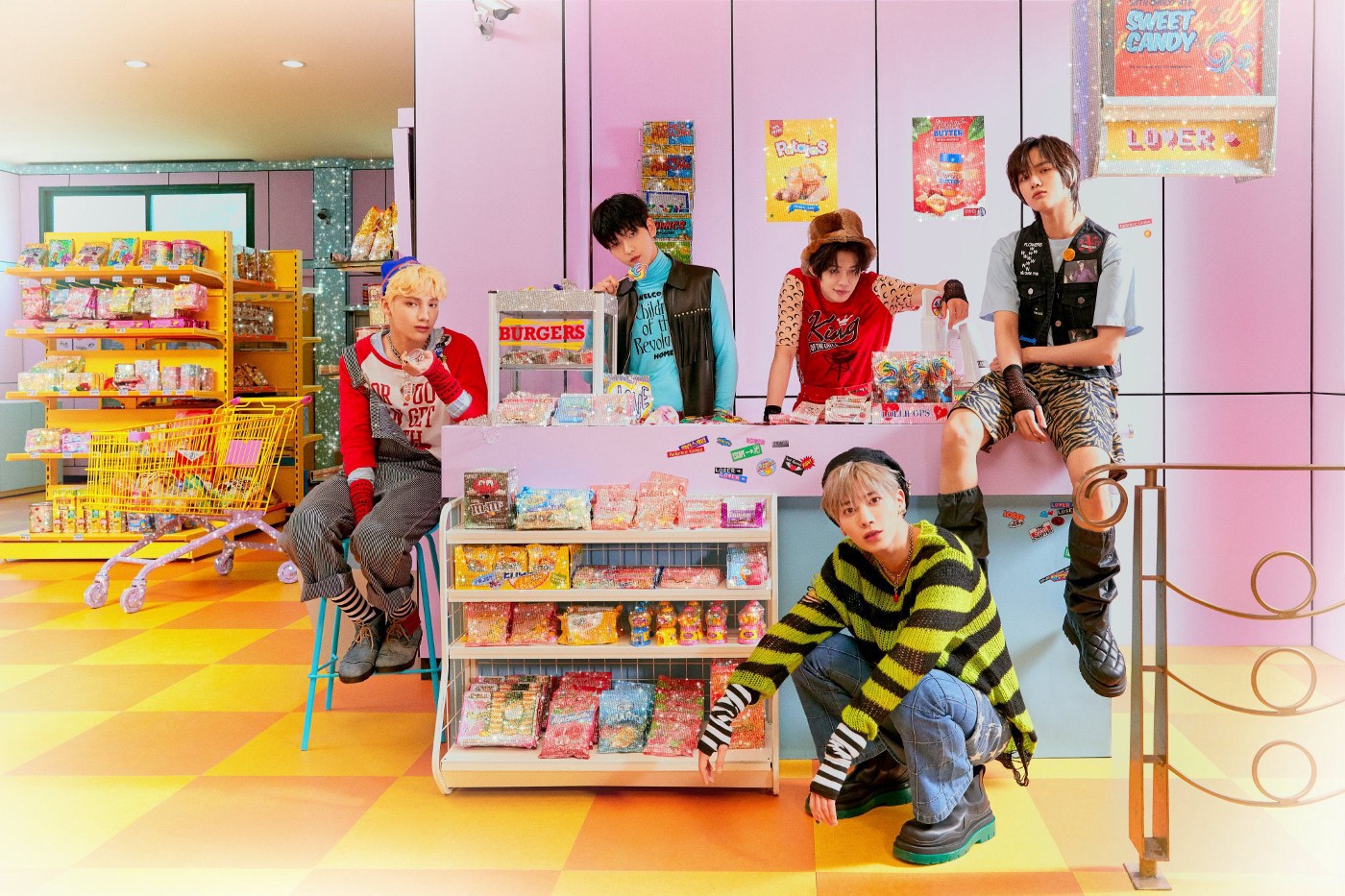 TOMORROW X TOGETHER have had quite a 2021. Their second full album, The Chaos Chapter: FREEZE, received a 89% score on Metacritic, debuted on the Billboard 200 at number 5, and as of writing is the first K-Pop album released in 2021 to spent nine weeks on the chart.

You’d be forgiven for thinking that they’d slow down in the second half of 2021, but instead of dropping another EP, they’ve attempted to expand on an already strong record with album repackage The Chaos Chapter: FIGHT OR ESCAPE. Sometimes repackages can feel very much like a marketing grab, with additional tracks paling in comparison to the tracks that made the original album so great. However, TXT takes care to not fall into this pit through three new tracks mixed into the record that instead add a new dimension to the well-loved original album.

Title track ‘LO$ER=LO♡ER’ — which wins for cutest but also most complicated song title of the year — starts this off with pop-rock angst turned up to the max. It possesses the same anthemic feel that the group’s last title track ‘0X1=LOVESONG (I Know I Love You) (feat. Seori)’ also had in spades, although this time the vocals are a little more tortured, the music video includes even more storylines for us to follow and the lyrics speak of a love so emotional that even words don’t seem enough. ‘0X1=LOVESONG’ was such a hit that it makes perfect sense for the group to build on the success of that soundscape with a title track that provides even more of those sounds, and then some.

The next new track on the album ‘MOA Diary (Dubaddu Wari Wari)’ notably comes eighth in the tracklist, a great move in the group’s attempts to ensure that the repackage is not just treated like a The Chaos Chapter: FREEZE deluxe version, but its own new and expanded narrative. Placed between dance bop ‘New Rules’ and secret album MVP ‘Dear Sputnik’, ‘MOA Diary’ manages to somehow be even brighter than almost all the other tracks that have come before it. As a song dedicated to their fans (also known as MOA), the lyrics make it clear that if you’re not a MOA and you don’t get this track, the band still hope you’re come away feel nothing but hope and positivity:

In such a short space of time, TOMORROW X TOGETHER have already grown to be one of the best-selling groups of K-Pop’s 4th Generation, and the loyalty of their fans undeniably plays a massive role in this. It’s endearing to see a band express the love of their fans so openly through music; yet it’s possible to see how skeptics or the general public might find such a track a bit too saccharine or alienating. However, I’d argue that in a world where commercial music can sometimes appear over-clinical, it’s always charming to see an artist happy to drop a track that at its heart is purely meant to be a thank you for all they’ve been able to achieve.

‘0X1=LOVESONG (I Know I Love You) feat. Seori (Emocore Mix)’ is the last new track in the album, and also the last track overall. It’s a good fit at the end of the tracklist after FROST, one of the harder and gritter tracks on the album. You couldn’t think of a more appropriate name for the remix than ‘emocore’ if you tried, as the track leans into the song’s rock sensibilities even more than on the original mix. Guitar features more prominently across the track’s instrumental, and bold stadium-level chords underline the entire chorus.

After the gentle remix of the same track that featured pH-1, Woodie Goochild and Seori which dropped earlier this year, TXT have now put out three versions of ‘0X1=LOVESONG’ (including the original) which means there’s truly a version to suit everybody. All three versions truly feel like alternate universe takes on the same track, each with its own individual narratives and quirks. In a world where sometimes one too many remixes of a track can get put out, it’s a strong statement of intent that TXT’s first forays into remixing their popular tracks haven’t just been gratuitous.

The repackaging of a great album is never easy, though some of the best examples in the industry show how a great repackage can elevate an already great music era into a truly landmark one. With The Chaos Chapter: FIGHT OR ESCAPE, TOMORROW X TOGETHER has taken a bold step to create this for themselves, ensuring that their loyal MOA will be appeased with new tracks, whilst also reminding the more casual listener why their Chaos Chapter era has been so loved by fans and critics alike.

In just two years TOMORROW X TOGETHER have brought both dreams and chaos to the popular music industry — now we wait with bated breath to see what they bring next.

The Chaos Chapter: Fight or Escape is out now. TOMORROW X TOGETHER can be found on Instagram, Twitter and all streaming platforms. All translated lyrics are from Genius English Translations.