Upcoming Pixar film 'Turning Red' locks down some exciting big names ahead of the film's 2022 release.
Written by
Aarabi BaheerathanNovember 19, 2021 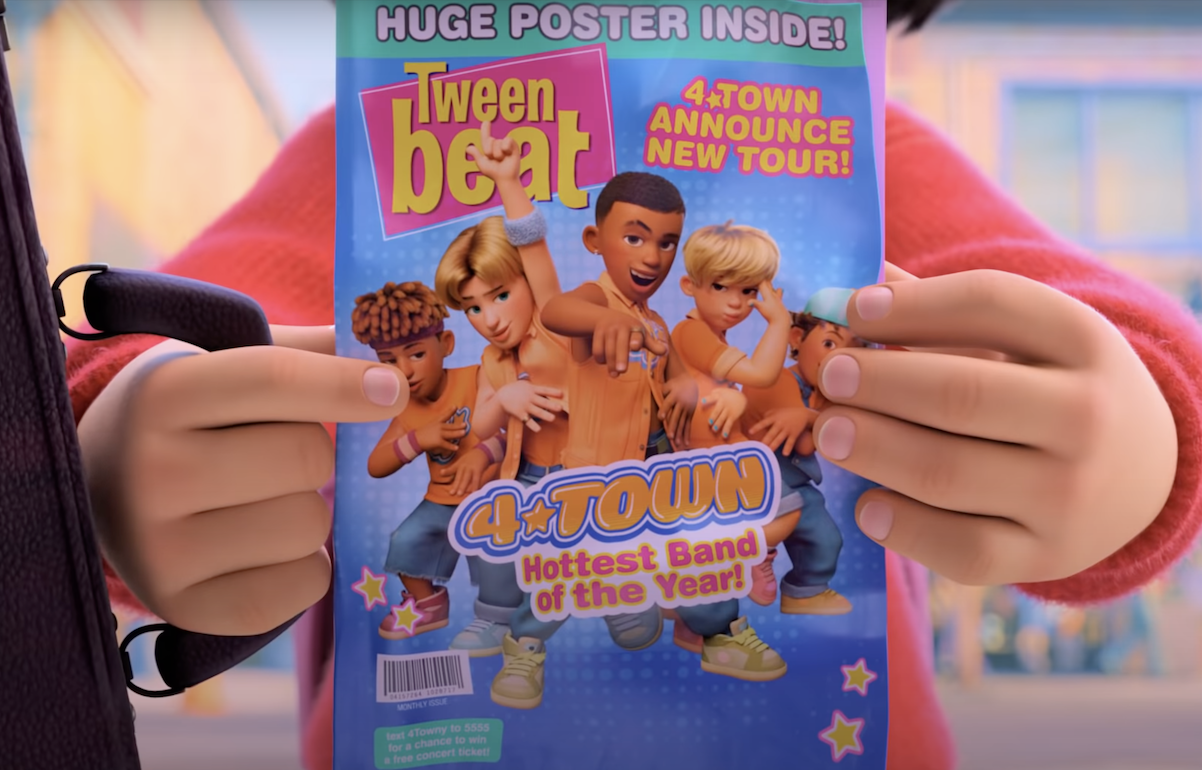 If you weren’t already shaking with excitement for Disney and Pixar’s upcoming movie Turning Red, we just received word that - cue screams - Pixar’s first ever boyband, named 4*Town, will be featured in the film! The film follows Mei Lee (voiced by Rosalie Chiang), as she deals with the trials and tribulations that any 13 year old face, except for one minor detail - any emotion too strong can cause her to “poof” into a giant red panda! Trying to keep emotions and passion under control as a 13 year old girl is hard enough, but throw in an obsession-worthy boyband into the mix, and it’s practically impossible!

Enter 4*Town - no coming-of-age tale set in the 2000s would be complete without a boyband craze, and these boys are here to fill the void. The brand-new heartthrobs will be voiced by Jordan Fisher, Grayson Villanueva, Josh Levi, Topher Ngo and Finneas O’Connell (also known as FINNEAS).

“We needed our character Mei to be obsessed with something that her mom would not  approve of,” said director Domee Shi, who has previously won an Academy Award® for her Pixar short Bao. “Boy bands were the first step into the world of boys for a lot of girls that age. The guys were all super pretty, polished, soft and loving, and they had of way of bringing girls and their besties together. Plus, I thought it’d be really cool to create an animated boy band.”

4*Town is the Pixar’s first ever animated boyband and, with an all-star songwriting team  consisting of GRAMMY®-winning singer-songwriters Billie Eilish and FINNEAS, they’re already set for superstardom. The first of three original songs, “Nobody Like U”, features in the new trailer for the film, and all of us here at &ASIAN are already hooked!

Billie Eilish, an artist that needs no introduction, has already made history as the youngest artist to win in all the major categories at the 62nd GRAMMY® Awards, whilst her brother FINNEAS, also a GRAMMY® award winner, has an awe-inspiring catalogue of songs he has written for not only Billie, but also Selena Gomez, Kid Cudi and Justin Bieber, amongst others.

As if that wasn’t enough, multi award-winning Swedish composer Ludwig Göransson is also composing the Turning Red score. Audiences may have previously encountered his incredible work in Black Panther and The Mandalorian, and we can't wait to see what this versatile composer has in store for Mei's story.