"Where You At New York!?" SB19 Kick Off Their North American Tour Dates With A Bang

Four years and a pandemic have separated SB19 from their stateside fans, and last Saturday, they finally re-connected via the group’s Where You At (WYAT) Tour in New York.
Written by
Francesca Verceles-ZaraNovember 9, 2022 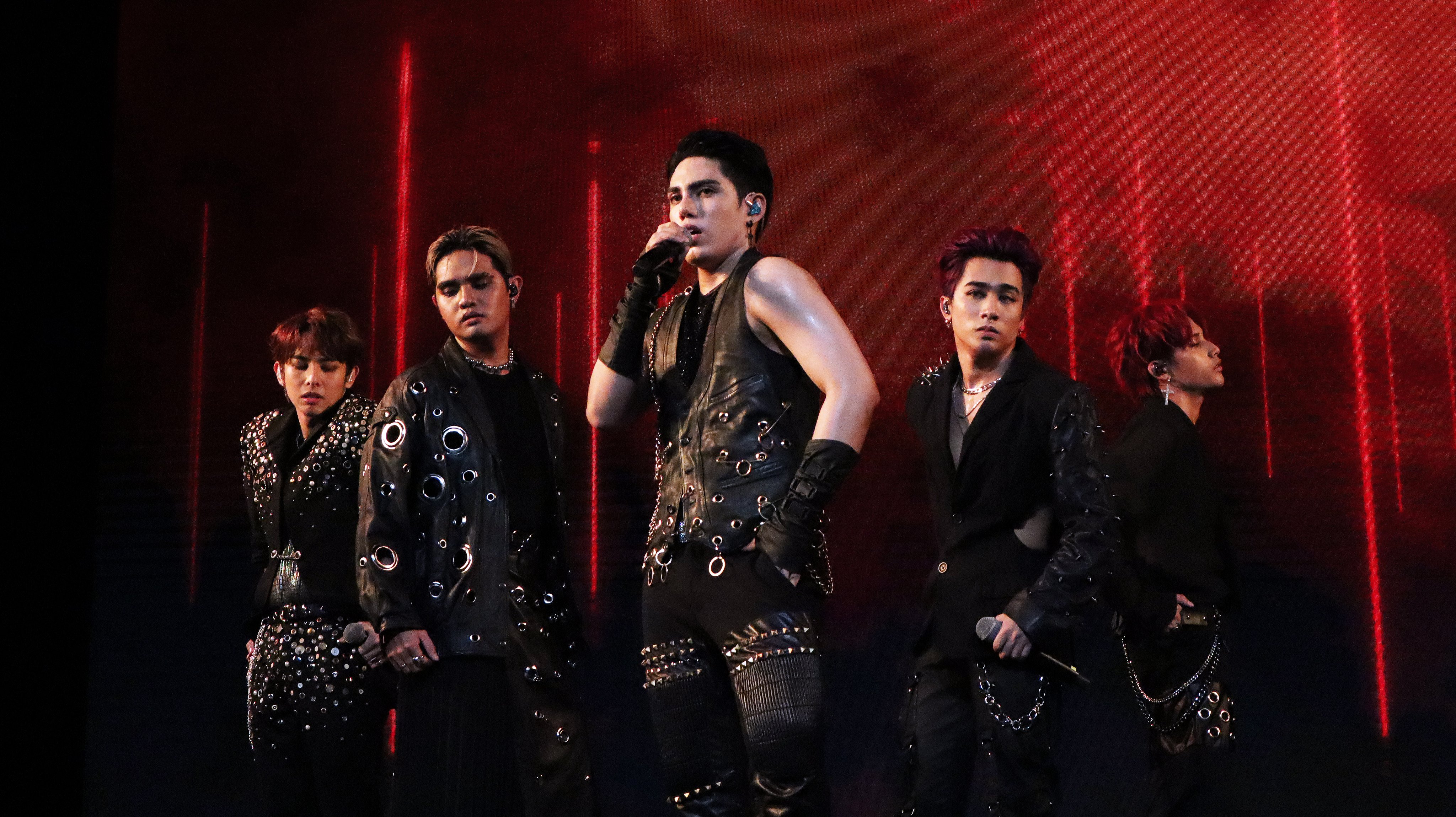 SB19 perform in New York. Photo: SB19.
Now Reading:
"Where You At New York!?" SB19 Kick Off Their North American Tour Dates With A Bang

In a time where concerts and festivals can be live streamed straight to your tv or computer while you sit in the comfort of your home, nothing still quite beats going to a live performance. SB19's fans (also known as A'TIN) would agree: the long queue to The Palladium in Times Square wrapped around 44th Street onto Broadway well before the doors opened for P-Pop group SB19’s much anticipated North American leg of the Where You At Tour (WYAT) Tour.

SB19 isn’t the first Philippine-Pop group to have been formed or to have debuted; however, their reputation as one of the most influential P-pop groups in the industry, giving visibility to South East Asian and - notably - the depth of musical talent in the Philippines, definitely precedes them. Though the group debuted in 2018, in 2020 they were the first Filipino and South East Asian act to be nominated at the Billboard Music Awards for Top Social Artist amongst artists like BTS, Blackpink,and Ariana Grande. Locally, they've been awarded titles like Top Celebrity (2021) and PPOP group of the year (2022) at the Philippines Tiktok awards. Despite this, a multitude of things have kept the group from going on an international tour: such as the question of disbandment and more obviously, the pandemic. Yet the group has persisted and were finally able to greet their international fans this year with their nine stop tour including cities such as Manila, Dubai, LA, and ending in Singapore.

Much to the theme of their most recent single and the name of their tour ‘WYAT (Where You At?)’ A’TIN (prounounced eighteen) were able to disconnect in order to reconnect with the quintet (Pablo, Josh, Stell, Ken, and Justin) for an hour and forty-five minute experience that surely no A’TIN would forget. This theme was the through-line that connected each song and segment together throughout the entire performance, really focusing on where the group has been, where they are right now, and where they hope to go in the future.

The show started with two hard-hitting tracks ‘What?’ and ‘Mana’ off of their 2021 EP Pagsibol to really get the crowd hyped and excited. The groupp's energy was electrifying and really showed off the experience that the group gained from everything their long career in the Philippines. Ballads like ‘Hangang sa Huli’ & ‘MAPA’ really showcased the group’s vocal range where there aren’t any holes in their vocal line. Their performance of ‘Mapa’ was touching as it was a tribute to not only their parents but also to everyone who has supported them throughout their journey as artists and for those who have never given up on them.

The transitions between songs and segments were fluid in terms of how the setlist was built around their VCRs and the skits in between. Even though a majority of the audience was Filipino, the boys spoke English the entire time to engage with the fans in a manner that felt really comfortable. The group joked that after three hours their English runs out and they would just revert back to Tagalog, which captured a resounding laugh from the crowd.

Between their song ‘Tilahula’ and the song that really started it all for the group ‘Go Up’, SB19 thoughtfully paid homage to their show being in New York with a skit that circled around broadway shows; member Stell sang a couple of songs in a musical fashion, accompanied by the rest of the group. This further showcased the thoughtfulness put behind the production of the concert.

Throughout the show the quintet always made sure to interact as much as they could with their fans by responding back to their calls of fans telling them “I love you!” and completing the multitude of hearts that fans would hold up for their favorites to finish. They even went as far as doing their best to take selfies with many a fan’s phone to provide the ultimate experience for them. The concert ended with ‘SLMT’ (salamat, meaning thank you Tagalog) as a thank you to A’TIN and everyone coming and spending time with them and the group, ever thankful, repeatedly thanked their fans for pulling up to the concert even after they had left the stage after their final bow.

For those who haven’t listened to P-Pop at all, this is definitely a departure from what casual listeners may be used to from Pinoy entertainer legends who are usually known for powerful ballad singers. SB19 is a gateway to a new generation of P-Pop that has a distinct colour that stands out from other groups and artists that have recently made waves. With the turnout at this recent show and excitement from the energy of the crowd, the concert further showed the potential for SB19 to become a globally recognised group.

At the end of the show, Pablo (the group’s leader) made a declaration not only to his bandmates but to A’TIN: “atin to, this is ours". It truly solidified the confidence and the promise that the future, whatever it may hold for both SB19 and their fans, is theirs.

Links for tickets for the other stops on SB19's Where You At Tour can be found here. SB19 can be found on Instagram, Twitter and all major streaming platforms.