"Who got the Joker?": ONEUS Returns With Another Strong Concept Album

The group's seventh mini-album is a record as multi-faceted, playful and energetic as its title suggests
Written by
Aimée KwanMay 25, 2022 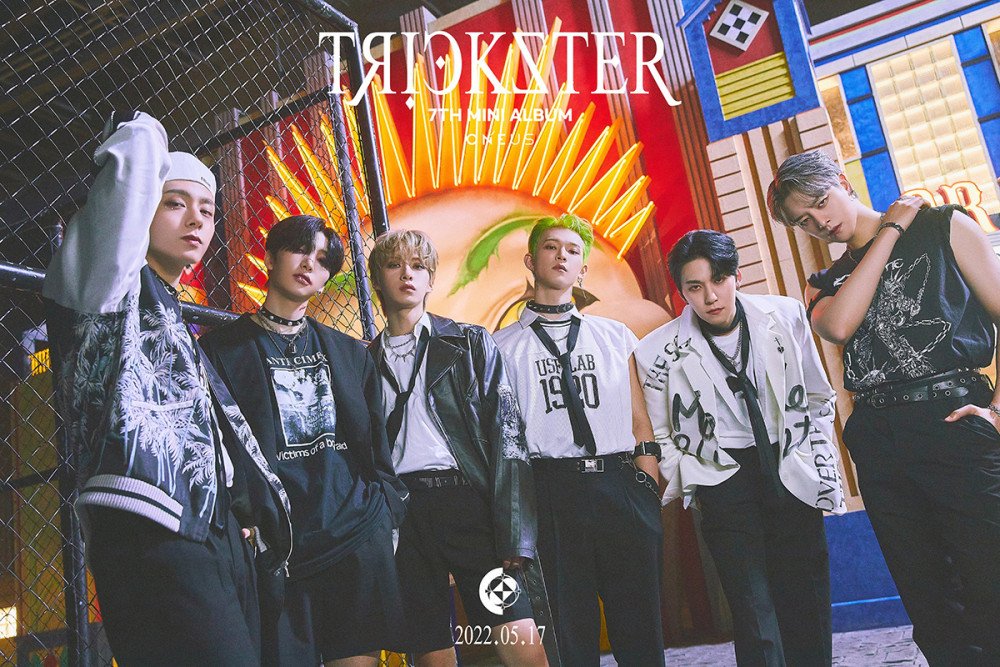 ONEUS for 'TRICKSTER'. Photo: RBW.
Now Reading:
"Who got the Joker?": ONEUS Returns With Another Strong Concept Album

For the past few records ONEUS have made it their business to craft self-contained, tight albums that take the listener on whatever sonic journey they think best suits the concept they’ve decided to own next. From the lyrical, heightened cinema of BLOOD MOON to the dark, gothic intensity of LIVED, ONEUS have worn every new concept like a glove and in TRICKSTER, they do the same again.

Title track ‘덤벼 (Bring it on)’ lifts the lid on the fun chaos the group intends their newest comeback to bring, with a zany horn section in the chorus elevating the track from a fun, intense pop song to one that leaves it all on the table. It’s very different from their previous (and very ethereal) title track ‘LUNA’, but for fans that have shown up due to their previous comeback, it’s a reminder that ONEUS’ greatest strength is their ability to do something completely different every time we see them.

Tracks ‘Firebomb’ and ‘Mr. Wolf’ both play with the intense and high octane sound established by the title track. Just like ‘덤벼 (Bring it on)’, ‘Firebomb’ also has fun with horns in its chorus, but this time in some repetitive percussive element s— akin to clapping — in the instrumental give the track a perfect-for-summer party feel. ‘Mr. Wolf’ is the kind of a song a conceptual music video would be perfect for: it’s a mid-tempo playful pop track where the synths and whistle combo transports the listener out of the everyday and into an alternate universe where Little Red Riding Hood and the Big Bad Wolf go on heists together before double-crossing one another. It’s unlike anything the group has done before, and in ONEUS’ hands, it works superbly.

Third track ‘Skydivin’’ is the spiritual and lyrical sibling to other upbeat feel-good escapist ONEUS tracks like ‘Life is Beautiful’ and ‘Airplane’. A 00s-esque guitar-filled pop song, the song touches on getting away from your anxiety and floating free above the clouds and all your worries. By contrast, ‘Fragile’ is the chillest track on the album that also gives the group’s vocals the most space to shine. A song that touches on the nervousness and ‘fragility’ that comes with uncertain romantic feelings, the group’s pared back and light vocal tone serves to highlight their ability to easily play with many different facets within a concept.

As may already be evident, ONEUS’ execution of TRICKSTER’s concept is not reduced to something as simple as just exhibiting the chaotic energy its title suggests. Whilst ‘덤벼 (Bring it on)’, ‘Firebomb’ and ‘Mr. Wolf’ is — and there is truly no better word for it — fun, the tracklist order helps to highlight how deeply the group has wished to take the concept. ‘Skydivin’’ sits between ‘‘덤벼 (Bring it on)’ and ‘Firebomb’, and ‘Fragile’ is the filling between ‘Firebomb’ and ‘Mr. Wolf’, thus constantly shuttling the listener between intense sounds and more freeing ones.

Even the lyrics and concepts play with different sides to unpredictability: if ‘덤벼 (Bring it on)’ is the God of Mischief at their most defiant and combative, ‘Firebomb’ sees them facing down a love so intense they’re tripping over their very being. No track is quite the same as any other, both musically and lyrically.

In the opening track to ONEUS’ newest record TRICKSTER, member Keonhee asks of us listeners “Who got the Joker?” At first, this seems (as with all ONEUS intros) to merely be a perfect scene-setter, especially for an album very pointedly named TRICKSTER; but as they take us through a complete rollercoaster ride of sounds and emotions that never stops being fun for even a second, perhaps the joke was on anyone who thought ONEUS wouldn’t keep us guessing ’til the last.

After all, a trickster never sticks to one trick.