WONHO Raises The Roof In London

The pop sensation rounds off the European leg of his 'Facade' tour in London, greeting a crowd of adoring fans with as much - if not more - love in return.
Written by
Aimée KwanSeptember 5, 2022 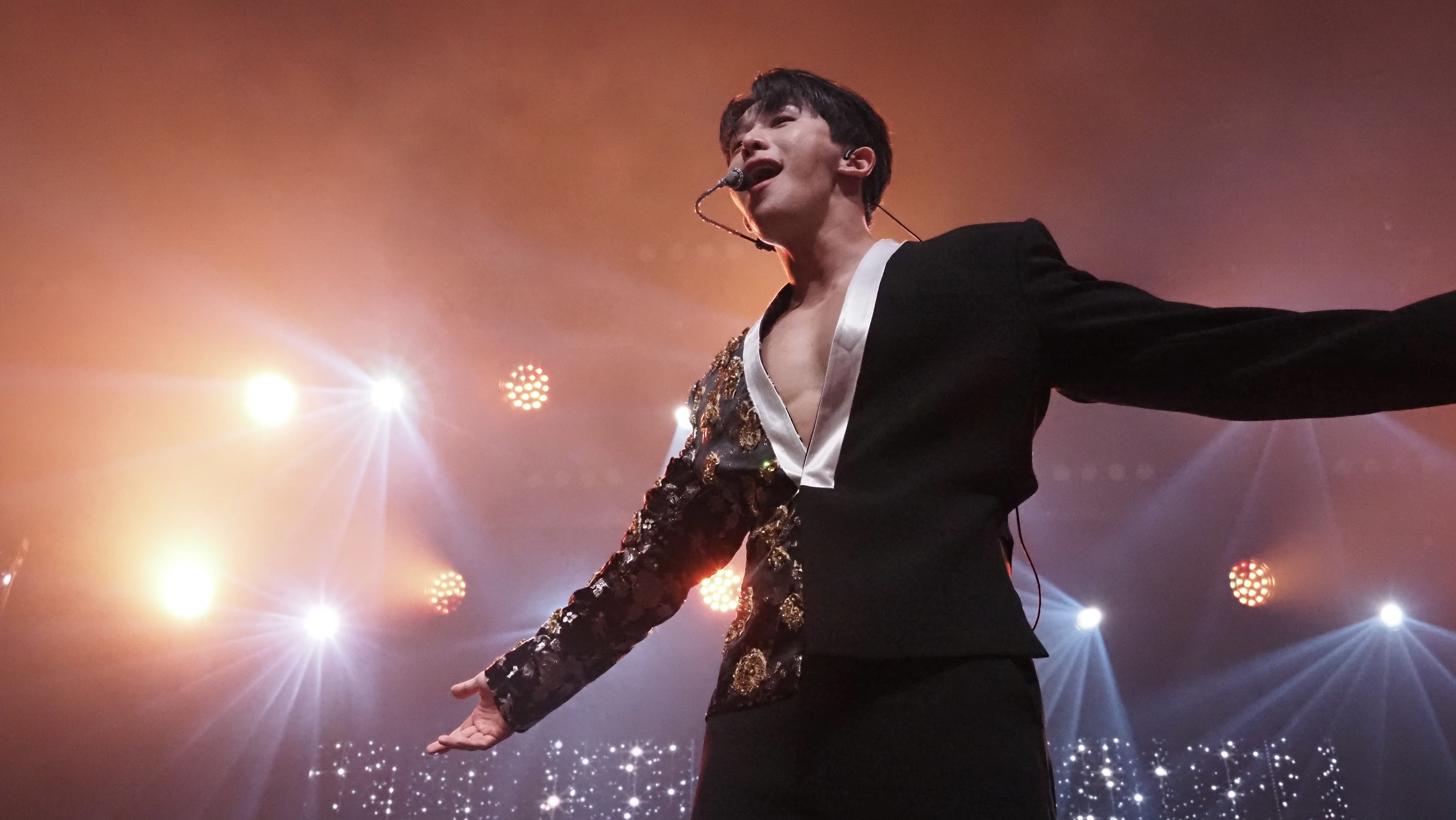 WONHO performs to the crowd in London. All photos: Aimée Kwan.
Now Reading:
WONHO Raises The Roof In London

Pop soloist WONHO is known for many things: his groovy brand of electro-pop, his sleek dancing style and (as has made many a round on TikTok) his incredibly chiselled physique. All these things and more have won him many fans around the world and long queues outside the Indigo at The O₂ on Sunday evening showed off just how many were eager to see him return to British shores.

WONHO’s three mini-album and one single album discography is split between upbeat, fun pop tracks like ‘Blue’ and ‘Ain’t About You (feat. Kiiara)’, more sultry, R&B offerings like ‘Devil’ and dance-club songs like ‘Open Mind’. The performer and songwriter brought these many different sides of himself to the stage in London, kicking things off with ‘Open Mind’ and ‘Best Shot’, both songs that got things off to a bang with their electro grooves and slick choreography.

The easy transitions between all his different songs highlighted how cohesive his glossy-pop sound is across his entire discography so far. Even though the majority of the songs saw him showing off his performance skills and strong stage presence, fans (also known as WENEE) were also treated to flashes of vocal brilliance from the pop star, particularly during his slower songs like 'I just'. Often, WONHO’s visual presence precedes any of his other artistic abilities; however, during one particularly memorable spot when he chose to sing a snippet of a song from his star turn in musical ‘Equal’, his vocal chops truly could not be denied.

It would be remiss to cover a WONHO concert and not at least give his outfits a mention. After all, he went viral in 2020 due to several shots of his physique and dance moves in his ‘Open Mind’ music video going viral on TikTok. Since then, his stylists have always been careful to put him in fits that do justice to the physique he clearly works hard for and of which many are in awe. To the delight of all, he appeared in four different outfits throughout the show, with each as memorable and different as the last.

However, for those wondering if fans only showed up for his seemingly endless number of abdominals, the crowd singing along to every single song was a reminder that he has sold just under half a million albums around the world. Even the encore to the concert was not so much an encore as a whole other mini concert added onto the end, with WONHO performing ‘White Miracle’, ‘Close’ and a second rendition of crossover hit ‘Ain’t About You (feat. Kiiara)’ amongst others before he wrapped things up via throwing a signed shirt into the crowd and telling fans one last time how grateful he was that they had stuck by him.

In an industry dominated by groups, it takes courage and grit to establish and maintain a solo career, and for WONHO all of his has been dominated by the pandemic. For any artist, having to establish yourself at a time when you cannot interact with fans and crowds in person might sound like an all-too daunting task. Yet, judging by the ear-splitting screams and cheers that echoed throughout the venue up until the very last moments of the concert, WENEE and casual fans alike have not only stuck with WONHO as he has grown, but on Sunday night, also found much joy in being able to tell him in person that they have done so.

His most recent album, Facade is out now. WONHO is on Instagram, Twitter and on all major streaming platforms.