WONHO’s ‘Blue Letter’ is a Message of Positivity and Hope 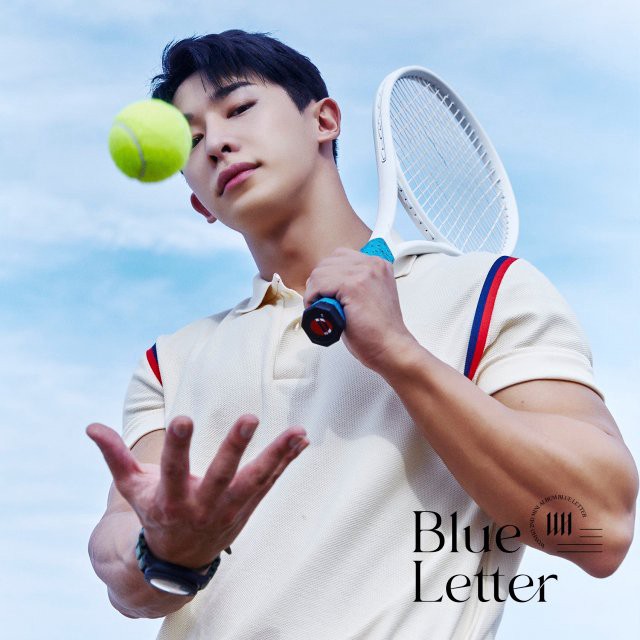 WONHO’s first year as a soloist has been eventful to say the least. After a slew of groovy hits coupled with slick choreo, outfit choices and music videos that have sent social media into a thirst spiral, he’s certainly carved his own niche in the K-pop industry.

His first two albums, Love Synonym #1: Right for Me and Love Synonym #2: Right for You set him up as a soloist owning R&B and dance-infused pop. Now Blue Letter sees him heading out into the sunshine: title track ‘BLUE’ is a fun pop anthem with fun bass line and a bridge that is created to be chanted out loud in stadiums:

‘We are young, we are dumb
We’ll just party all night long
When you feel, feel the blue’

There’s also an English version of the single included at the end of the album, following on from all of WONHO’s other title tracks that have also had English versions to cater to his international fans. ‘BLUE’ is a song made for summer and for the charts, and as autumn sets in it is a shoe-in bet for all the playlists soon to be created to chase away the winter blues.

If ‘BLUE’ is the radio-friendly entry song for new listeners, tracks such as ‘Come Over Tonight’ and ‘Stranger’ are the MVPs on the record. With less busy production, WONHO’s vocal abilities are given room to shine here, with ‘Stranger’ in particular standing strong as one of his best-ever ballads. As a tender song speaking of a missed love, the light guitar instrumentals still give the song a level of brightness that suggests that one day he might be able to get out of the cloud of loneliness the lyrics convey.

‘Inside of this changed world
I’ve been left alone, I’m fallin’
What I gotta do?
Tell me’

In this pandemic and post-pandemic world, surely we all hope to see some brightness at the end of any lonely tunnel we may find ourselves in.

‘Intro: Seasons and Patterns’ is also one of WONHO’s best purely instrumental tracks, setting the stage for the summer vibe that runs throughout the entire record through its beautiful piano melodies that would fit nicely on the soundtrack of any drama. ‘No Text No Call’ and ‘24/7’ would not be amiss in the discography of any classic Nineties or Noughties boy group, and like its other album siblings, it also benefits from light production that brings an air of hope and optimism to even the heaviest lyrics on the album.

Blue Letter is a summer album through and through, and stands out from the rest of WONHO’s discography by being the brightest and most sonically carefree of his albums. Even the lyrical depth that one expects from him, whilst still here, is a tad less angst infused than in previous records and is instead more focused on joy and the potential that exists in relationships.

WONHO’s sincerity is distinctive throughout his entire artistic output, even before his solo days. Blue Letter comes across as an album from an artist wanting to offer up a different, more sunny side of himself than he’s been able to express before. His previous work has been rich and deep enough to keep people on tenterhooks and his 180° into the summer realm makes the long-time listener feel like you’re switching from a comforting hug by the fireside to a calming dance on the beach.

As Blue Letter will surely satisfy fans and casual listeners alike by keeping up the pretence that summer might last a few weeks longer, it’s fun to think what other avenues of sound WONHO will be exploring in the years to come.

Blue Letter is out now. WONHO is on Instagram, Twitter and on all major streaming platforms. All translated lyrics are from Genius English Translations.